Organizers said the campaign gathered around 300,000 signatures but that number could be closer to 500,000 as gatherers turn in more petitions. 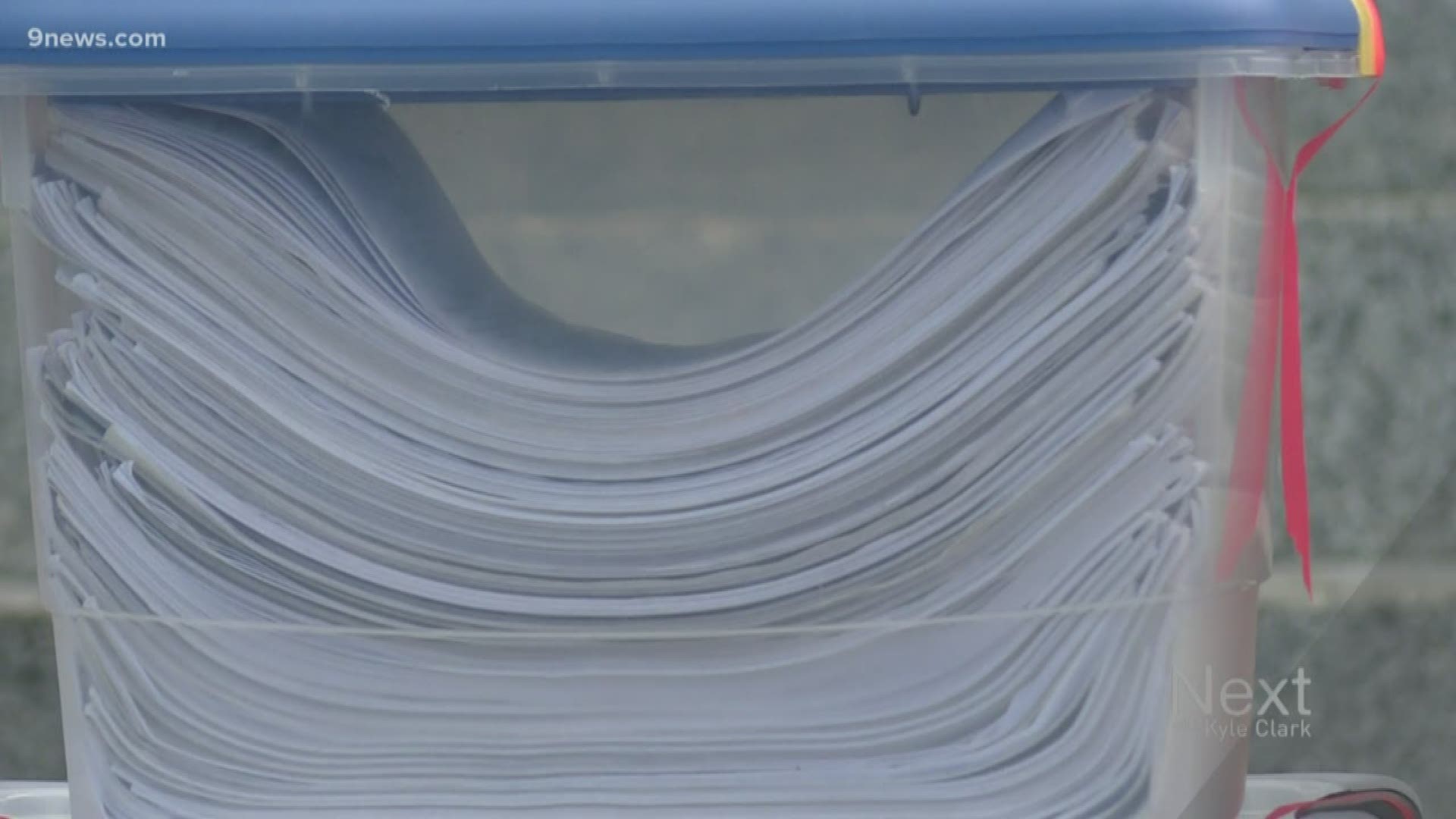 DENVER — The Dismiss Polis recall campaign has fallen short of the 631,266 signatures required to make the ballot, according to organizers.

The effort said Friday it collected around 300,000 signatures, however reporters at the group's news conference were not shown the contents of the boxes. Dismiss Polis said it was still waiting for petitions to be returned and estimated it may have half a million signatures. Friday was the deadline for petitions to be turned into the Secretary of State's Office.

"The required number to force a Polis recall signature election was just over 631,000. We fell short of that," said Dismiss Polis spokeswoman Karen Kataline at a news conference on the steps outside Polis' office at the Capitol. "We were accused that this was somehow a fraudulent campaign. That we were doing it for data mining. None of that is true."

However, when asked if the group would shred the petitions, she chuckled when she answered.

"Absolutely not. This information belongs to Dismiss Polis and Resist Polis PAC. I haven't even seen it. And no, we wouldn't shred it. And no Democrat and no leftist group would do so either," said Kataline. "We didn't do it for data mining, but the valuable idea of being able to identify people who are just as angry about what's happened in this legislature as we are, it's valuable to know who those people are. There's nothing illegal, nor should it be. Everything in politics is identifying your voters. That is not why this campaign was done."

No petition signature-gathering effort in Colorado history has needed so many signatures, which represent 25% of the votes cast in the last election.

Kataline confirmed that recall organizers will not submit the gathered signatures to the Secretary of State for verification.

"We will not submit these signatures to the Secretary of State so we can protect the rights of any group in the future to mount any recall effort, and you never know when there might be one," said Kataline.

"The information will be secure, will not be shared or sold to people for 'all that,'" said Kataline.

Several Republican-led recalls of state legislators have already fizzled out before signatures were submitted. Polis acknowledged this in a statement about the recall effort.

“After all that fuss, I was pleasantly surprised that they didn’t turn in a single signature on the recall," the statement reads, in part. "I hope the remaining misguided efforts against others see the same results as Tom Sullivan’s did before. Recalls should not be used for partisan gamesmanship."