Going into the first presidential debate with incumbent Pres. Donald Trump and Democratic challenger Joe Biden, 9% of Coloradans were undecided. 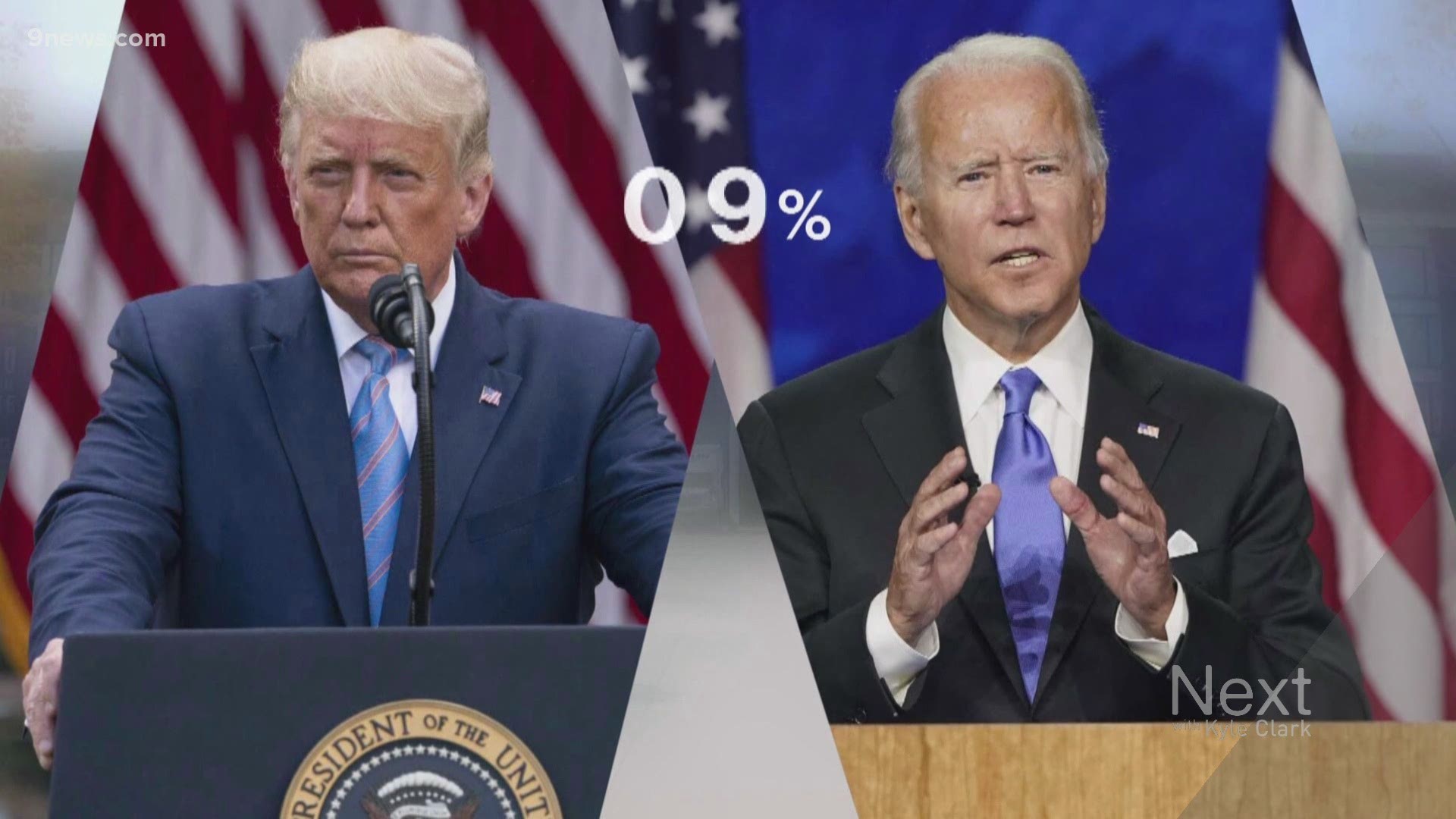 DENVER — Did the first presidential debate sway your opinion?

There weren't many undecided voters to be had in Colorado, at least according to Louisville-based conservative-leaning polling firm Magellan Strategies.

"We get the math here by doing internal surveys. We're constantly asking likely voters in Colorado, in the election for President -- we have a very standard, unbiased way of asking that question, and so we have a lot of data here internally at our shop," said Flaherty. "It's around 9%, 8 or 9%, high single digits, tops. But, it's been that way for a very long time, it's been that rock solid, really, since the beginning of August."

After a presidential debate that saw the candidates talk over each other and insult each other, what would be a good question to ask a voter on Wednesday morning?

So, did you change your mind or did you become undecided after watching the debate tonight?