“If that call came again today, I would go today, and I believe very strongly that probably Aaron would, as well." 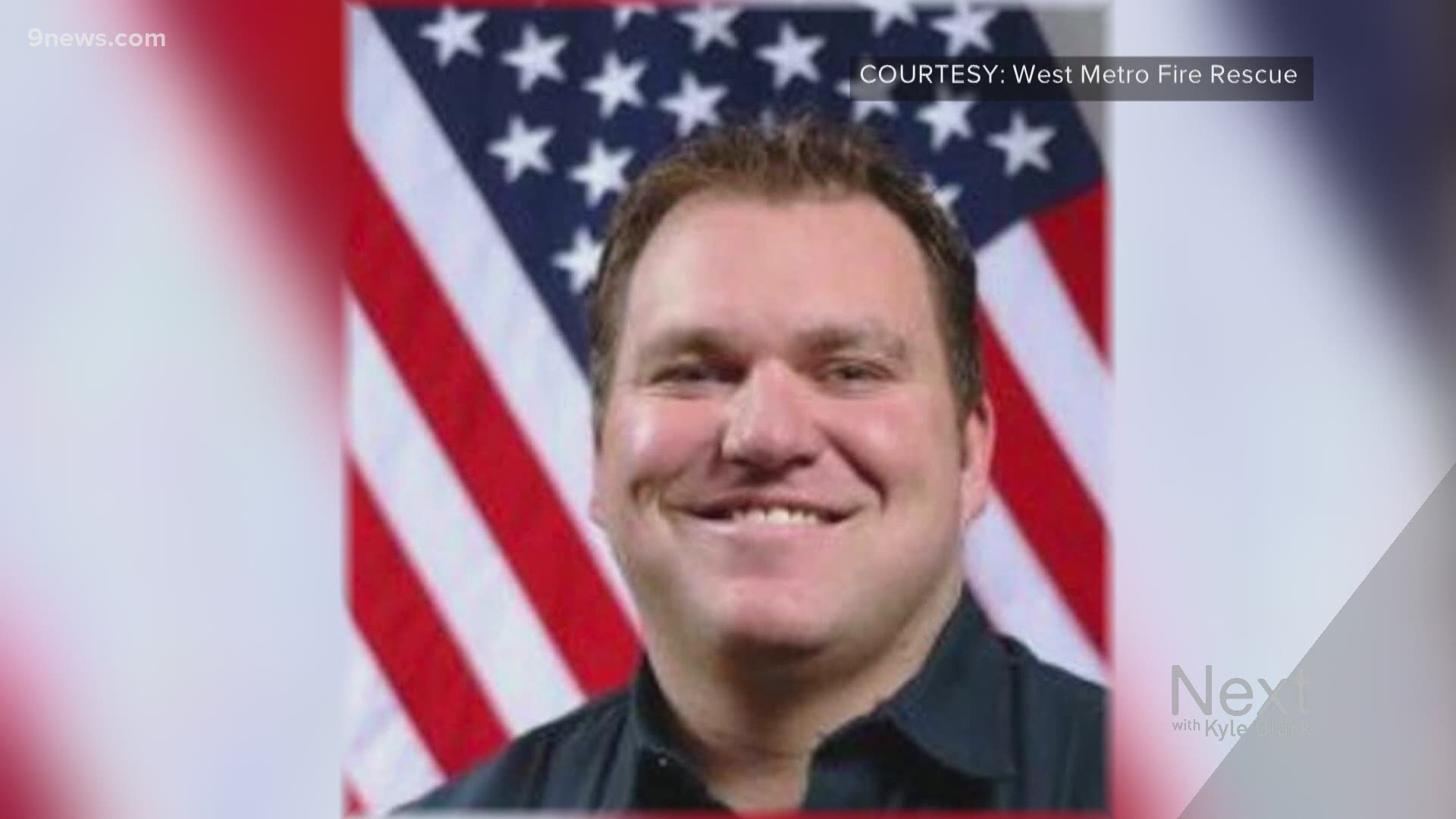 DENVER, Colorado — Nearly 3,000 people died in the 9/11 attacks 19 years ago. But the death toll continues to climb as firefighters from across the country who responded to New York get cancer, including a West Metro firefighter who passed away two years ago.

“It was like absolutely nothing you've ever seen before, just to the amount of destruction. The actual height of the piles that we were working on was enormous,” said Steve Aseltine, the division chief at West Metro Fire who was sent to Ground Zero after Sept. 11, 2001, as part of Colorado Task Force One.

Fellow firefighter Aaron Lybarger was with Aseltine that week, sifting through rubble. The cancer that eventually killed Lybarger was believed to have developed after he was exposed to toxins in New York.

“We all miss him dearly and he certainly paid that ultimate price. Great amount of respect for his family, and we miss him a ton, as well. He was our family, as well,” said Aseltine.

9/11 sparked a conversation about the cancer risk firefighters face, especially when buildings crumble and burn, emitting all kinds of toxins.

Garry Briese, executive director of Colorado State Fire Chiefs, dedicated his career to improving the fire service nationwide. He says change really ramped up in 2013 when literature about the risk hit firehouses, warning firefighters that they are twice as likely to get certain types of cancer compared to the rest of the population.

“Our firefighters today are healthier, smarter and more active than firefighters have ever been before. They understand more and more about the dangers of their job and take action to mitigate those dangers,” explained Briese.

Dirty bunker gear is no longer a badge of honor. Showering off carcinogens is a high priority after a fight.

In Colorado, there is also a trust that supports firefighters with cancer financially, avoiding long worker compensation battles.

“That’s not saying that we've arrived, but certainly, the conditions in the firehouse on the fire ground with personal protective equipment and people's attitudes and awareness have evolved in a very good way,” said Aseltine.

It's too soon to tell if the changes will help prevent losing more people like Aaron Lybarger, and Aseltine says the threat to firefighters continuously evolves. But he's hopeful the challenge will be met, for Lybarger and all those who stand up to serve in the face of danger.

“If that call came again today, I would go today, and I believe very strongly that probably Aaron would, as well," Aseltine said.

The Centers for Disease Control and Prevention report about 19,000 people who survived or responded to the attacks 19 years ago developed cancer, though there's no way to pinpoint a specific cause. More than a thousand of those people have died.