Dave Johnson died the day before the 20th anniversary of 9/11. Right after, his family contacted Amanda Hake about the letter she wrote back then that he kept. 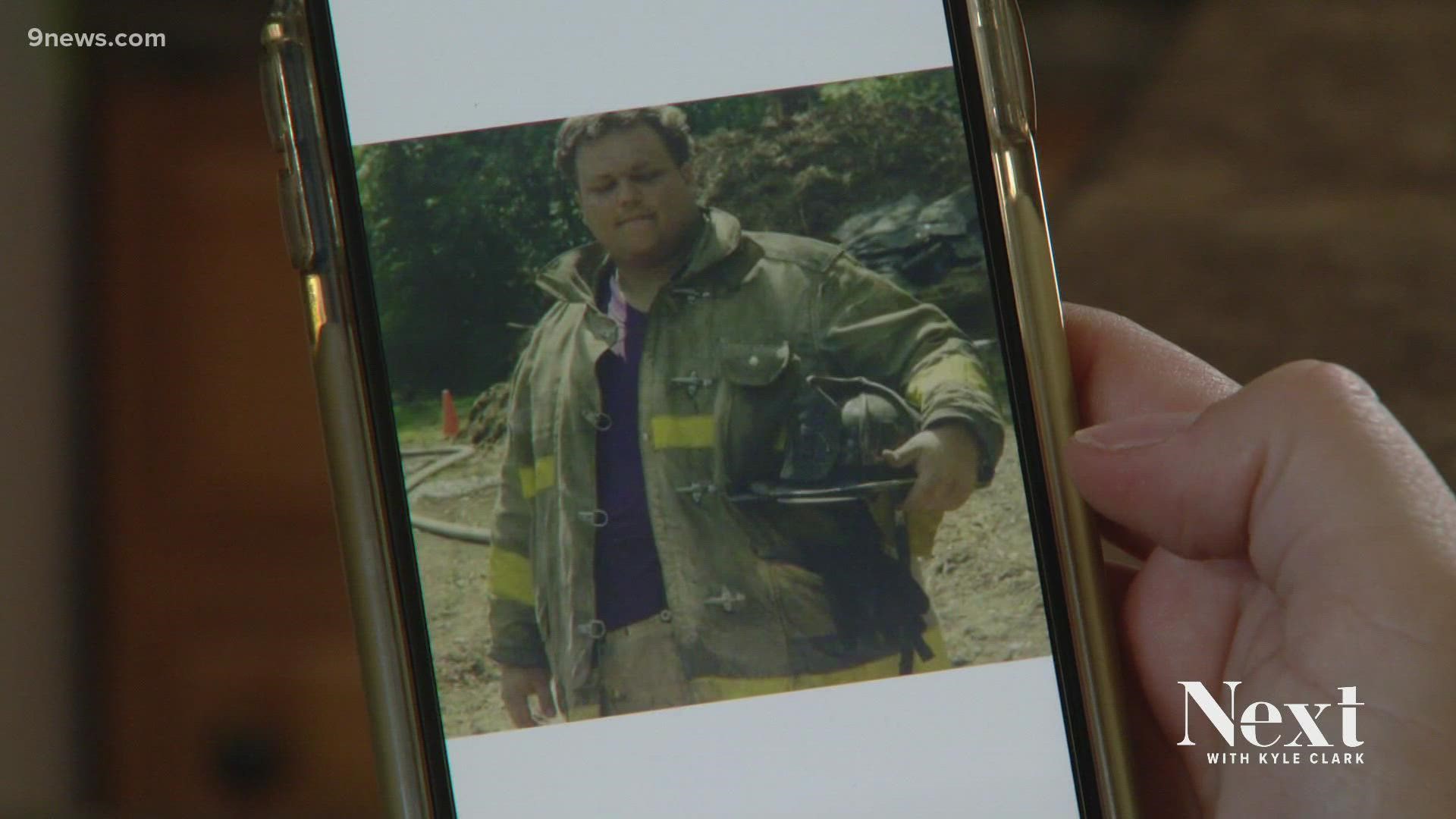 GREELEY, Colo. — Amanda Hake doesn’t have many memories from September 11, 2001.

She was a sixth grader at Peck Elementary School in Arvada at the time. She remembers her mom, who had been evacuated from a high-rise office building in downtown Denver, came to pick Amanda and her brother up at school.

But she has no recollection of a letter she wrote around that time thanking a first responder. It was a class assignment.

“I do remember the picture of the dog and I remember I was really excited because I had just learned how to draw a dog that way,” Hake said, remembering the picture of a dog she drew on the sheet of paper.

Above the dog is a caption that reads: “Thank you for saving all of those people who survived. Amanda Patrick. Age 11. Peck Elementary School Arvada, CO.”

She thought nothing of it until this week. She got a Facebook message from a woman named Jess, asking if she was the Amanda Patrick from Peck Elementary.

Jess told Hake about her father, Dave Johnson, better known as DJ. He was a firefighter and paramedic near Pittsburgh. He heard about the tragedy and rushed to New York as soon as he could to help.

“We talked back and forth and she sent me photos of her dad and she told me he passed away on Friday from this cancer that was caused from these attacks,” Hake said. “And it was just crazy to me that he saved this letter that an 11-year-old wrote. It just spoke to me on how impactful words can be to other people…even if you don’t realize it.”

DJ’s wife Darla Johnson explained that DJ received hundreds of cards and tokens of appreciation during his time at Ground Zero. She said he was in awe of the support he received from his country.

RELATED: Colorado has no requirement to teach 9/11, but this teacher does it anyway

RELATED: Colorado team was at Ground Zero just after 9/11

She said he kept several of the cards in a box. His wife said she and DJ would read through them occasionally.

“This little puppy dog you drew on here, we’re dog lovers and my husband was an animal lover,” Darla told Amanda over Zoom on Wednesday. “That’s probably why he chose this one.”

Hake, now married with a young son and living in Greeley, is still in shock that the hero kept her letter.

“You don’t know what your words are going to mean to someone,” Hake said. “And the words of an 11 year old girl who doesn’t fully understand what’s happening. It’s incredible.”

“It doesn’t take much to be kind and you don’t know how that kindness will impact someone else. Even a stranger you’ve never met.”