For all the pressing concerns at Denver International Airport like on-time flights, security... We think it's impressive, the lengths they're going to to find a teddy bear. 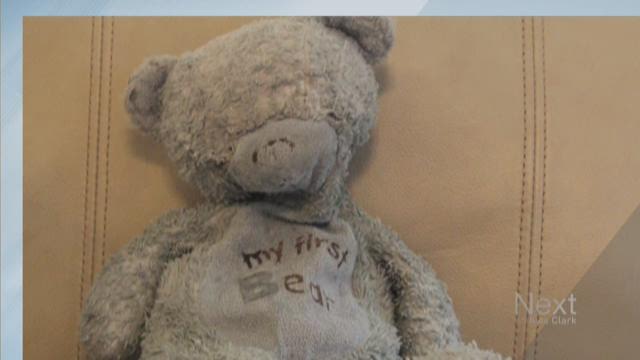 For all the pressing concerns at Denver International Airport like on-time flights, security...

We think it's impressive, the lengths they're going to to find a teddy bear.

A 4-year-old, very much loved stuffed animal, known only as Bear.

Bear is loved and missed by a 4-year-old named Michael, whose family frantically posted on Craigslist and social media after losing Bear at the airport.

DIA does a lot of lost-and-found, but they've flagged this one for the family, hoping to bring Bear home.

"I’m so worried he got thrown away. He’s pretty raggedy. Maybe mention to people if they see a really raggedy stuffed animal to try to turn it in because that usually means that it is well loved," mom Jennifer Nyloft told us.

DIA deals with 48,000 lost items a year including, they say, a big-screen TV, a chainsaw and 6-foot-tall stuffed banana.

About a quarter of the items get claimed.

DIA says, mostly, people will get in touch to reclaim sentimental things. They're also the things most important to the people at DIA:

"We first became aware of this item through social media a few days ago, via an online community that works to reunite lost teddy bears with their owners. Our social media team saw that it was reported lost at the airport -- and it tugged at our hearts - so we want to do everything we can to help find it. We supplied the photo to our extremely dedicated lost and found staff, who have been hunting for days for this special bear... we are currently working with United, which also has its own lost and found facility, for items left in gate areas and on aircraft. No one has been able to located it yet, but both of our facilities are on high alert for it!" Heath Montgomery with DIA told us.

If you're missing anything important at DIA, this is how to get in touch with the airport.