A 'large boulder the size of a small boulder' rolled onto Highway 145, and the internet had questions

The sheriff's office in San Miguel County, Colorado, tweeted about a road closure, and it turned into internet gold. 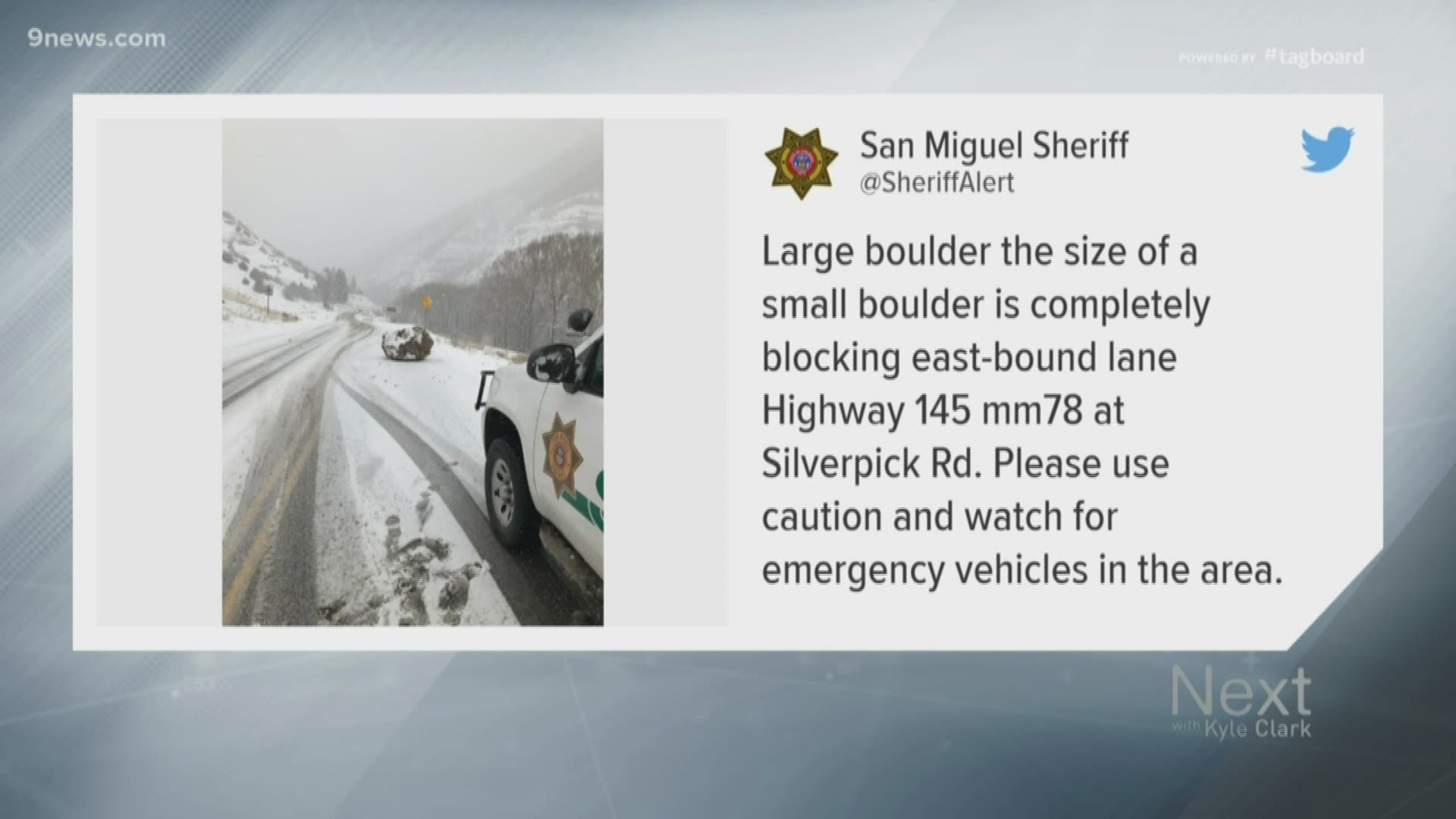 The eastbound lanes of Highway 145 in San Miguel County closed for about a half-hour on Monday because of a boulder that slid onto the road.

“Large boulder the size of a small boulder is completely blocking east-bound lane Highway 145 mm78 at Silverpick Rd. Please use caution and watch for emergency vehicles in the area,” the San Miguel Sheriff’s Office tweeted at 12:45 p.m.

Wait. What? A large boulder the size of a small boulder?

The sheriff’s office meant to write “the size of a small car,” and clearly just mistyped – a forgivable offense on a Monday.

But the tweet generated some absolute gems of replies from Twitter users who were confused by the qualifier.

Can we get a slow clap for these responses?

You may remember that a large boulder the size of a large boulder rolled onto the same highway near Dolores, Colo. in July. The Colorado Department of Transportation originally planned to blast it, so the pieces would be easier to move. Instead, the state decided to save $200,000 and keep the thing.

RELATED: That huge rock that fell on a Colorado highway is officially a landmark now

The 8.5 million lb. boulder even has a name now: Memorial Rock.

While we may never agree on the true size of the new boulder, the sheriff's office guesses it weighed about 10,000 lbs. And that begs the question -- when is a boulder large enough to deserve a name?

Anyway, a snowplow driver pushed the large-small boulder to the side of the highway. No one was hurt because of the slide.