A Recommendation: Californians describe how quaint and cheap they find Denver

An article from SFGate.com is full of Californians who delight in how cheap and exciting it is to live in our quaint city, compared to their standards. 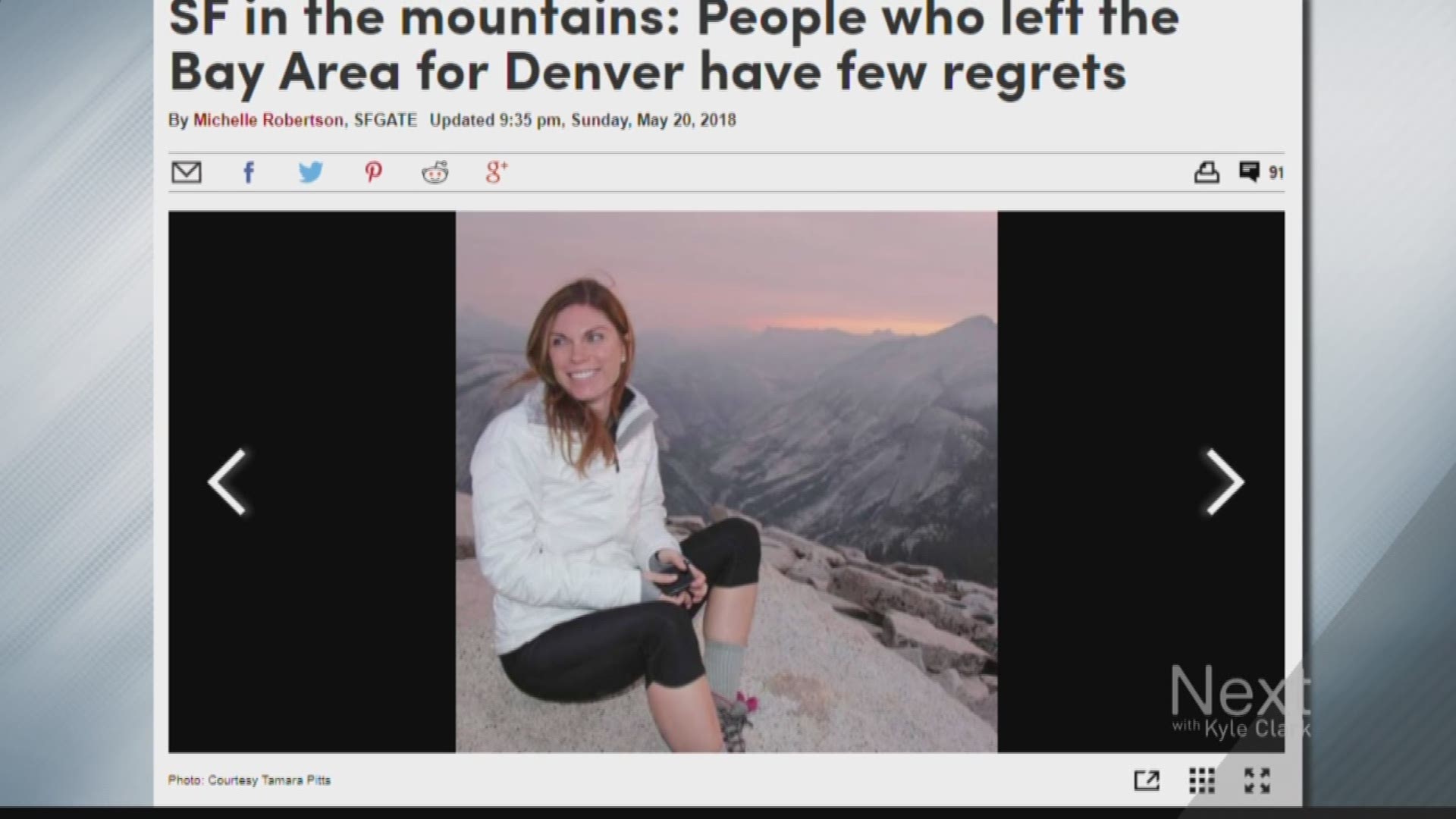 May we make a recommendation? This is when Next points you toward someone else's work that deserves some attention.

Normally, we direct you toward videos, or articles or activities that impress us. This one is a little different, but it's worth your time nonetheless.

We're talking about an article from SFGate.com, from the San Francisco Chronicle.

They posted a piece over the weekend titled "SF in the mountains: People who left the Bay Area for Denver have few regrets." The thing is, SFGate's article is full of Californians who delight in how cheap and exciting it is to live in our quaint city, compared to their standards.

The article says Denver is "ringed by mountains," which will likely come as a shock to Aurora. But even if we choose to move beyond that, we can't overlook the quotes from the apparent Magellans who act like they discovered some exotic, cute little place called "Denver."

"Denver is like a slice of San Francisco tucked into the mountains ... Denver is a city well-suited to such a lifestyle change. Ringed by mountains and blessed with ample sunshine, it's equipped for sports by foot, bike, ski and snowshoe. Combine accessibility to nature with a burgeoning local tech industry and a manageable cost of living, and it becomes clear why "everyone in San Francisco knows someone who knows someone who moved to Denver.'"

"Denver entrepreneurs, Stifter noticed, seem 'extremely open to collaboration, sharing their business stories and helping other founders be successful. It is that vibe that comes with it being a smaller city with less resources ... People want to see other people be successful so they are willing to extend themselves.'"

"You're in on something that's growing from the ground up!"

"Growing from the ground up" is a particularly interesting choice of words. A lot of Coloradans feel ground up by Denver's explosive and expensive growth - like they've been used as fertilizer to grow something beautiful, only to be scraped off the boots of developers before they stroll into shiny new condos being sold to people from San Francisco.

We discussed on Next a few weeks ago that Colorado is marketing itself to Californians and trying to lure them here to work in our tech industry, which is mentioned several times throughout this article.

We're recommending you read the article, but we're not saying you'll like it. Let us know your thoughts on our Facebook page or with #HeyNext.