"Every Vote Counts" may be cliché, but don't tell that to the six candidates involved in three tied races after this past November's elections. 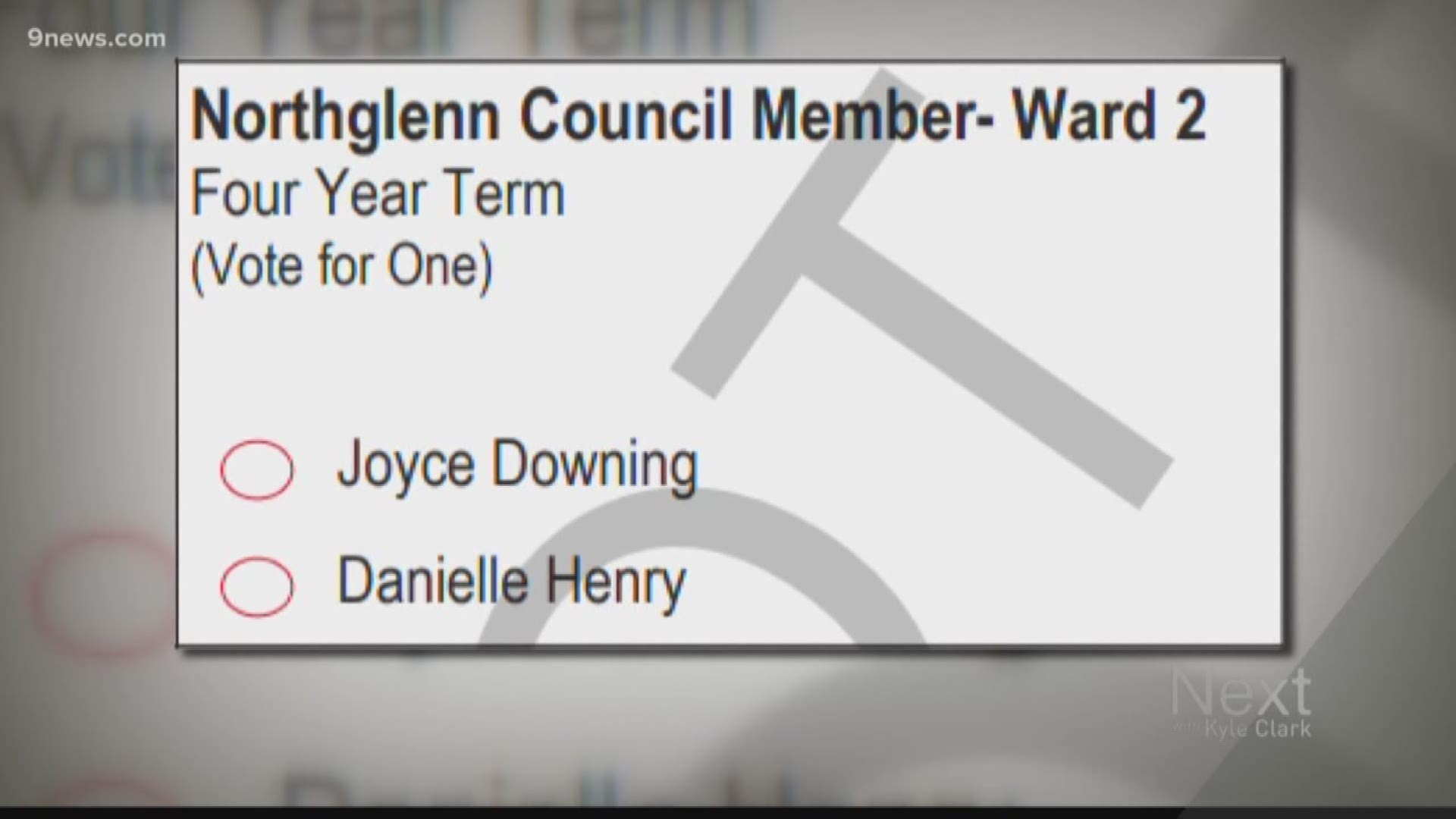 "Every Vote Counts" may be cliché, but don't tell that to the six candidates involved in three tied races after this past November's elections.

"Lot," in this instance, means pulling a name on a folded-up piece of paper out of a fish bowl.

"It's been exciting and an excellent education in democracy," said Danielle Henry, one of the two tied candidates.

"I think it's pretty unique, the different ways that they come up with these things, other than having another election," said Joyce Downing, the other city council candidate.

Both ended up tied with 642 votes, even after a mandatory recount.

"Do you have family members who did not vote?" asked 9NEWS reporter Marshall Zelinger.

"Everyone who can vote in my family has voted," said Henry.

"If you found out that someone close to you didn't vote, what would you say to them?" asked Zelinger.

"I think I would say, 'What were you thinking? Every vote really does count, especially in these small races," said Henry.

"I would say to them, 'Look what you did,'" said Downing with a hearty laugh.

Races that are tied in Colorado can be broken in any number of ways. It's up to the jurisdiction running the election.

"One of the other options was to flip a coin," said Adams County Clerk and Recorder Stan Martin. "We didn't know if there was a best way or worst way of doing this, so we, kind of, just wanted to simplify the process."

In the tied race for an open school board seat in Julesburg, in Sedgwick County, Tammy Aulston beat Daniela Fowler when Aulston's name was drawn from a blue bowl used for serving chips, according to Secretary of State spokeswoman Lynn Bartels.

Pulling a name out of a bowl is a bit simpler than the process used in Cripple Creek to determine the winner in the tied council race between Jeff Regester and Melissa Trenary.

"Canvass board unsealed and shuffled new deck of cards; each candidate cut the deck once; each candidate drew a card, high card won," said Dwight Shellman, county support manager for the elections division of the Secretary of State's Office.

Trenary won the race with a 10 of diamonds over Regester's seven of clubs.

"I think that's a good fit for Cripple Creek, but I don't think that represents the way Northglenn does things," said Henry. "I thought it would be a great thing and civic education to do cockroach races at the Butterfly Pavilion. Use it as a way to draw people into the process."

The random draw happened in Brighton, at the Adams County Government Center. Downing had previous plans and Henry chose to watch online at home with her parents.

"I decided not to go in person because that's a very public way to lose or to win," said Henry.

"It's nerve-wracking," said her mom, Eva Henry. "You always have the best hopes for your kids and the last thing you want them to be is disappointed."

After a few glitches with the online audio, the random draw was set.

"We have cards with each of the candidates' name…I'm going to go ahead and fold those…we're going to put them in this clear glass jar…give it a good shake," said Adams County Elections Director Christi Coburn.

After the papers swirled in the bowl, Martin reached in and grabbed one to unfold.

"And we have declared a winner," said Martin. "Congratulations to Joyce Downing."

And just like a soccer match decided by penalty kicks, the score still reads as a tie, but Downing has the win.