The Whispering Pines community didn't give David Pendery indefinite permission to fly a Pride Flag from his Arapahoe County home. He's filed a lawsuit with ACLU. 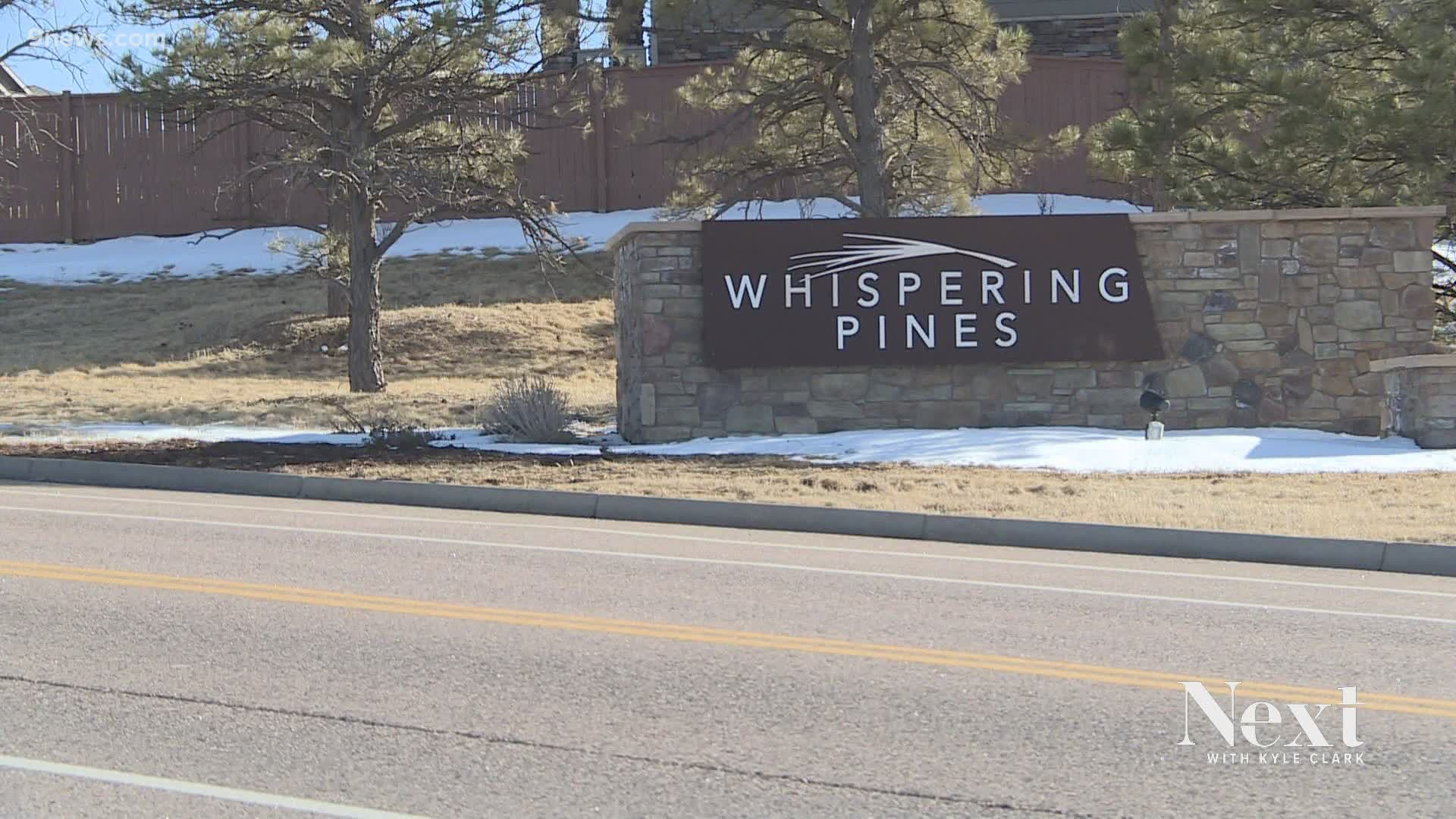 ARAPAHOE COUNTY, Colo. — It didn’t take long for David Pendery to get a notice from his neighborhood for hanging a Pride Flag on the side of his home in Arapahoe County.

Certain flags were allowed in the Whispering Pines subdivision, but others had to be approved by a committee of the metropolitan district.

Pendery was given temporary approval to display the flag and post a yard sign near his home expressing his belief in several issues, including the Black Lives Matter movement. But by Dec. 31, that temporary permission expired.

Pendery filed a federal lawsuit against the Whispering Pines Metropolitan District Tuesday, claiming the district’s restriction on flags and signs violates his right to free expression. The American Civil Liberties Union (ACLU) is representing Pendery in the claim.

His case is the latest in a string of disputes in the Denver metro area between homeowners and the associations that run their neighborhoods. Many have covenant restrictions banning signs and symbols from being displayed on people’s properties.

RELATED: Woman fights to keep BLM sign in her window

In Pendery’s case, Whispering Pines allows the display of American, state and military flags without approval. Residents in the neighborhood are also allowed to fly sports flags in conjunction with sporting events, according to the lawsuit.

Mark Silverstein, legal director for the ACLU’s Colorado Chapter, argues because Whispering Pines is a metropolitan district, it is considered a government entity. The ACLU claims the sign rule violates the Colorado constitution which grants free speech rights to every person.

Many other homeowners’ associations argue constitutional protections for free speech do not apply to them because they technically aren’t government entities. Silverstein said he hopes Pendery’s case broadens the conversation.

“I question the stance of homeowners associations that are going to say these constitutional rules don't apply to them,” Silverstein said. “In Colorado, our state constitution says all persons shall be free to speak and publish and express their views and I think that that carries over even into these HOAs.”

The lawsuit seeks an immediate injunction.

A management group that runs the Whispering Pines Metropolitan District did not respond to our request for comment Tuesday.