People are trying to count the number of Coloradans who are homeless as Mayor Hancock's administration takes action that could drive them away from public places. 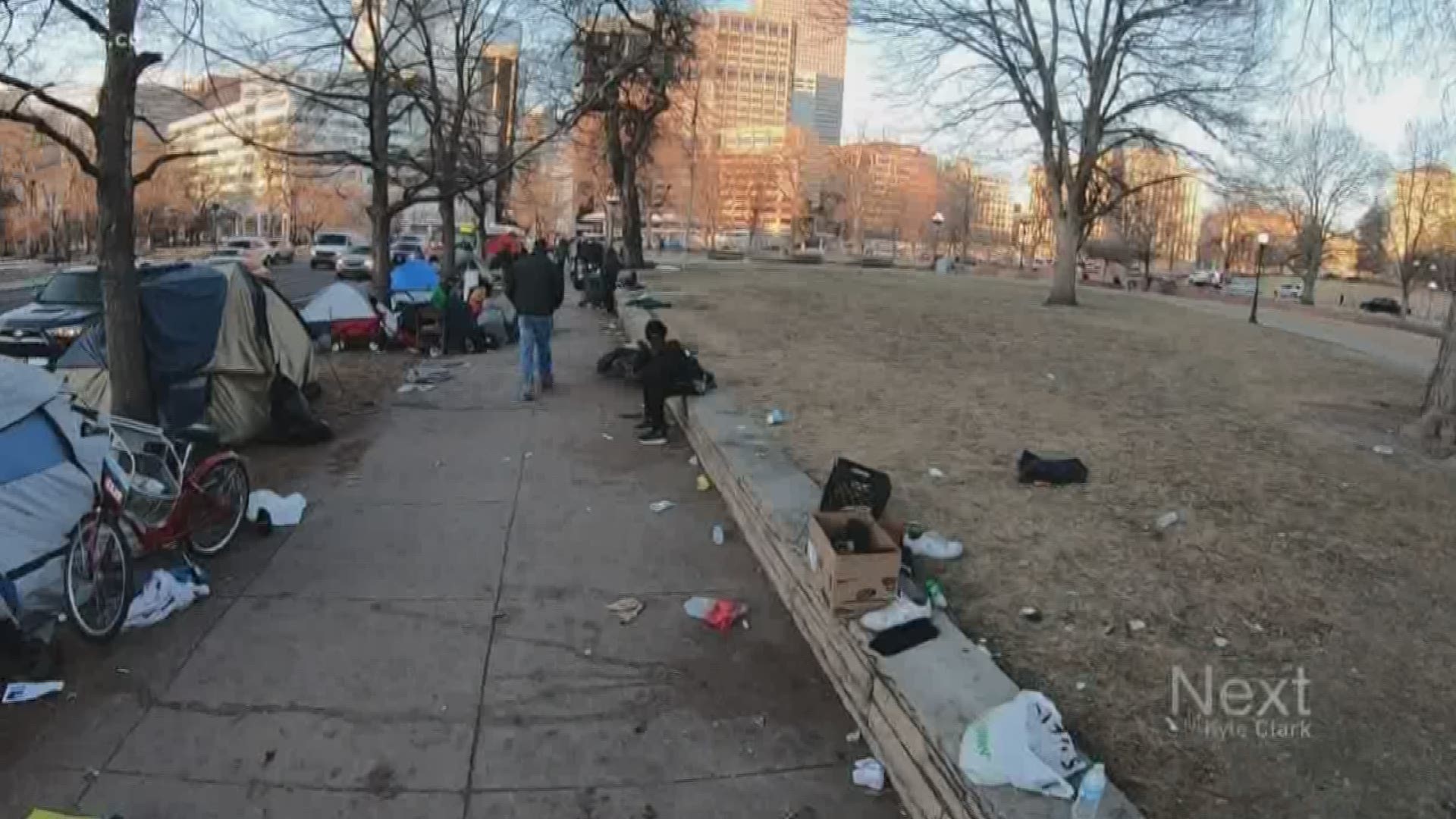 DENVER — Denver’s yearly count of its homeless population may be impacted by an ongoing debate over the city’s urban camping ban.

City officials decided to begin enforcing the ban again earlier this month, after a judged deemed the ban unconstitutional in a December ruling. The city is appealing that ruling.

“It might mean that people are going to be a little less trusting of volunteers and of people that may look official in some capacity,” said Cathy Alderman, vice president of communications and public policy for the Colorado Coalition for the Homeless.

Alderman said that may not always be the case. She said some homeless individuals could be more eager to share their stories amid the debate, as well.

But she said one noticeable difference with this year’s point in time survey is the number of volunteers.

“We do seem to have more volunteers who signed up to do the count, which may mean we’ll find more people,” she said.

The point in time survey in 2019 found 3,943 people homeless in the city of Denver. Alderman said the survey showed a concerning trend.

“We are seeing an increase in the number of youth experiencing homelessness, and I find that very troublesome because they generally have less resources,” she said.

But she said the number of chronically homeless individuals has stabilized.

Results of the 2020 point in time survey should be released by summer.