Parents in Boulder worry underage tobacco use is rising, and they want flavored e-cigarettes banned. 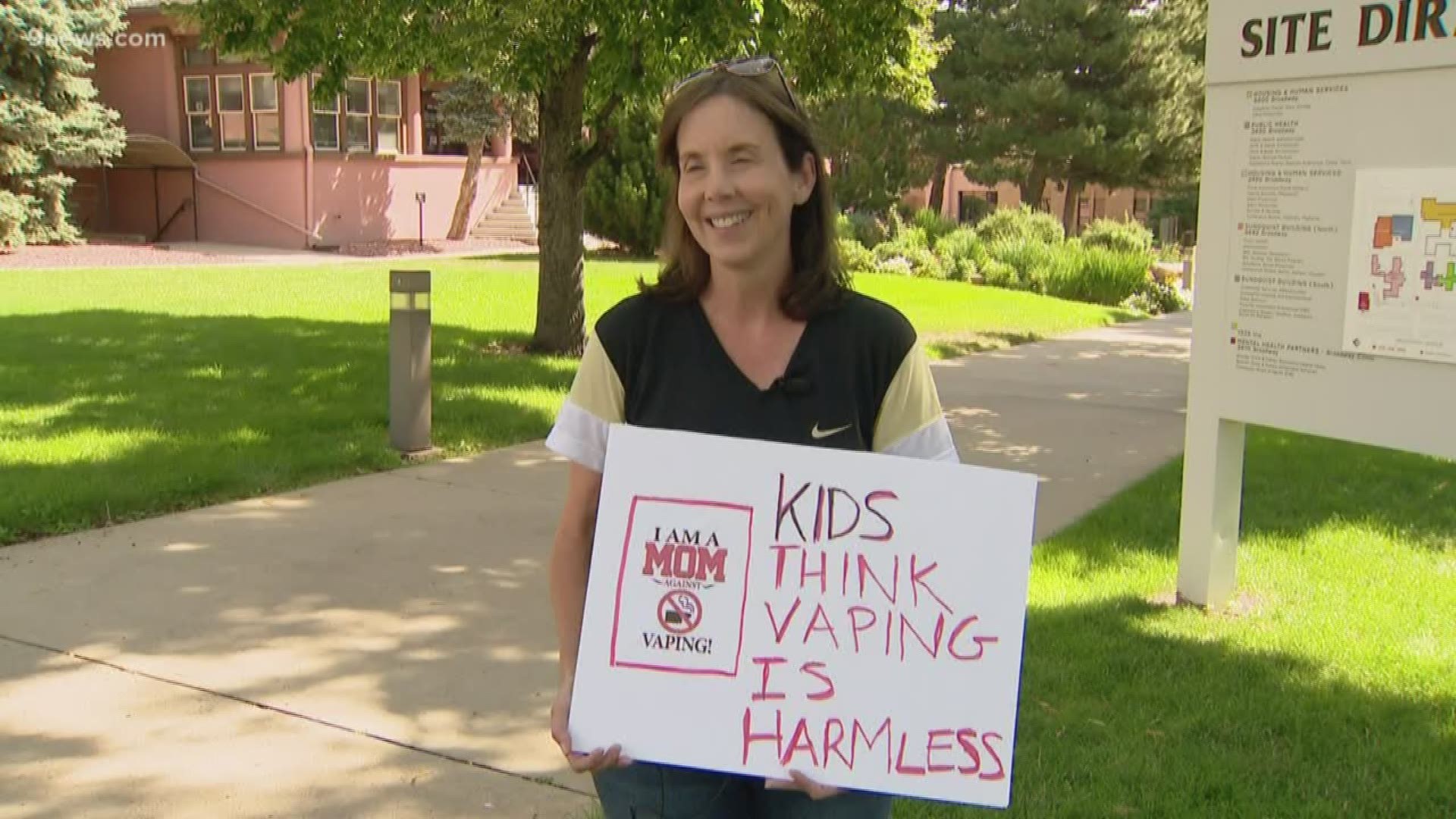 "We’re seeing such a huge epidemic of vaping," said Jennifer Carl, a mom and anti-vaping advocate at Tuesday's rally.

Carl said she is worried, like many other parents at the rally, that flavored e-cigarettes are causing more middle school and high school students in Boulder to vape.

Results from a 2017 Healthy Kids Colorado Survey revealed 36% of high school youth in Boulder County vape or use e-cigarettes. Advocates are particularly concerned about that number because it's 9% higher than the prevalence of vaping among high school students statewide.

Men and women from groups like Campaign for Tobacco-Free Kids and the American Heart Association stood in front of Boulder Public Health Tuesday, asking city leaders for specific policy changes.

They want the buying age for tobacco products raised to 21 and over. They also want city council to put a 40% tax on e-cigarettes while banning flavored e-cigarettes.

"All the decades of progress has been basically stopped by this vaping epidemic," Carl said.

"It’s very upsetting that there is lack of enforcement currently," said Tanner, the owner of Boulder Vapor House. "I’m ecstatic that they want to have enforcement policies in place."

Tanner said it's bad players in the industry that are making it so easy for underage kids to vape. And it's those unethical shops that are making a bad name for all of them, she said.

"I think enforcement and regulation of the products is the step that Boulder needs to take," Tanner said. "Raising the age to 21 and over is a great approach to reduce adolescent use. It will effect our business but I’m willing to sacrifice to keep the products out of the hands of children."

She said she doesn't support all the policy change, though.

"I don’t agree that a full flavor ban on these products is going to be effective," Tanner said.

She said a total ban on all flavored e-cigarettes would eliminate 92% of her shop's revenue. A hit like that would put her out of business and cost 12 employees their jobs.

She also said she feels a ban would simply drive customers elsewhere, underage or otherwise.

The decision about policy changes lies with Boulder City Council, which will vote on each policy issue one at a time beginning the last week of August through the end of September.