The homeowner, Gerald Mountour, is a veteran in Northglenn who chose to fly the flag this way purposefully, as he feels the country is in a state of distress. 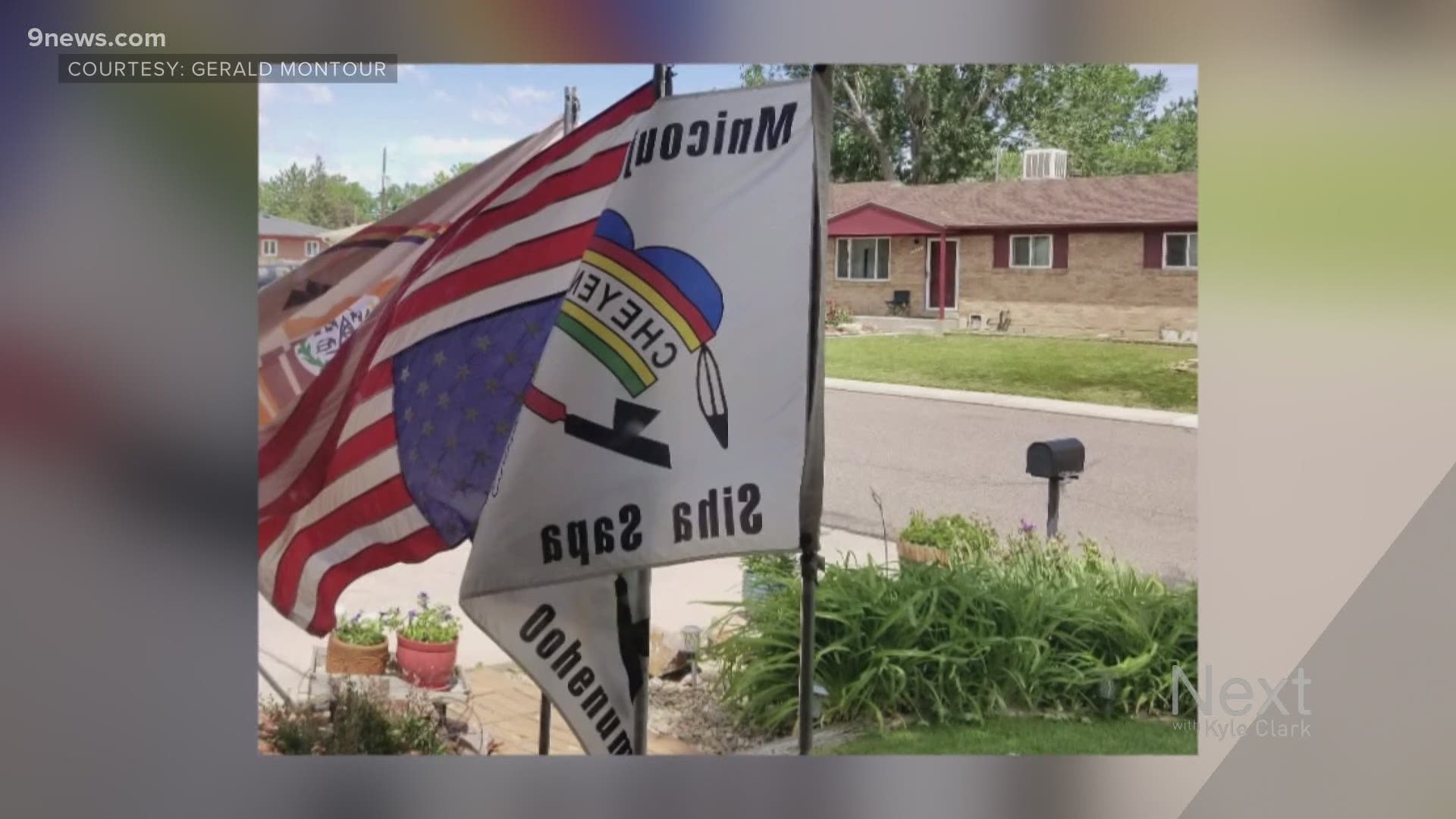 NORTHGLENN, Colo. — Video captured by a doorbell camera shows a man stealing an American flag, as well as the flags of two native tribes, from a home's front yard in Northglenn.

It happened in the middle of the afternoon on Monday, July 6.

The video shows a man lift the flags out of the ground in front of the house and hit the house’s front door with the flag poles before leaving.

Northglenn Police said he's been identified as Jimmy Nichols, a 59-year-old man from Erie. Nichols has received a summons for criminal mischief related to this incident.

The motive is unknown, though this American flag was noticeable from the street, as it was hanging upside-down.

The homeowner, Gerald Mountour, is a Vietnam veteran who chose to fly the flag this way purposefully, as he feels the country is in a state of distress.

"I flew it upside down because it's a military signal of distress, and right now, with the current pandemic, our country is in distress," Mountour said. "So they had deeper meaning than just to sit in front of my house."

According to the national rules for handling the American flag, flying it upside-down is not permitted "except as a signal of dire distress in instances of extreme danger to life or property."

The two other flags that hung in the man's front yard represented the Lakota Nation and the Diné Nation, in honor of his and his wife's heritage.

"This person came and attacked our home, the place that we call our safe place," Mountour said. "It’s put us in a position now where we’re living in fear."