The APWU said it is beginning to see delays for mail delivery in Colorado, though the USPS said it is not aware of any widespread delays in the state. 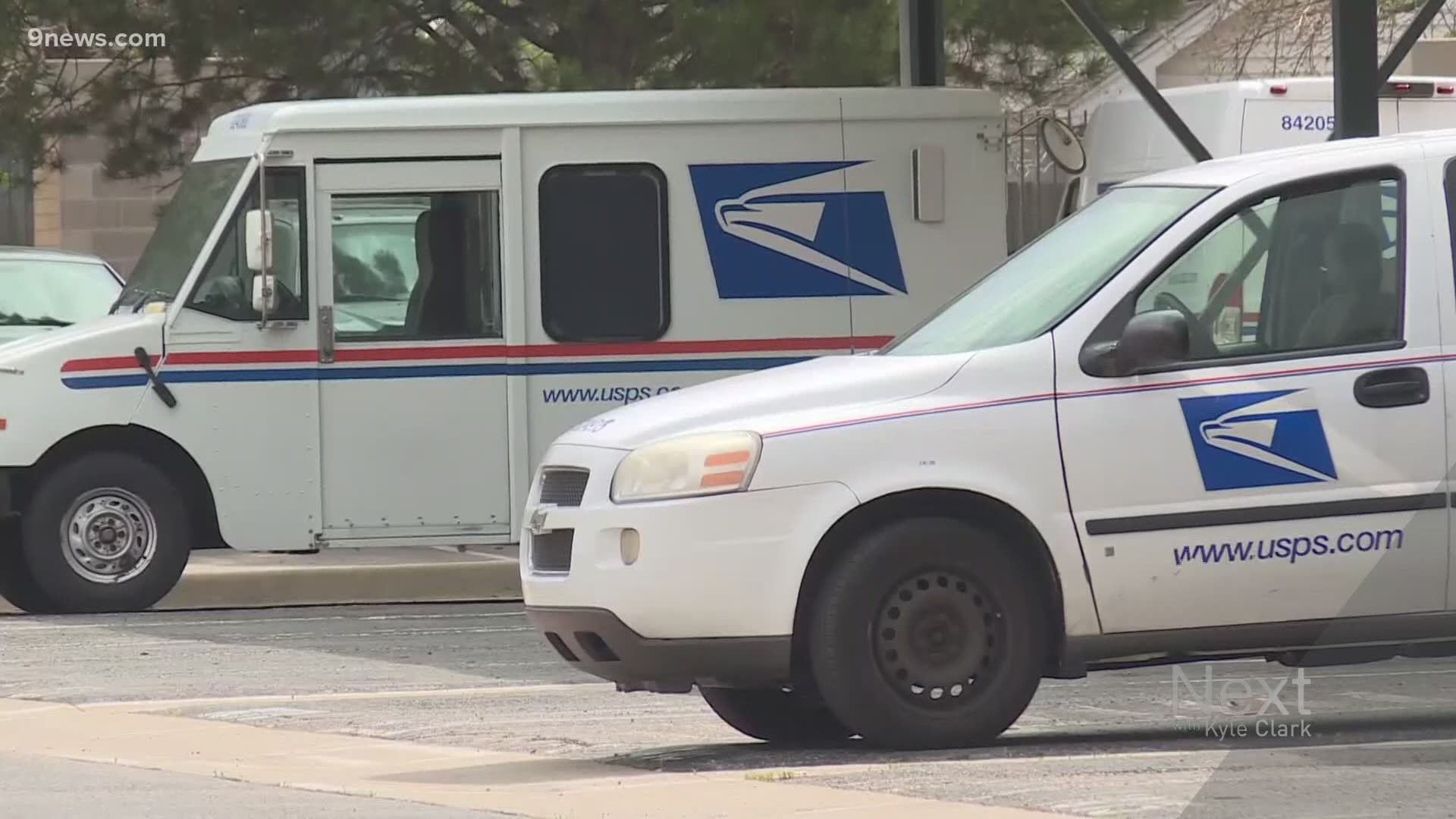 COLORADO, USA — The head of the American Postal Workers Union (APWU) in Colorado said he's fearful for the future.

Helmig and the APWU represent about 500 postal service employees. He shared his perspective with us on where the postal service is at now and where he fears it could go.

"I think the issues that we’re seeing in Colorado is just the tip of the iceberg," said Helmig. "I think it’s the beginning of the snowball effect."

We’ve all seen reports of mail sorting machines being taken out of service across the country, but that hasn’t happened here in Colorado yet (despite a viral claim to the contrary that came out of Grand Junction earlier this week). Helmig said cuts in overtime for his employees are contributing to the delays he’s seeing.

"When you limit the overtime that may be required to get the mail out on time, it affects the small communities more than it would the big city," said Helmig.

The postal service denied our request for an interview, but sent us a statement in response to Helmig’s claims.

USPS says it is unaware of any large scale delays in Colorado, but acknowledges that COVID-related employee availability has had some impacts in some areas.

"Short term COVID impacts in pockets may affect our employee availability like any other business. We are happy to investigate any individual issues and provide a more complete answer," the statement read in-part.

USPS also denies that overtime for employees has been reduced and says it has hired 1,900 employees in Colorado and Wyoming since the pandemic began.

"There has been no limitation of overtime. Overtime is a tool we use to complete processing and delivery of mail and has not been reduced," the statement read.

Helmig sees a less rosy version of where the postal service stands.

"If we lose the postal service, the customers will end up paying through the roof," said Helmig. "You may end up having to pay for delivery."

It’s important to note that the postal service and the postal workers union both said they have complete confidence they can successfully deliver all the ballots to voters in Colorado. They said if you can’t mail your ballot in more than a week before election day, drop it off in a ballot box.