An 'extra' vote was found during an Elbert County commissioner race

An 'extra' vote found during a recount of an Elbert County commissioner race - the race that was decided by just one vote - but it only doubled the victor's margin of victory. And it got us wondering, how could an "extra" vote like this one be found? 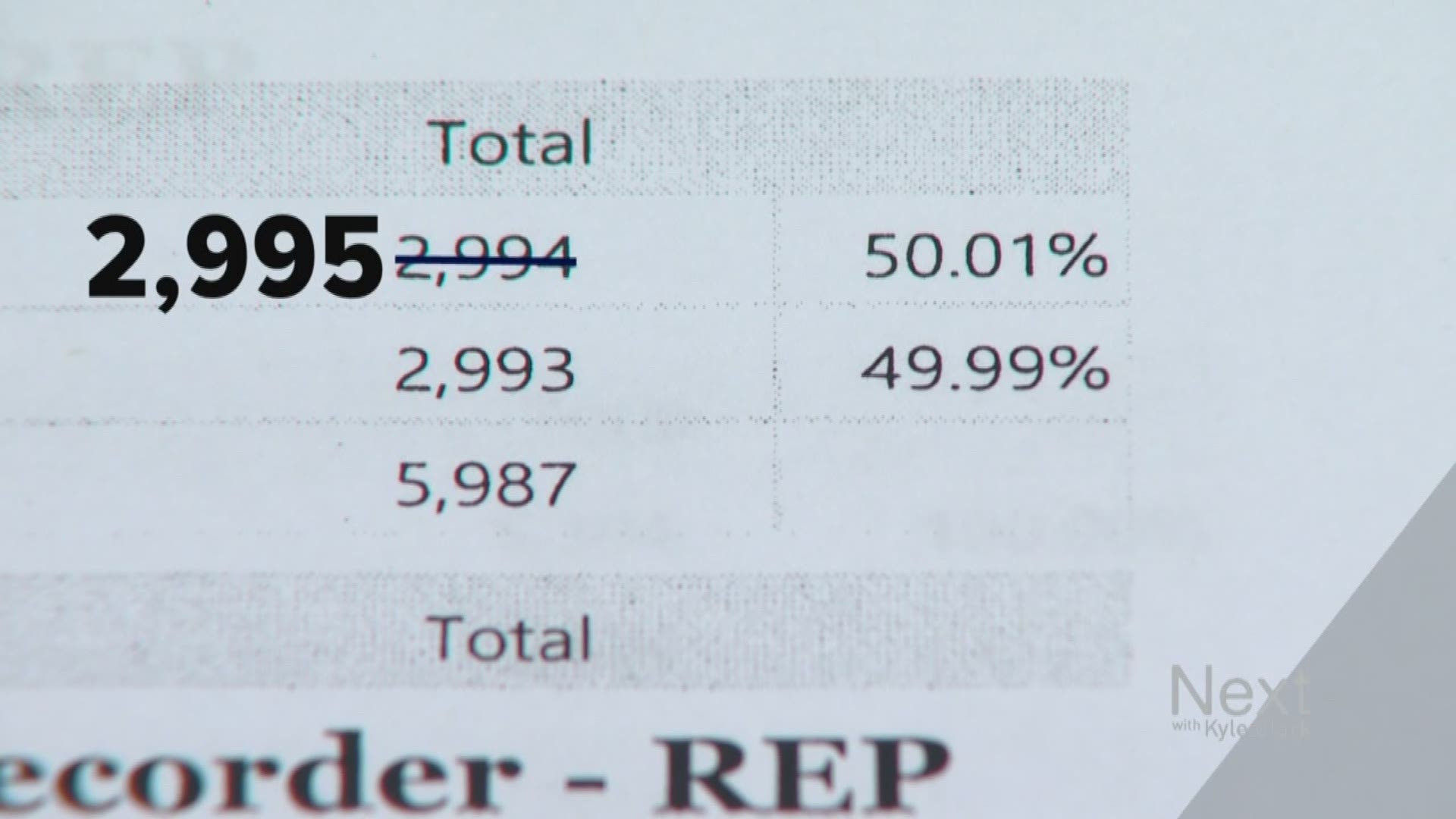 The results of a one-vote race for Elbert County Commissioner has changed after a recount.

"After the recount, Mr. Pettitt picked up one vote in the recount, so the final tally was 2,995 to 2,993," said Elbert County Clerk and Recorder Dallas Schroeder.

I know what you're thinking. How do you have a recount and end up with more votes than the original count?

"That's a great question. That's what I've been answering all day long," said Schoreder. "And the reason is because our process changes just a little bit."

When the ballots were run through the scanner to be counted for June 26, 485 Republican ballots were identified as not having a mark for the Elbert County Commissioner's race.

"The scanner only picks up if the circle is five percent filled in or more," said Schroeder.

When they were rerun on Wednesday, one was shown to have a mark that was more closely scrutinized by the team of watchers.

"We had the canvass board members here, we had the election judge members here, we had the election staff in the room, we also had an observer from the Secretary of State's Office," said Schroeder. "For every ballot that we went through, there was a general consensus in the room of how that ballot was intended to be voted. If it's an obvious intent and it follows a pattern of the rest of the ballot, that that's the candidate they were voting for, then that's how the judges will adjudicate."

That means the election judges saw a mark for Pettitt that the computer did not count on June 26. After reviewing the rest of the ballot, they determined that the mark was similar to other marks for other races on the ballot that were counted by the computer.

"There was no drama, he just called to give me the straight statistics," said Hartsook. "The system works. The system did what it was supposed to do. The judges did their jobs, the representatives, the Secretary of State did his job, and at this point, we need to move forward."

The results were certified and Pettitt was declared the winner. Because there are no other candidates for other political parties running in November, he will appear alone on the ballot and become the county commissioner.

Last week, Hartsook told Next that he had a friend who was an unaffiliated voter who did not know he was eligible to vote in the primary. This was the first year unaffiliated voters could cast a ballot for either Republicans or Democrats.

"He did follow up with me and said, 'Hey, I'm glad I'm still your friend.' I'm like, 'you were not the only one,'" said Hartsook. "I'm sure he's feeling a little bit more at ease at this point."

Even though the results are different than what was counted on election night, the canvass board -- made up of a Democrat, Republican and county clerk -- determined that another recount was not necessary.

"We discussed it with the canvas board, we felt that the result was accurate and we went ahead and certified last night," said Schroeder.