If civility isn't dead, it's clinging to life in some local meetings throughout Colorado. 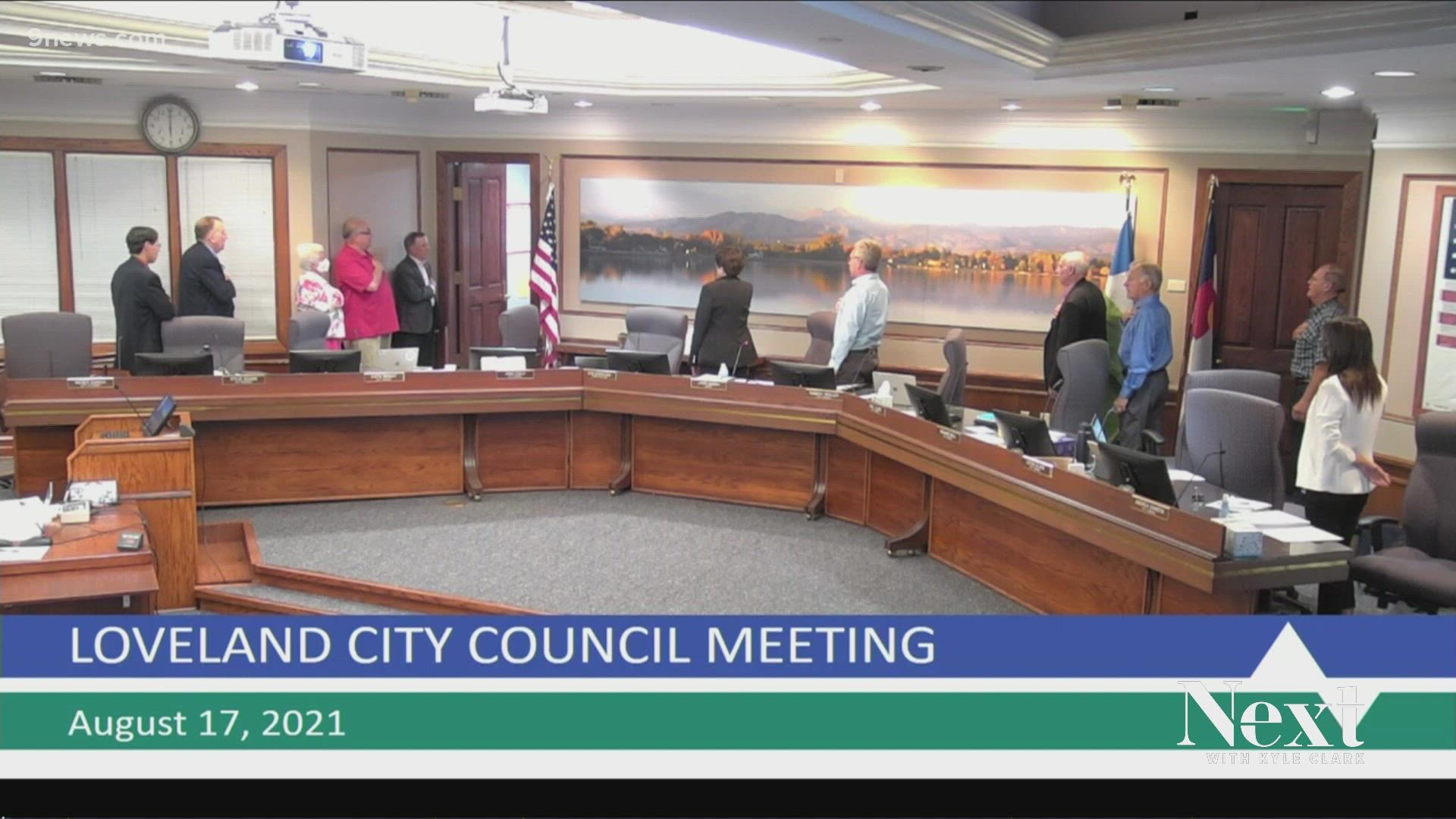 LOVELAND, Colo. — It was like a scene written for a television drama, playing out on municipal cable.

“Mr. Fogle, I would like to introduce you to my friend and process server Jeremy,” Krenning said. “You're being served with a lawsuit, Mr. Fogle.”

The attorney went on to say Fogle and a citizen who had just given public comment, Shaun Adams, were being sued by Loveland’s mayor, Jacki Marsh, who accused them of harassing her over a remodeling project at her house. Adams had just questioned the timeline of a city permit requested by the mayor.

People in the audience behind Krenning, as he directed the process server to hand Fogle the paperwork, looked stunned.

Across the divide on the other side of Colorado on Tuesday night, a group of rowdy parents shouted down the Mesa County School District 51 board during its meeting, according to the Grand Junction Daily Sentinel. The crowd, upset about a new public comment policy, was so upset, it forced the school board to leave the meeting, escorted out by police.

Later that night during a virtual session, one school board member compared the crowd to “the U.S. Capitol,” James Burky, a reporter for the Sentinel tweeted.

Those two episodes are just a few of the latest at local government meetings across Colorado, seeming to show that the temperature of our national political divide is heating up a space that rarely felt the heat before: hyper-local governments.

“The food fighting that we would kind of put onto Washington is all of a sudden showing up in state legislatures but also moving on to local politics,” said Dr. Timothy Shaffer, an associate professor of communication and the director of Kansas State University’s Institute for Civic Discourse and Democracy.

“Often people think about local politics of being free of some of that -- that kind of attacking, the grotesque nature we often associate with politics,” he said.

But as the nation becomes more and more divided, so too do these bodies that tended to leave partisan politics aside. Shaffer attributes some of it to our lack of connection as neighbors.

“If we can engage in a human way and we can strip away this immediate framing of, hey, I’m a democrat and I’m a republican and vice versa,” he said. “If we can function in more of a humanistic way… at that human level then it affords us to say hey we see the world a little differently.”

Both Shaffer and Seth Masket, a political science professor at the University of Denver, say the dismantling of local news outlets has led to the

“People’s news sources are just increasingly turning into national politics,” Masket said. “There [are] just fewer local news sources than there used to be. There [are] fewer newspapers. People are mostly getting their news from Fox, from CNN.”

“That sort of means everyone is reacting to the same thing all over the place rather than just responding to local stories,” Masket said.

He also believes some people may be channeling their anger at national politicians at the nearest available politician.

“I think if you’re angry at a representative, or senator, or the president or something like that, it’s actually hard to vent at them directly. There aren’t a lot of town halls or things like that, but a city councilmember is just there,” Masket said.