A spokesperson for Arapahoe County Clerk Joan Lopez said she won't be doing interviews about the 2019 ballot count. 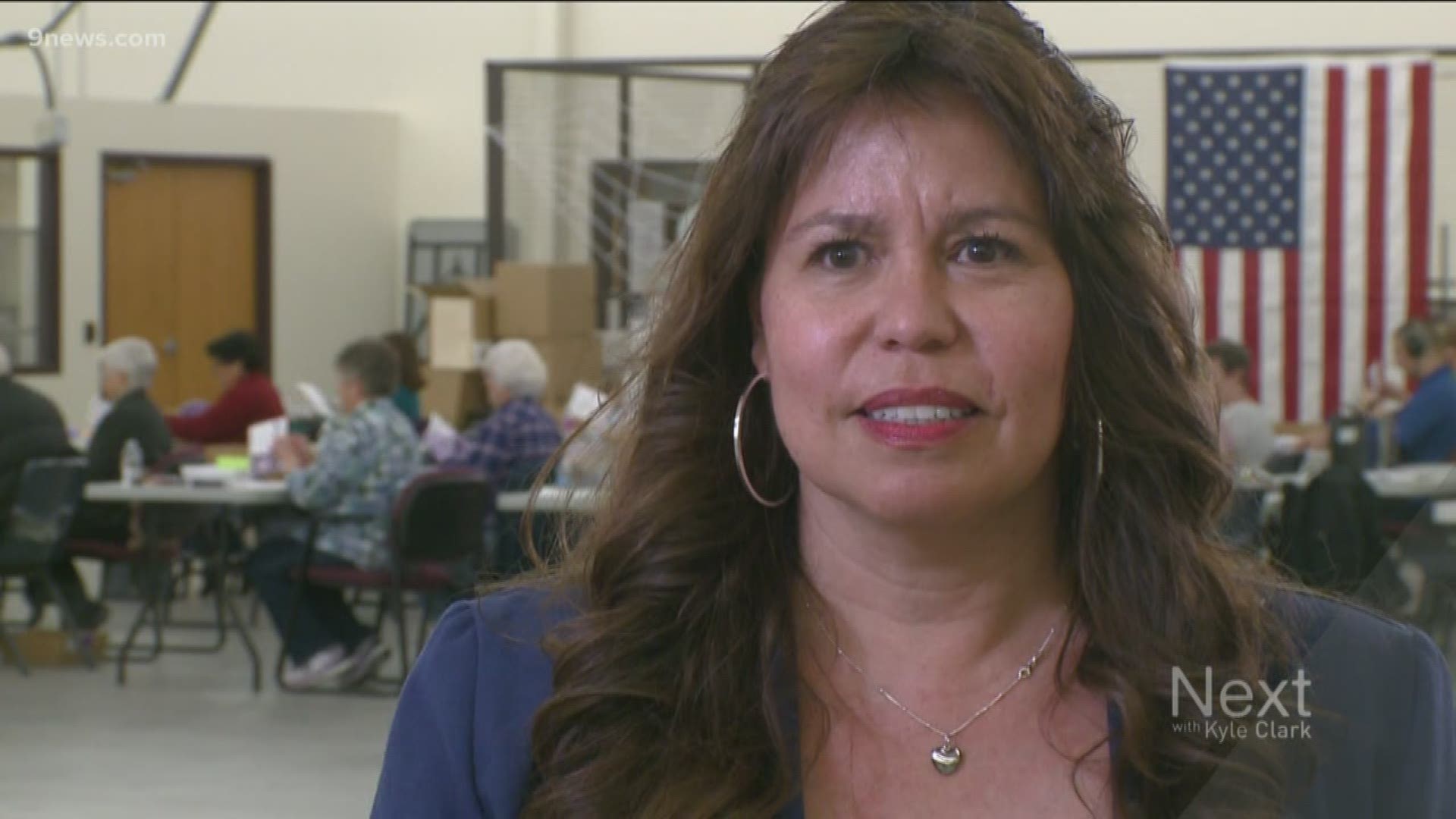 Arapahoe County Clerk and Recorder Joan Lopez will not speak to 9NEWS about the November 2019 ballot count in her county, or about an ethics complaint filed against her, according to a spokesperson.

Winna MacLaren said Lopez will not be doing any interviews, but the Democratic clerk did post statements to Twitter in recent days implying she has no plans to leave her job, despite calls to resign from the Arapahoe County Republican Party:

“As the Arapahoe County Clerk and Recorder, my duty is to serve all residents through a variety of services in our elections, motor vehicle, and recording divisions. My team is a committed group of public servants, each with expertise in their respective fields, and we’ve achieved numerous successes in all of our departments throughout 2019. We’re working toward continuous improvement in all of our operations and always welcome feedback and input from all sources and stakeholders. As we move into 2020, we will continue to build on our successes and strive to achieve our Service First goals.”

In a news release, the Arapahoe GOP characterized the recent election process as “chaos,” specifically saying the ballot count wasn’t handled in a timely manner and that there were concerns about lack of fairness and bipartisanship.

Speaking to 9NEWS the day after the election, as thousands of ballots remained uncounted, Lopez struggled to tell reporter Steve Staeger how she could assure voters the process had been handled in a nonpartisan way.

“I think, um, it is very partisan right now as far as, um, the political climate,” Lopez said.

“I don’t know how to answer that,” she also said, before looking to a spokeswoman standing off-camera.

Republican Mike Coffman narrowly won the Aurora mayoral race, as was announced Nov. 14. On Nov. 6, the day after the election, Coffman told 9NEWS that he didn’t think anything nefarious happened with the ballot count, but he was disappointed in the “disorganized” process.

Previously, Lopez was criticized for a “vote early, vote often” flyer. Lopez said it was a mistake that was missed by the young members of her team.

Colorado Secretary of State Jena Griswold also said 828 replacement ballots, some designated for Denver voters and others for Aurora voters, were not delivered until Election Day. The United States Postal Service said they delivered the ballots on time, based on the money county clerks chose to spend on delivery fees.

The ethics complaint made against Lopez takes issue with travel expenses related to conferences in Houston and Orlando. County Commissioner Jeff Baker submitted the complaint.

Two other ethics complaints about partisanship were tossed out because they are not covered by the county's ethics code.