As fire ripped through Colorado, this worried homeowner kept busy by painting

Christian Dore has a cabin in the Grand Lake area, close to Rocky Mountain National park. His home escaped danger, but Dore expressed his feelings through his art. 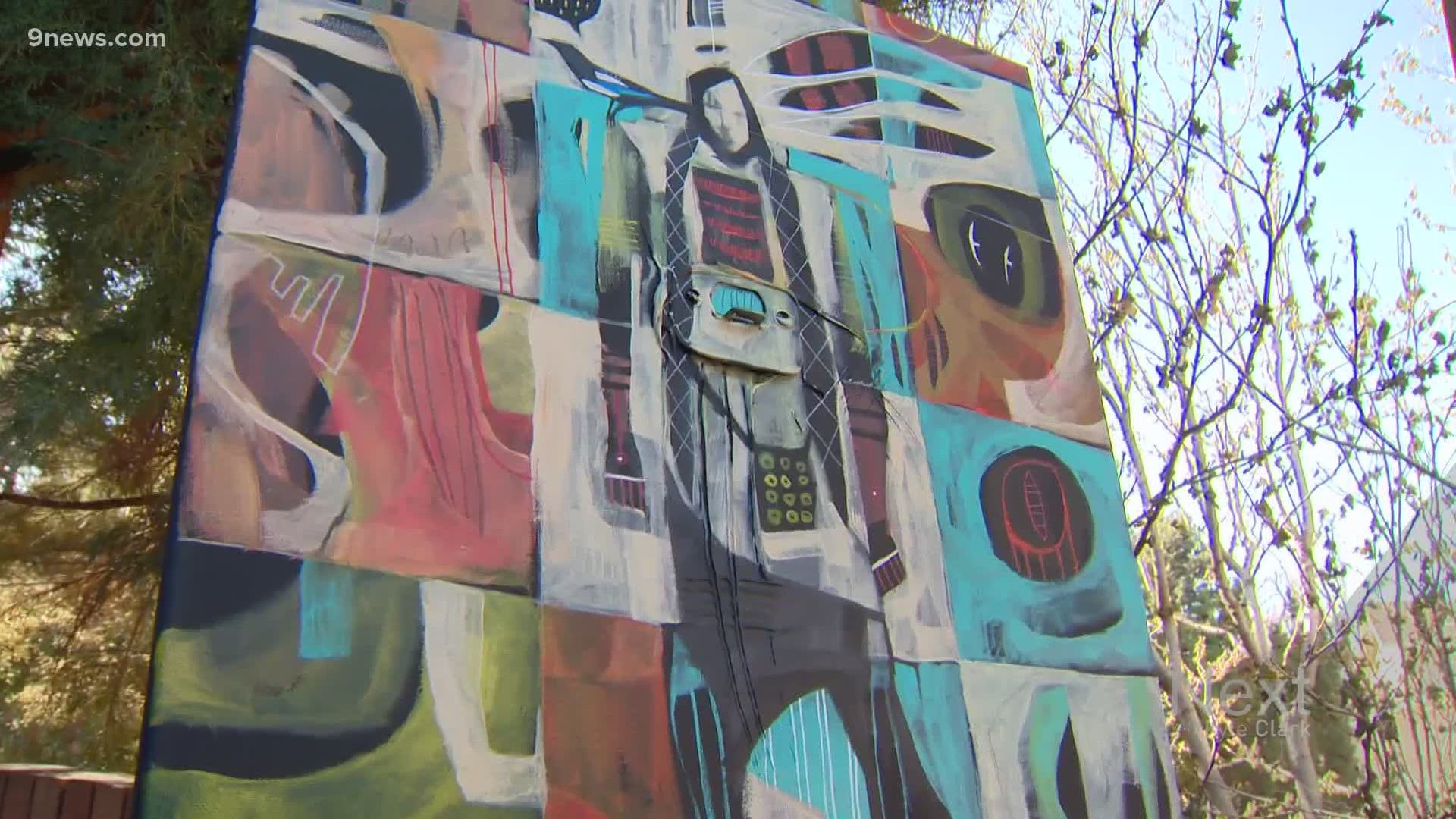 DENVER — Christian Dore lives in Centennial but owns a cabin close to Columbine Lake, near the edge of Rocky Mountain National Park.

When the East Troublesome Fire tore through the area in October, he feared the cabin would be a total loss. It was a helpless feeling shared by many homeowners as the fire exploded virtually overnight.

Residents in the area had to evacuate and simply wait for news about their properties. To pass the time, Dore, who has been an artist for most of his life, decided to paint.

"Obviously, we had the stressful experience of this fire raging through our community, and so, instead of just constantly worrying about it, I got a canvas. And I started pouring all my emotions onto the canvas," he said.

The fire, with the help of widespread drought and high winds that ripped through the Grand Lake area, did end up destroying 366 homes. Dore's was not one of them, but his emotions turned into a beautiful piece of art.

Find the auction for the painting here

"I believe that artwork has the properties of healing," he said. "[The painting] is called Native Healer."

To help his neighbors and give back to the community, Dore decided to auction off his work. He said all of the money collected will go to people who lost their homes. Specifically, Dore will split the money between the Columbine Lake Fire Fund and the Grand County Wildfire Emergency Fund.

The auction ends Sunday. If you're interested in bidding, you can take part in the auction here.

RELATED: How to donate to 9Cares Colorado Shares food drive