We spoke to a couple of retail business owners, who didn't realize they are allowed to be up to 50% capacity now under the updated rules until we told them. 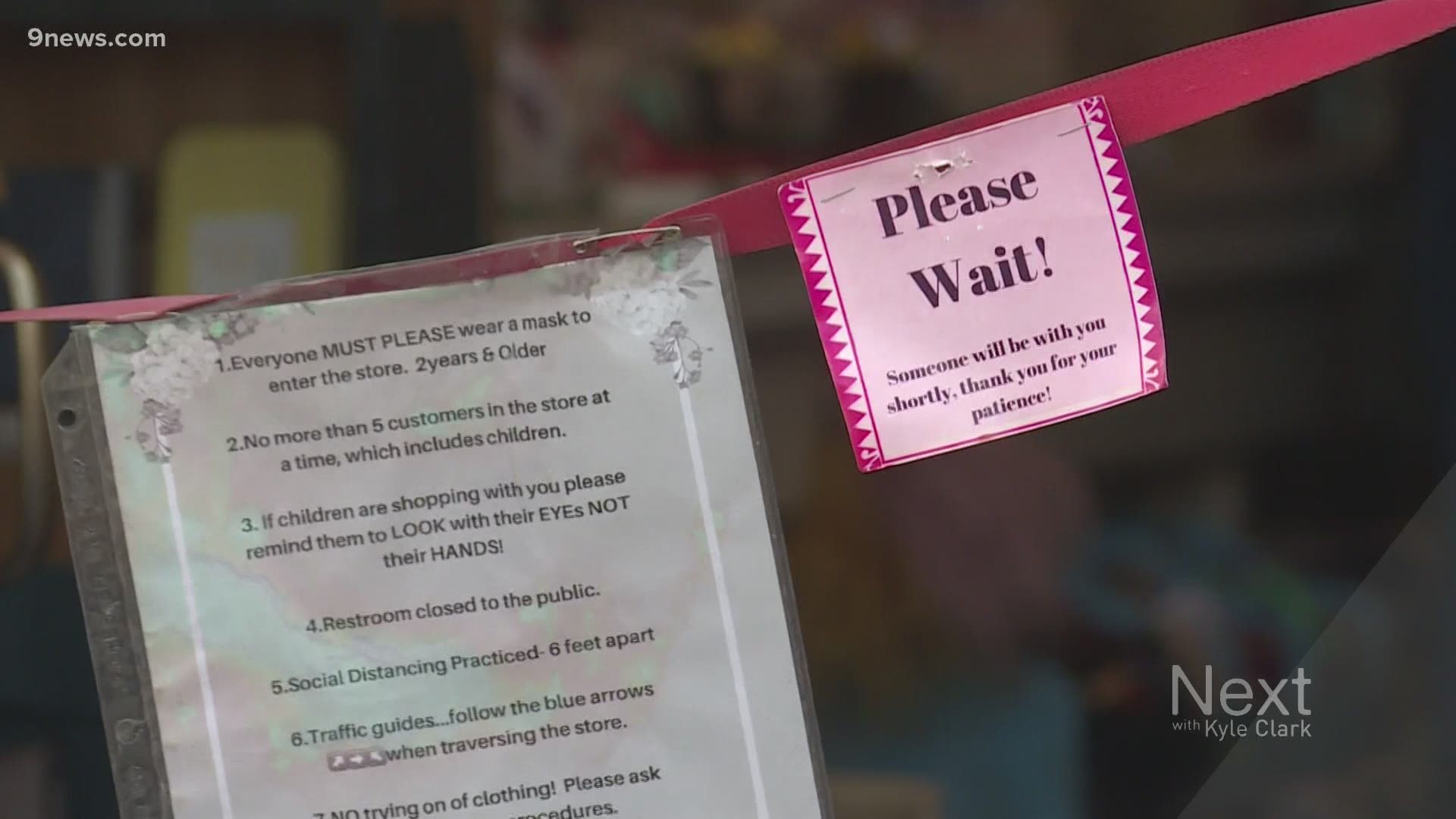 DENVER — If you think a Rubik's Cube is confusing, you should try understanding the state's new COVID-19 color dial.

Now that 20 counties are in "Level Red," including all metro area counties, most businesses are facing limited capacity restrictions or, in the case of restaurants, no capacity for indoor dining.

However, there is one category of businesses that is allowed more capacity.

"We've been doing five customers in the store at a time," said Robin Lohre, owner of Talulah Jones at 17th and Park Avenues in Denver.

Under the state's old color dial, "Level Orange" was the second-most restrictive level, which came with a 25% capacity limit at non-critical retail stores.

Under the state's new color dial, "Level Red," which is now the second-most restrictive level, comes with a 50% capacity limit at non-critical retail stores.

RELATED: Polis: 1 in 49 Coloradans is contagious with COVID-19

"I just learned from you that we can," said Lohre. "Now that it's getting colder, having people wait out front and older customers, that's definitely been a concern of mine. We're really excited to have a few more people in the store."

"A couple of nights ago, I stayed up very, very late studying all the government websites that I could come upon. From what my studies showed me, Denver was at 25% capacity," said Sallie Kashiwa, owner of Timbuk Toys.

"I think it's wonderful news that we can be working off of 50%. That's going to help us a lot," said Kashiwa.

See, understanding the new dial is as difficult as a Rubik's Cube.

Why can non-critical retail have more customers, when just about every other business is being restricted to fewer customers?

The Colorado Department of Public Health and Environment said it was to level the playing field for retail stores that sell non-critical items. Store like toy stores, especially around the holidays.

"That's very exciting to know that my industry has been thought about at that level of the government," said Kashiwa.

"This time of year is where we make it to be able to be there for the next year," said Lohre. "We're a toy store, but we also have an adult side, with Christmas stuff, and all kinds of holiday stuff, so really having increased capacity, this is our make-or-break-it time."

RELATED: Here's why the state sent an emergency COVID alert on Sunday morning