In this English as a Second Language class, students are finding their voices in more ways than one. 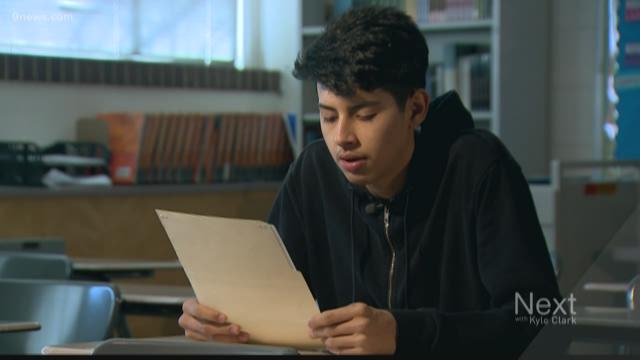 In Dempsey Andrews' class, students have found their voices in more ways than one.

Andrews teaches an English as a Second Language course over at Jefferson Junior-Senior High School in Edgewater. His goal extends beyond teaching the language; he wants his students to connect with their learning.

“We’re always trying to find projects that will engage them,” he said.

When Andrews assigned his class to write letters to organizations, in order to learn writing for a specific audience, Daniel Cervantes and Odalis Serrano chose to reach out to the Drug Enforcement Administration in regards to the opioid crisis. The class did a research project on the topic last year.

In the letters, Cervantes and Serrano expressed their concerns, presented statistics to back up their arguments, and offered possible solutions.

The students wrote, in part:

"How can we help these people? There are so many ways to help people. For those families that are concerned about your daughter/son install them in a recovery clinic, send them to a center far away for a couple of years. Do the best for them, do the right thing." - Odalis

Believing it was merely an assignment, they were surprised to earn Andrews would actually send the letters to the DEA.

Even more surprising to these students, though, was a response from the DEA.

“I was impressed because I didn’t believe the DEA was going to read that letter,” Cervantes said.

Andrews said Barbara Roach, with the Denver division of the DEA, sent over a heartfelt response, as well as information about the opioid epidemic.

“Out of all the people in our class I was the one that got chose [sic],” said Serrano.

The DEA wants other young people to be as knowledgeable about the crisis as these students. Take a look at their Operation Prevention site here.