Paul Sánchez, a senior research associate with the Colorado Center for Astrodynamics Research, never expected the honor of having an asteroid named after him. 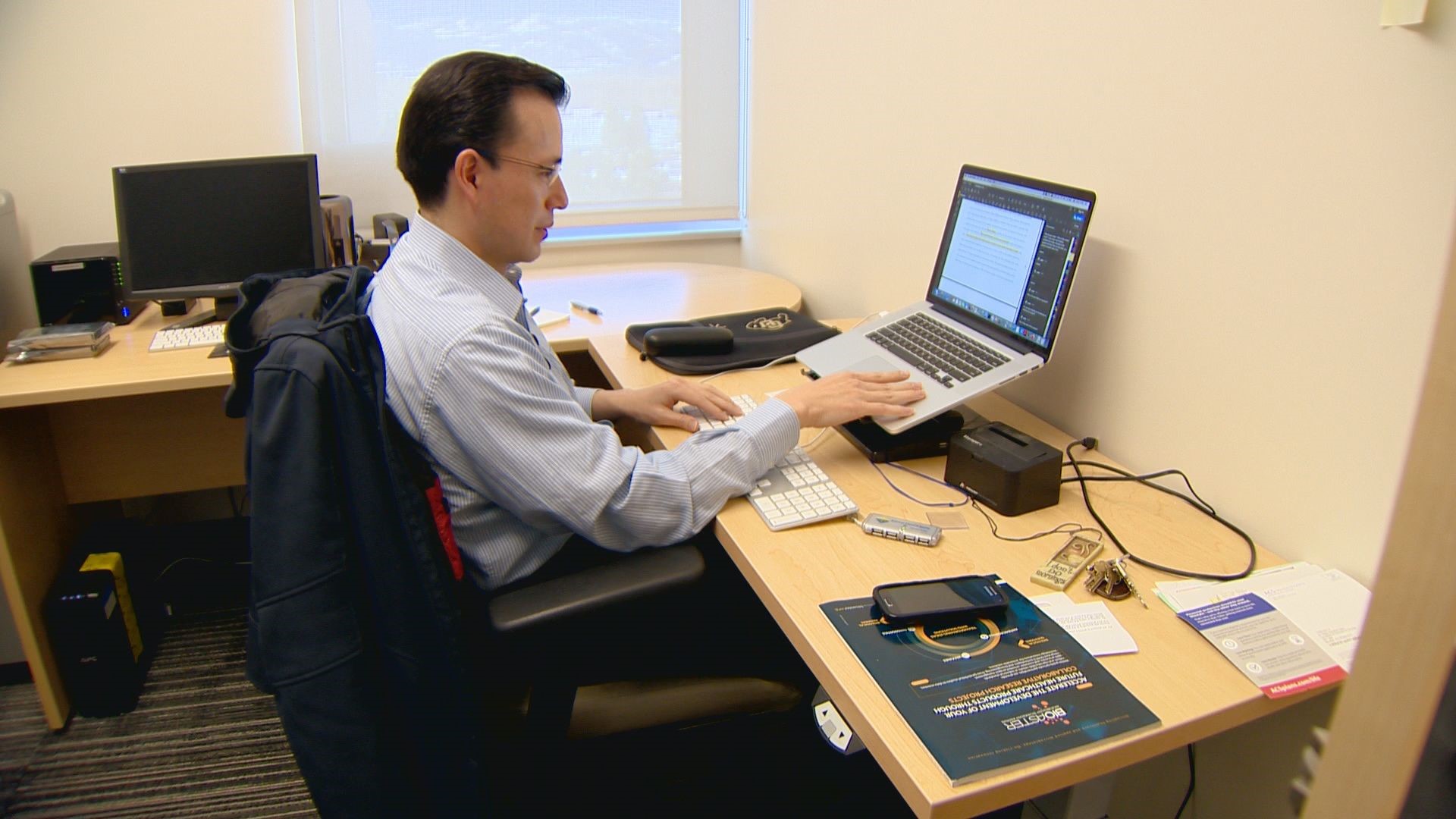 BOULDER, Colo. — Paul Sánchez prefers his office door closed. Perhaps it is because his current office at the University of Colorado Boulder (CU) is the first private office he has had there. It might also be because he has a lot of work to do, and some recent attention he is getting can be distracting.

“I never thought I’d get an asteroid named after me,” Sánchez said.

Sánchez is a senior research associate with the Colorado Center for Astrodynamics Research at CU. He has spent years studying asteroids there, with Distinguished Professor Dan Scheeres.

“Paul has been working with me for the last decade or so, and we’ve been doing some very good research,” Scheeres said.

Sánchez and Scheeres look at the makeup of small asteroids in the solar system, and what keeps them together.

“We study smaller asteroids—they’re about the size of a big hill or Pikes Peak,” Scheeres said. “These asteroids can cause damage, and we want to understand how they’re put together.”

Scheeres decided he would nominate Sánchez to have an asteroid named after him, because of this research. Every year, multiple asteroids are discovered, and the astronomers who discover them are the ones who can name them. As is custom, Sheeres reached out to one of them and petitioned for a binary asteroid to be named after Sánchez.

“I think Paul is a very humble person, and he has great skill and knowledge,” said Scheeres, who also has an asteroid named after him.

The nomination worked, and in September, the International Astronomical Union gave the asteroid 2000 VH57 a formal name: (20882) Paulsánchez.

“This award doesn’t really change what I do or who I am, but it makes me happy that my parents and my family and friends feel proud of what I’ve done,” Sánchez said. “Basically you have a handshake, telling you that the community thinks you’re good enough and that kind of recognition is great—it’s heartwarming.”

Sánchez also said the honor is for all of the aspiring scientists back in his home country, Ecuador. When Sánchez graduated in Quito in 2001, he was only the 90th physicist student to graduate.

“This award is not only mine—it also belongs to them,” Sánchez said.