If you're going to complain to Aurora Police, make sure you have the right Aurora

The Aurora in Colorado is not the only Aurora in the country. 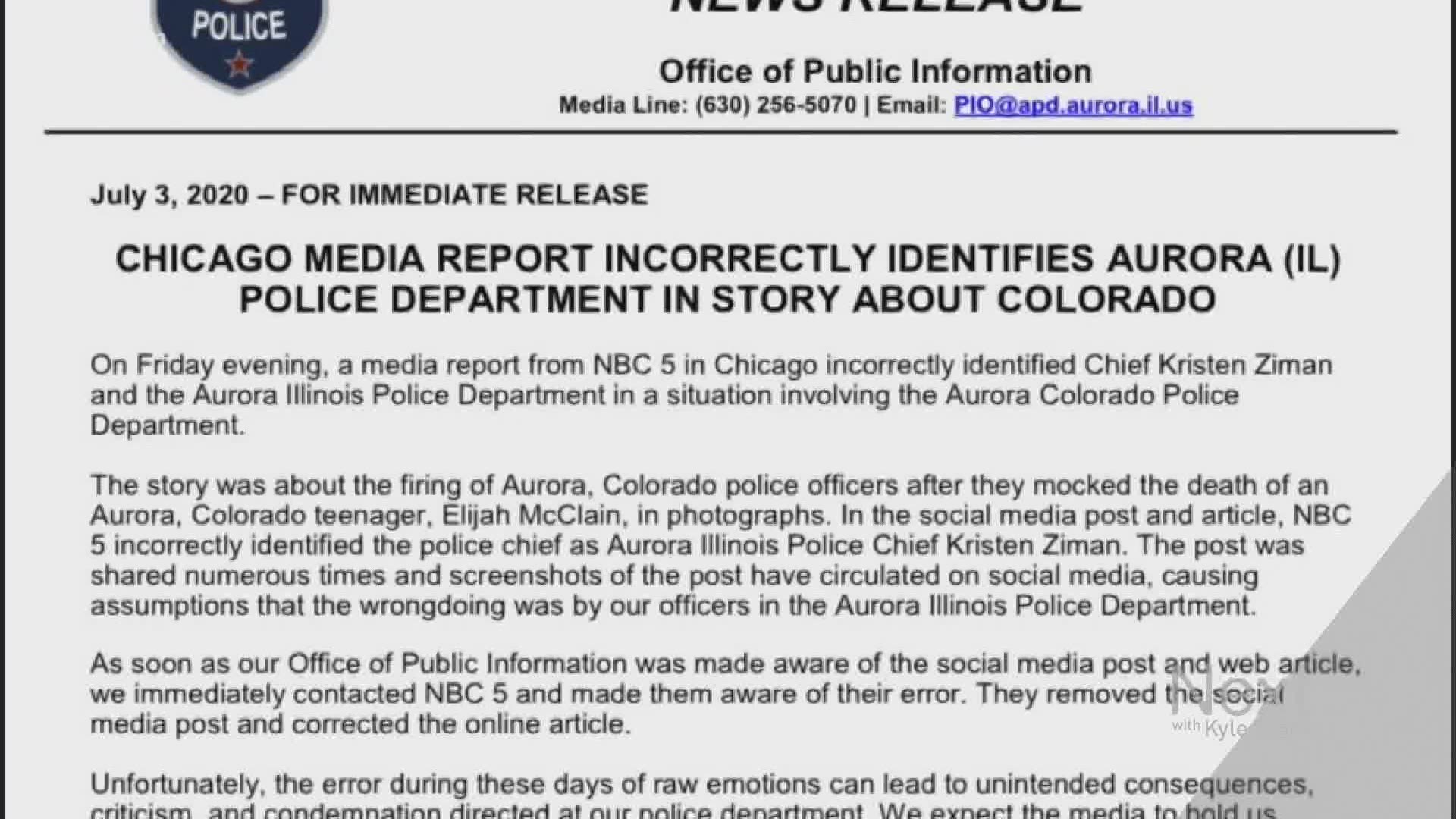 DENVER — People from across the country have taken notice of the Aurora Police Department in the last few months, following protests in response to the death of Elijah McClain, who died after officers used a carotid hold on him last year. An incident over the weekend renewed the nation's attention.

Twitter users shared their outrage after a video showed officers forcing a Black family, including children, to the ground in a case involving a vehicle mistakenly believed to be stolen. The car, with Colorado plates, happened to have the same license plate number as a stolen motorcycle with Montana plates.

"This is appalling," one person wrote.

"You guys are a total disgrace," another person said.

"We've received a number of messages and calls today from the community with concerns about a video of a traffic stop. The incident did not occur in our jurisdiction and did not involve our officers.  The incident involved the Aurora Colorado Police Department," the agency in Illinois posted to their own Twitter account on Tuesday.

We've received a number of messages and calls today from the community with concerns about a video of a traffic stop. The incident did not occur in our jurisdiction and did not involve our officers.

The official public statement from the Illinois department was not enough to stop some comments. In fact, at least one person still responded to that very message with anger about what happened in Colorado.

Several other people on Twitter realized the error and tried to correct users who targeted the wrong agency.

Some people in this thread are still confused... pic.twitter.com/wZquYOZoLH

But you're blaming the wrong police, dude. You're talking to the Aurora PD in Illinois. This happened in Aurora, Colorado. Geography still seems to be a serious weakness for 99% of Americans.

In case you were wondering, the Aurora Police Department is "@AuroraPD" on Twitter. The Illinois department goes by "@AuroraPoliceIL."

The chief of the Aurora Police Department in Colorado, Vanessa Wilson, said she apologized to the family for the "high-risk stop" that was used on Sunday, as is department protocol in cases involving stolen vehicles. She added that her department is looking at ways to change training, so officers feel more empowered to use their discretion in these situations.