Matt Mauck led LSU to a national championship in 2003 before entering the NFL draft. He played a year for the Broncos and two years for the Titans. 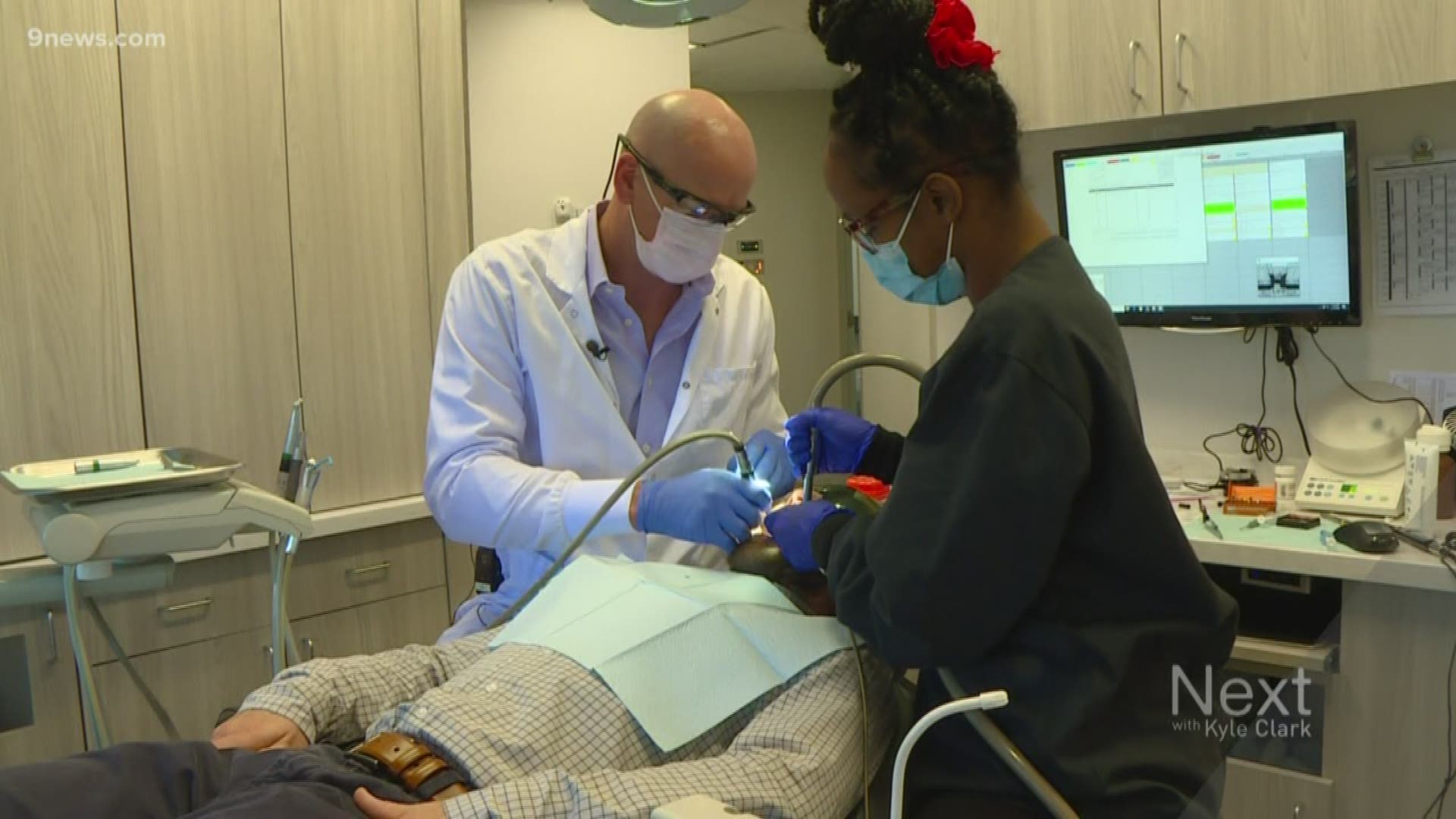 AURORA, Colo. — The Louisiana State University Tigers are the national champions of college football. Their quarterback, Joe Burrow, is a Heisman winner and likely to be the No. 1 pick in the NFL draft, if you ask Matt Mauck.

Mauck is a dentist in Aurora, but he has a bit in common with Burrow. He also played quarterback for LSU and brought the team to a national title in 2003.

Mauck sat down with Next with Kyle Clark Tuesday to talk about LSU's big win and his path from football player to dentist.

What did you think of LSU's win over Clemson Monday?

"This year was special, as well, just because 2007 was the last, and really Alabama has been so dominant for so long. And so for LSU to be able to do that and then to beat Clemson, who's been a great program as well, it was a special moment."

What do you think of LSU's Heisman-winning quarterback Joe Burrow?

"Not only is he a great player, but he's a really good person, and I think that it's kind of what you want for your alma mater, is for not only do you have success on the field but off the field. And I think Joe's going to be successful no matter what he does."

Credit: AP Photo/Stephen Morton
Matt Mauck celebrates with his teammates after scoring a touchdown in the fourth quarter of the SEC Championship game in Atlanta, Dec. 8, 2001.

What was it like winning the national championship in 2003?

“Much like this year, it was in Louisiana, and just being able to win a national championship in front of your home state is a pretty special thing."

Mauck played minor league baseball before his success at LSU and a stint in the National Football League (he played for the Denver Broncos and Tennessee Titans). He always envisioned himself going to medical school, but said it was the LSU team orthopedic surgeon who suggested dentistry.

“You get to know people and get to help people, and I love that I get to see them at least twice a year.”

What does dentistry have in common with football?

“You work with a team just like you do in football... If you took a picture of the schedule in the morning and the afternoon, it never looks the same, so you got to be ready to kind of roll with the punches and take whatever the day gives you.”