Aurora City Council forgave $65,000 in debt marathon organizers owed the city. One city councilman said he'd still vote in favor of that, even though the race left. 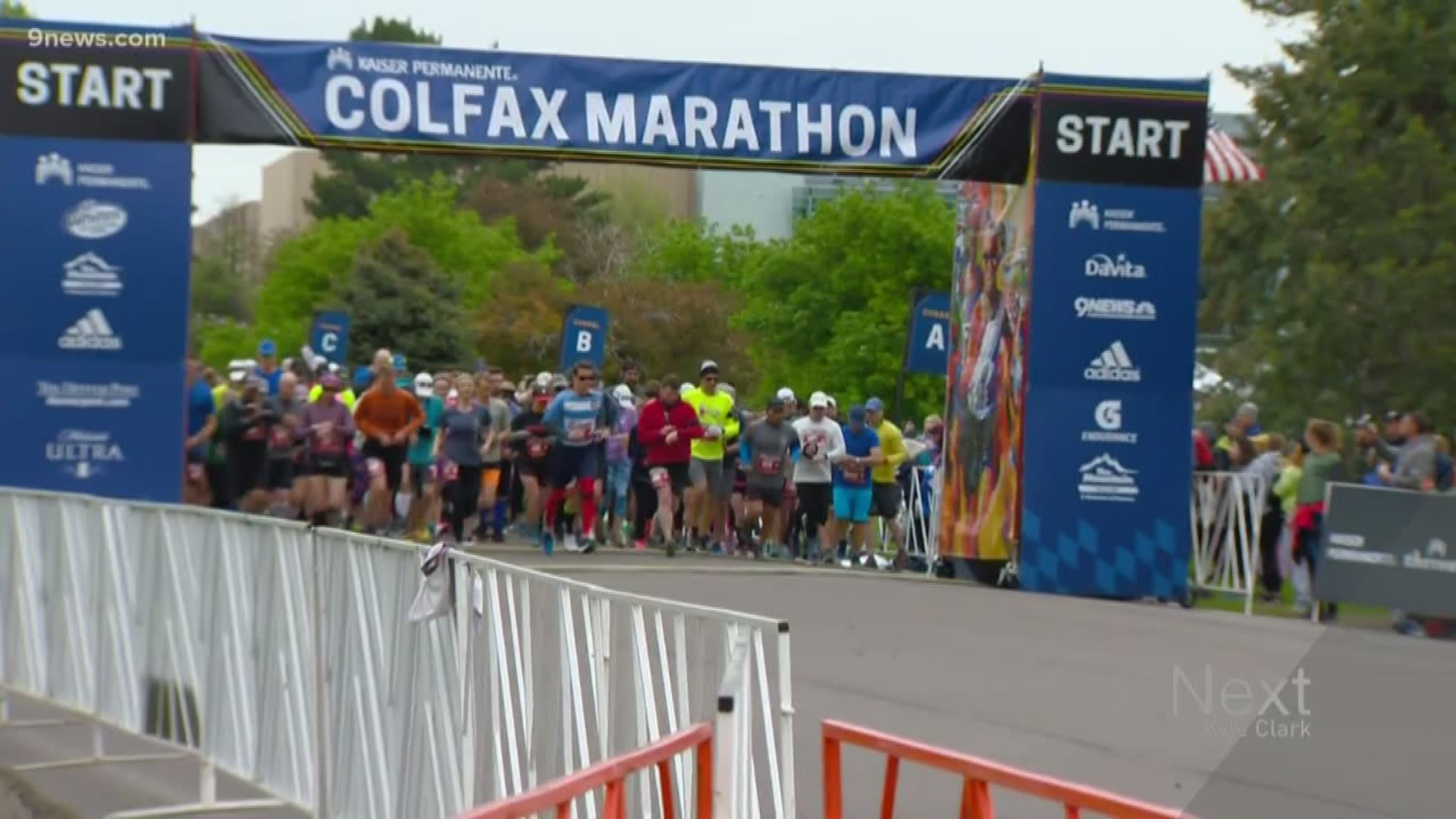 DENVER — Denver's Colfax Marathon and Half Marathon have interesting names.

The races aren't run exclusively in Denver and many of the miles are not run on Colfax Avenue.

When the race started in 2005, the marathon ran from Aurora to Lakewood, pretty much straight down Colfax.

In the 15 years since then, the courses have changed, but Aurora, Denver and Lakewood have all been included in the route.

On Tuesday morning, race organizers announced that the half marathon course will not go into Aurora. The course will stay in Denver.

That, by itself, isn't eye-popping news. What makes it a bit more interesting is if you know that the city of Aurora absolved a $65,000 debt owed by the marathon partnership.

"Aurora is still a founding member, their logo will still be out there with us. So, it’s not as though we just said, 'see you, thanks a lot, bye-bye.' It’s not like that at all,” said Colfax Marathon Race Director Creigh Kelley. "We don’t want to change too much, but we do want to give some relief to that neighborhood. Trust me, any of the minor complaints that I might have gotten over the years, whether it was in Denver or Aurora, are usually -- we were affecting a neighborhood person. And I don’t want to keep doing that.”

Aurora, Denver and Lakewood each provided $90,000 to help start the Colfax Marathon 15 years ago. Each city waived the existing debt owed by the marathon. Aurora and Lakewood each received sponsorship opportunities.

"They do recognize that, for a couple of years, the course may not be in Aurora, but what they were looking for is registration credits and the ability to market other events besides just the Colfax Marathon," said Colfax Marathon Partnership CEO Andrea Dowdy.

In August 2018, Aurora City Council approved waiving the $65,000 still owed, in exchange for a marketing package over 25 years:

"I wasn't very happy about simply ignoring or zeroing out the owed income, so instead, I asked if we could do a sponsorship," said Aurora City Councilman Dave Gruber.

Gruber helped negotiate the agreement in 2018

Would he make the same agreement today knowing the race isn't entering Aurora?

"I would've made that same agreement because I understand that there is simply not money there. It would've been silly to enforce payment of a loan, when I know the organization couldn't pay us back," said Gruber.

"We are building this charity partners program, second largest in the U.S. right now, with 200 charities. We want to continue to be able to support these charities well, and we also want to continue to give $100,000 every year to relay teams to give to charity, so in order to do that, we wanted to make sure we didn’t have to pay back loans every single year," said Dowdy. "The Aurora Firefighters, they happen to be super-fast runners, so if you look over the last number of years, they’ve actually won $20,000 for the Firefighters of Aurora Benevolent Fund, so you can’t just look at what a small arrangement is, we look at the bigger picture."

Dowdy said the partnership will review the course again at a later date and, perhaps, add Aurora back into the mix.

"We do feel that we will bring a course to Aurora. The question is what year? Which course? Those are great questions."