Walmart wouldn't say whether it will give 6 cents per bag back to the city of Denver like other retailers are. 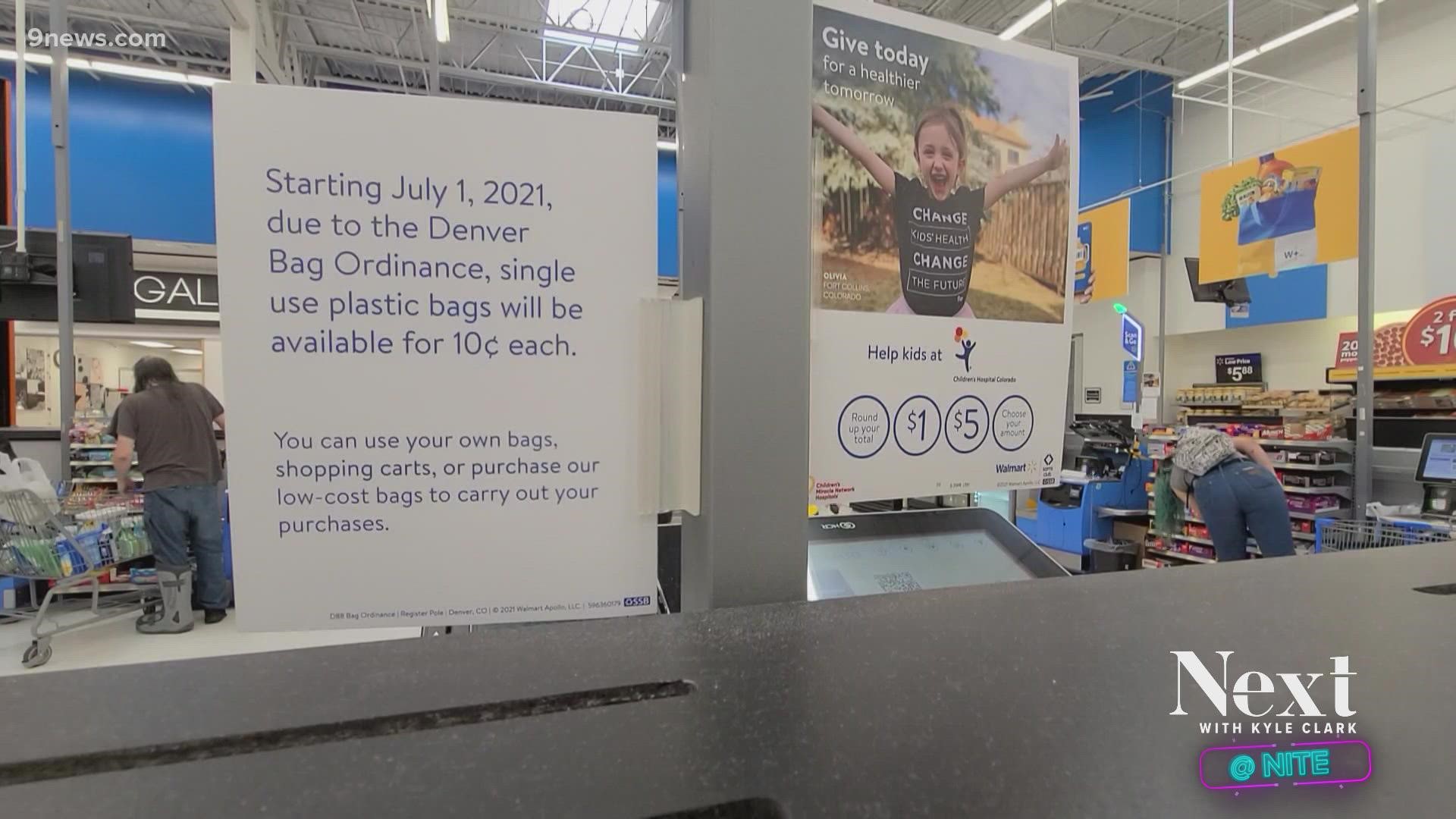 AURORA, Colo. — Mailing addresses are a confusing thing, even for one of the world’s largest corporations.

Next with Kyle Clark viewers Dave and Richard first alerted us to the fact that the Walmart at East Hampden Avenue and South Dayton Street was charging Denver’s new 10 cents per bag fee. While the store does have a Denver mailing address, it’s actually within Aurora city limits.

When Next reached out to Walmart to ask what was up with this, they took down the signs talking about the fee and stopped charging customers extra.

RELATED: Everything you need to know about Denver's new bag fee

A spokesperson for the Arkansas-based corporation issued a short statement about the mixup:

“This store sits in a unique position, occupying space in two counties. We apologize for our error regarding a 10-cent bag fee. We have removed the fee at this store, and we will work to reimburse customers who provide a receipt indicating incorrect charges.”

Six cents from every bag sold in Denver goes back to the city to fund reusable bag giveaways. When we asked Walmart if it was going to cut a check to Denver, we didn’t get an answer.

RELATED: Why stores with a Littleton mailing address are charging for Denver's new bag fee

Denver’s bag fee recently inspired another Next story about how retail stores with a Littleton mailing address are charging customers for Denver’s new policy.

The answer to this question is that while an area near South Wadsworth Boulevard and West Belleview Avenue has a Littleton mailing address and is basically on the border, it’s technically in Denver.

This southwest portion of Denver used to be occupied by city employees who found it an affordable place to live. A former policy meant that people who worked for Denver had to live in the city.