Ballot issue asks voters to provide free legal help to tenants, but at what cost?

A group in Boulder is trying to get an initiative on the ballot that would give renters in the city legal help while facing eviction. 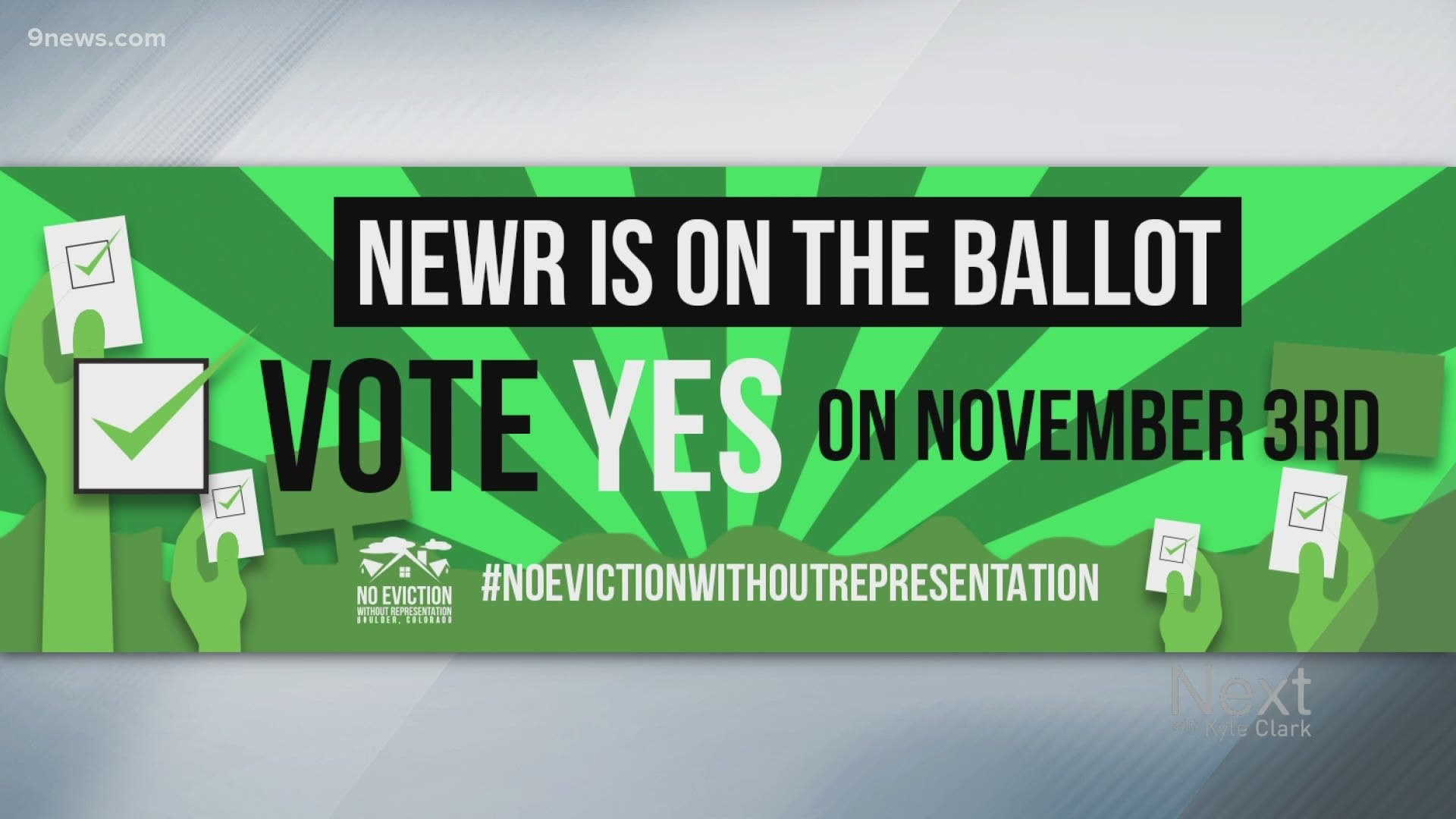 A group in Boulder succeeded in collecting signatures in person to qualify an issue on the November ballot in the city.

It's a lesson for Gov. Jared Polis, who issued an executive order allowing signature collection by mail and email, only to be overruled by the Colorado Supreme Court, which determined that Polis did not have to power to not require signature collection in front of an actual circulator, even in a pandemic.

"Our success is entirely because of our hardworking and dedicated volunteers who went out there during a pandemic and put their health and safety at risk to get signatures for us," said Ruy Arango from No Eviction Without Representation.

His group turned in enough signatures to put an issue on the Boulder ballot, asking voters if renters should be allowed free legal help if facing eviction.

Though, with anything, free isn't exactly free.

Landlords would be charged a $75 annual fee for each rental.

And if landlords had to pay an extra $75 in fees to rent their unit, it's a fair assumption that renters will pay at least $75 more in rent.

"I don't know about you, but no landlord of mine has ever needed an excuse to raise my rent," said Arango. "If they do that, that would be a very small amount of money to pay for free legal counsel."

First, the tenant needs to do something that violates their lease.

The landlord then has to provide notice to the tenant. Normally, that's a 10-day notice, but under an emergency executive order by Polis, it's currently a 30-day notice.

If the issue isn't resolved, then the landlord files the eviction with the courts.

"Ninety percent of the evictions in Boulder County are for non-payment of rent, and an attorney present will not change the outcome of that eviction hearing," said Todd Ulrich, board president of the Boulder Area Rental Housing Association. "Our membership is in favor of the outcome that is being proposed, but we're in disagreement with how we accomplish that."

Boulder Area Rental Housing Association represents landlords and property managers that make up 14,000 rental units in Boulder. According to Ulrich, there are about 23,000 overall.

If each of those unit owners had to pay an extra $75, that would be more than $1.7 million a year.

"This is quite a large amount of money, it's about three times what is needed to cover the current rate of eviction," said Ulrich. "The cost of the eviction times the number of evictions we're actually seeing is about $500,000."

He said the suggestion from landlords and property managers would be to have the landlord pay the fee if they file an eviction with the court, since many landlords never need to worry about trying to evict someone.

According to Arango, the $75 fee will also provide tenant education and rent assistance to help someone avoid worrying about eviction.

Even with eviction filings likely to spike because some tenants will be unable to pay their rents due to COVID-19, this program wouldn’t help immediately.

If this issue were to pass in November, the ballot language gives the city up to one year to implement the program, so no later than November 2021.