The Cherry Creek trail is flooded at the Monaco Parkway bridge, and it's all because of beavers (which apparently are common in Denver). 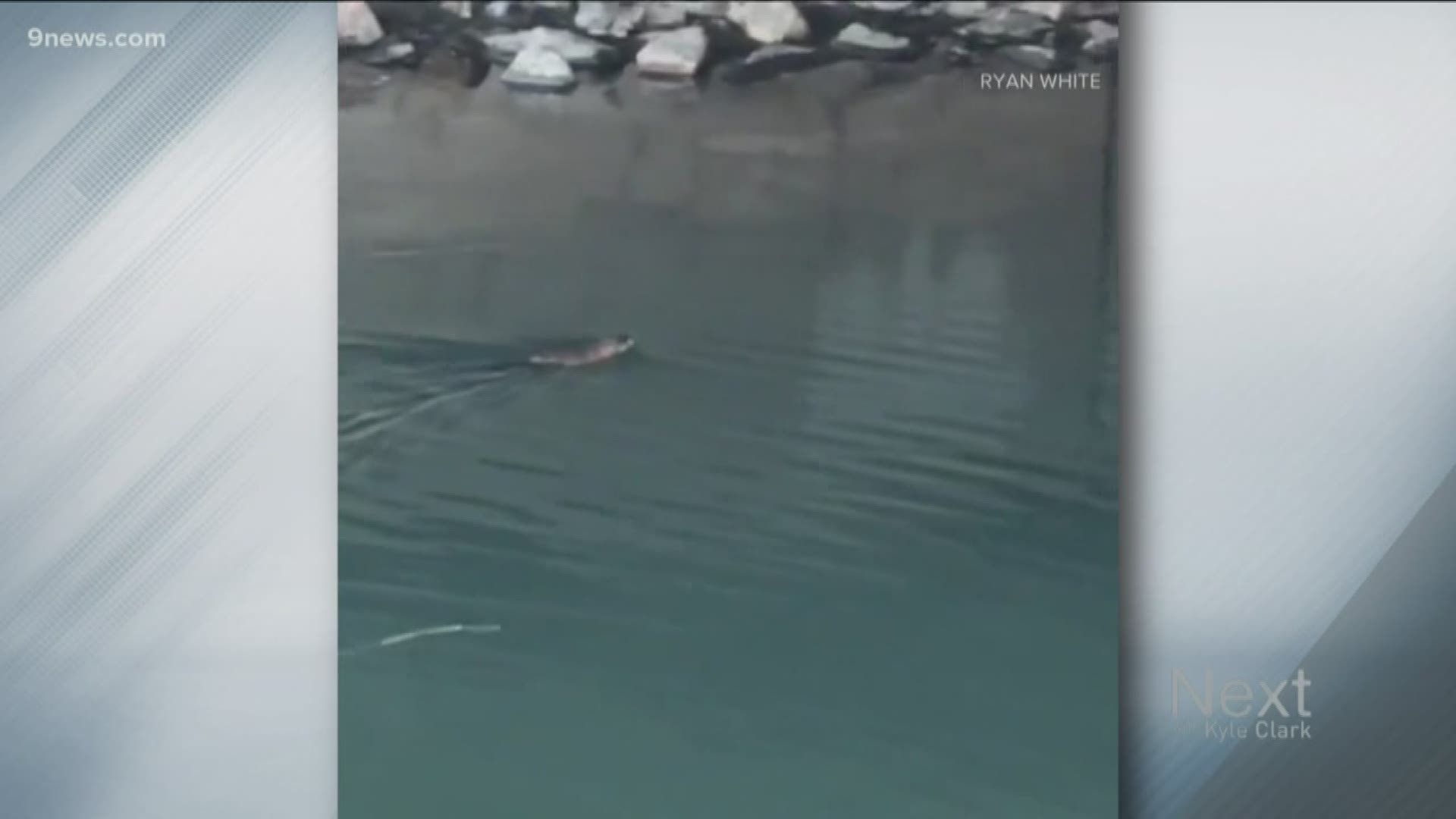 DENVER — Same dam problem, different year. This story was originally posted in 2019. Years later, the problem persists. The water level here makes it tough to use devices (sometimes called beaver deceivers) that discourage beavers from building dams there. That means Denver Parks and Rec has to clear water manually each time. Eventually, they plan to replace the Monaco Parkway Bridge -- make it wider, elevate the trail and widen the creek. Until then, the beaver battle continues. This is our previous coverage.

There are beavers in Denver, and they’re causing some trouble for the bike commuters who use the Cherry Creek Bike Path.

“There’s an active beaver dam just upstream of the Monaco bridge,” said Cincere Eades with Denver Parks and Recreation. “So there’s a lot of water backing up, and that’s causing flooding on the Cherry Creek trail.”

The dam is technically in a side channel of the creek in southeast Denver near the South Monaco Parkway bridge. Eades said the hungry beavers have left broken branches in the creek, clogging up the water and leaving behind frozen debris in the shade.

Crews first modified the beaver dam back in November, but the largest rodents in the U.S. are already starting to rebuild. Eades said wildlife officials want to avoid moving the dam so they don’t disturb the beavers, so they’re exploring other options.

“There’s something called a flow device where we put a tube through the dam so water will still flow, but the beavers don’t hear the water and so they stop building it,” Eades said. “And this is a good alternative.”

Right now, the Cherry Creek trail is detoured around the floor zone. Eades said the process is underway to hire a contractor to help reduce the flooding – something that could be done within the next couple of weeks.

“We’re actively working as fast as possible to solve the problem for commuters on bike, but there are other regulations that we have to follow when it comes to managing wildlife in the city,” Eades said.

RELATED: No solution in sight for big dam problem on stretch of Cherry Creek trail

For what it’s worth, beavers actually aren’t that are in Denver – they’re in most of the city’s waterways if you know where to look.

“If you look closely, you'll see their lodges and their dams all over the city,” Eades said.

The Greenway Foundation actually posted a guide to finding beavers in Denver. Apparently, the Platte River and its waterways are ideal beaver habitats.

Some signs of beavers include chew marks on trees or stumps, as well as their tracks, but be warned: a beaver dragging its tail could actually erase those!

Oh, you can also spot beavers by looking at their dams. Beavers are crepuscular creatures, meaning they’re only really active at dawn and dusk.

Honestly, that characteristic is similar to many Denver trail users.