Sanders talked about his proposed transition for traditional energy workers in an interview with Next with Kyle Clark. 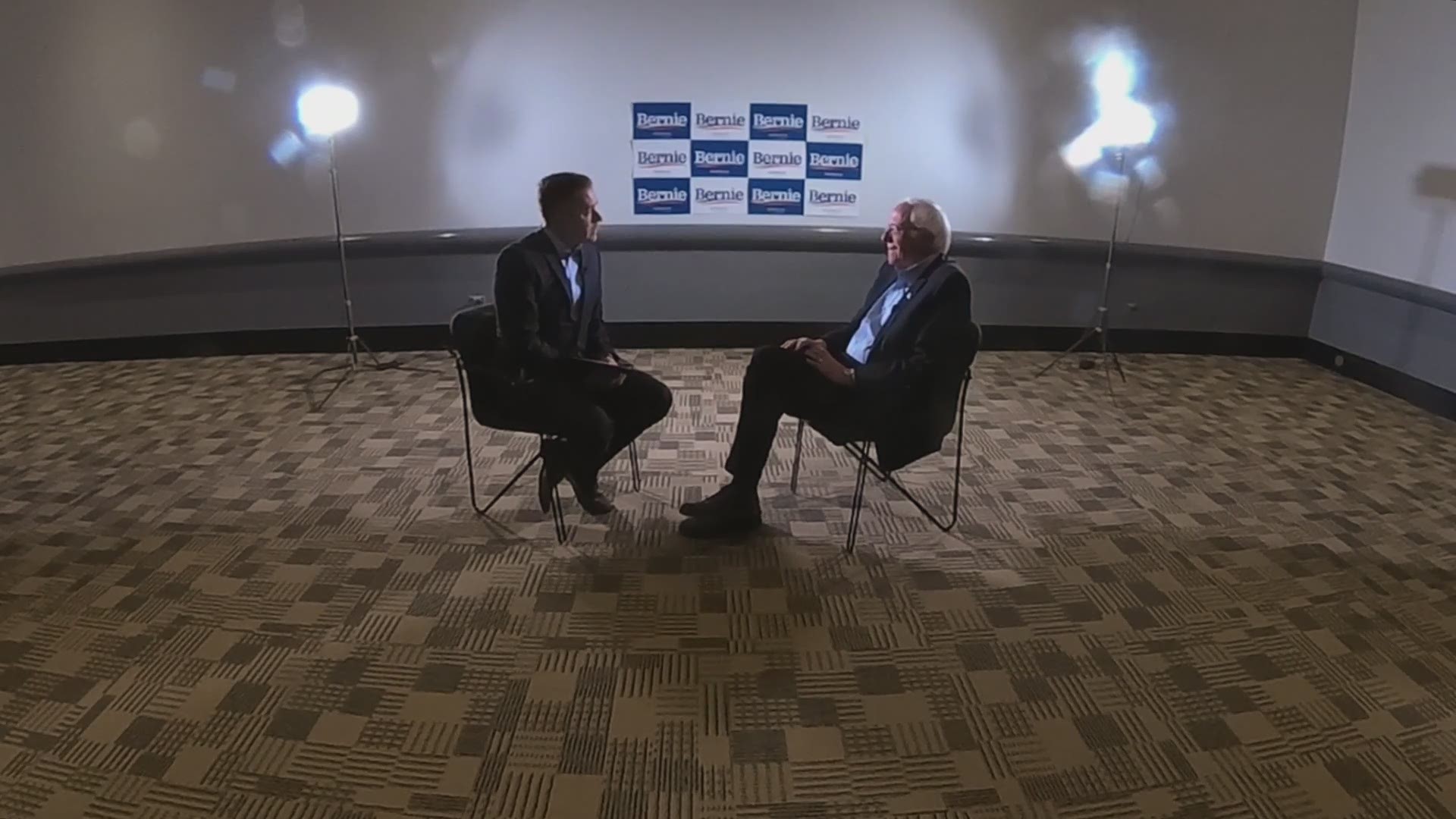 DENVER — Democratic presidential candidate Sen. Bernie Sanders said Colorado’s traditional energy workers are not his enemy, but they must prepare to transition to jobs outside the fossil fuel industry.

Sanders talked about his proposed transition for traditional energy workers in an interview with Next with Kyle Clark. State statistics indicate about 91,000 Coloradans work in the sector.

“Those workers are not my enemy,” Sanders said. “It’s not their fault that climate change is threatening the planet.”

Sanders has introduced a bill to ban fracking nationwide in 2025. Sanders is calling for a “just transition” to spend billions of dollars to provide oil and gas workers with five years of income, job retraining, education and health care.

“We’re not going to push them aside,” Sanders said. “We’re going to protect them.”

Sanders spoke with 9NEWS as he looks to continue momentum after winning the New Hampshire primary. His rivals are trying to cast Sanders as unlikely to beat President Donald Trump at a time when Democratic voters are focused on electability.

Sanders said he is not bothered by voters’ focus on electability over policy.

“Sure, everybody wants to beat Donald Trump,” Sanders said.

Some of Sanders’ progressive proposals face opposition from big-name Democrats in Colorado. Both Sen. Michael Bennet and former Governor John Hickenlooper, who is running for the Senate, oppose Sanders’ Medicare For All universal health plan.

9NEWS asked Sanders about the possibility that his national health plan would be blocked by Democrats like Bennet and Hickenlooper.

“You’ve given me the names of two people who don’t support it,” Sanders said. “You haven’t told me about the polling that says that the overwhelming majority of Democrats do support it.”

Sanders said the status quo in health care is unacceptable.

“This is a system that cannot be defended,” Sanders said.

He did not directly answer when asked if compromising with reluctant Democrats to create a public option would be a success in his view.

If Sanders wins the Democratic nomination, he will face President Trump, who has a history of casting doubt on election results he does not like.

President Trump claimed, without evidence, that millions of people voted illegally in 2016.

9NEWS asked Sanders if he was concerned that President Trump would attempt to retain power if he loses in 2020.

“Well, then you’re talking about obviously a very, very dangerous moment in American history,” Sanders said. “I believe that we are going to defeat President Trump and I believe there is an excellent chance that I will be the next President of the United States.”

Next with Kyle Clark has requested interviews with all of the leading Democratic candidates and President Trump ahead of the March 3 primary.

Sen. Sanders is the first candidate to accept the invitation.

RELATED: Dates, deadlines you need to know for 2020 election year