Nicole Caldwell-Wetzel credits her grandfather and an educator who is now her colleague. 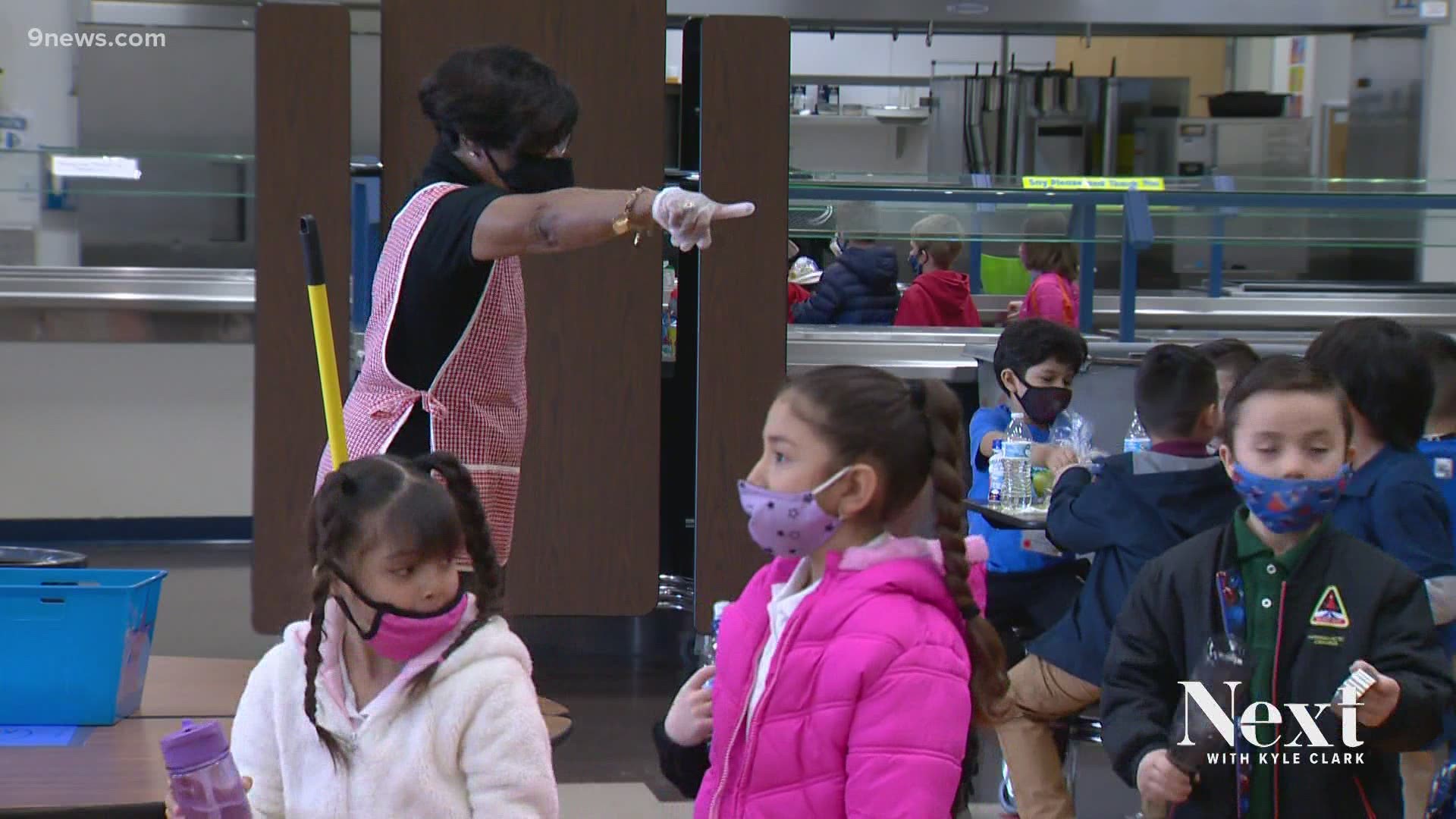 NORTHGLENN, Colo. — Nicole Caldwell-Wetzel has been the principal at the Global Village Academy in Northglenn for the past seven years.  It’s a career that was sparked by two people who have inspired her the most.

Caldwell-Wetzel credits her grandfather, the late Elvin Caldwell Sr., Denver's first Black city council member, and her elementary school assistant principal, Vasa “Peaches” Sellers, who is now a colleague and a mentor to her at the charter school.

“My first year I was here, she would come in and check in on me,” Caldwell-Wetzel said. “And let me know if I needed a hug, if I needed a laugh, and if I needed to be told to go home and sleep.”

Sellers was the assistant principal at Smith Elementary in the Denver Public School district from 1988-90 when Caldwell-Wetzel was in first and second grade. She said one of the many impactful moments they had together was Sellers' relentless support of submitting an essay to a writing contest.

The essay was about the importance of helping others, but what Caldwell-Wetzel remembered most was Seller, or “Ms. Peaches,” forcing her to re-write the essay several times until it was perfect. It was a contest that Caldwell-Wetzel would go on to win.

Caldwell-Wetzel said that experience made her a perfectionist and take pride in everything she does.

“I wouldn’t let her turn that paper in until I felt she and I both agreed that it was to perfection,” Sellers said. “She would (eventually) tell me and her parents that someday she was going to grow up to be just like 'Ms. Peaches,'”

Caldwell-Wetzel said it was a lesson that stuck with her all the way through college and her career as a school principal.

“I try my very best,” Caldwell-Wetzel said. “I try to get things done perfectly the first time and the second ... or maybe the third."

In her second year of being a principal in 2016, Caldwell-Wetzel tried her best again. She was looking at a list for substitute teachers on a wintery November day when they had several teachers out. That’s when she recognized a familiar name.

“The name Vasa Sellers was on there and I thought to myself, 'there's no way there's more than one Vasa Sellers in this world,'" Caldwell-Wetzel said.

She called Sellers in and said they had an emotional reunion in the school’s lobby.

“I ran to the front desk and waited for her to come in and sure enough, she came in,” Caldwell-Wetzel said.

Sellers said Caldwell-Wetzel came out to greet her in tears.

"She said, 'you probably won’t remember me, but I’ll never forget you,'" Sellers said about Caldwell-Wetzel. "She said, ‘I’m your Nicole, who said I’m going to be just like you,'”

Sellers was hired a week later as the school’s in-house substitute. She served on the School Accountability Committee, Strategic Planning Committee and has mentored Caldwell-Wetzel as a school leader for the past five years.

Caldwell-Wetzel said Sellers has done many things beyond being a substitute, including counseling the middle schoolers, which was one of her passions.

The 79-year-old is now retired and volunteers at Global Village Academy for five hours a day as the cafeteria supervisor.

Caldwell-Wetzel said the joy that Sellers has brought to her school is immeasurable, and “Ms. Peaches” quickly became a legend among students.

It’s a bond of giving back that these two said they will always share as an inspiration for the students at their school.

“You never know when you’ll touch a life,” Sellers said, "(until) after all these years somebody who says, 'I’m going to grow up to be just like you’ actually does.”