The most destructive was the May 8, 2017 storm that pounded the west Denver metro area and caused $2 billion in damage. 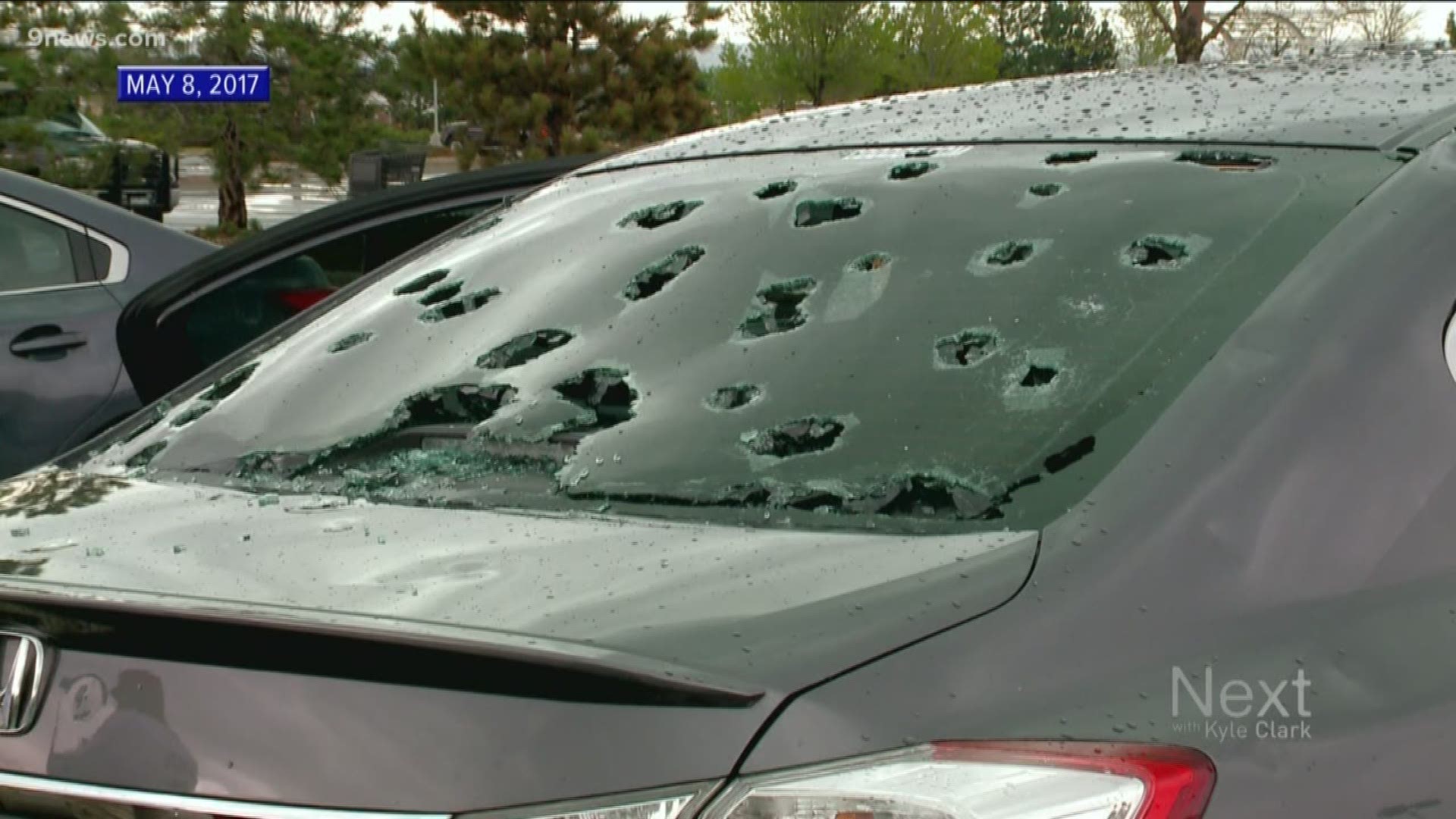 DENVER — There’s no place else in the country that gets more severe hail events every year than the Front Range of Colorado.

And this decade, new records were set when it came to hail damage in our state.

It’s hard to forget the May 8, 2017 storm. Hailstones the size of baseballs started pounding the west side of the Denver metro area, falling 100 mph and cutting through car windows like butter.

Lakewood, Golden, Wheat Ridge and Arvada took the brunt of the storm – but more than $2 billion damage was reported throughout the state. The Colorado Mills mall was closed for months due to the destruction.

This was the most expensive hailstorm in Colorado history – and it happened one year after another one for the record books.

On July 28, 2016, a hailstorm slammed the Colorado Springs area, injuring 14 people and killing two birds at the Cheyenne Mountain Zoo.

This was Colorado’s fifth most expensive hailstorm.

Overall, four of the top eight most expensive storms in Colorado history have happened this decade.

And for what it’s worth, accumulating hail has become a bigger issue over the last 10 years. The National Weather Service calls this plowable hail, and it’s been up to 2 to 3 feet high.

While there’s no evidence that hail has gotten bigger over the years, Colorado did break a record.

A 4.83-inch chunk of ice fell from a storm over Kit Carson County over the summer, the largest in state history.

RELATED: It's official: In August, the largest hailstone in Colorado history fell on Bethune