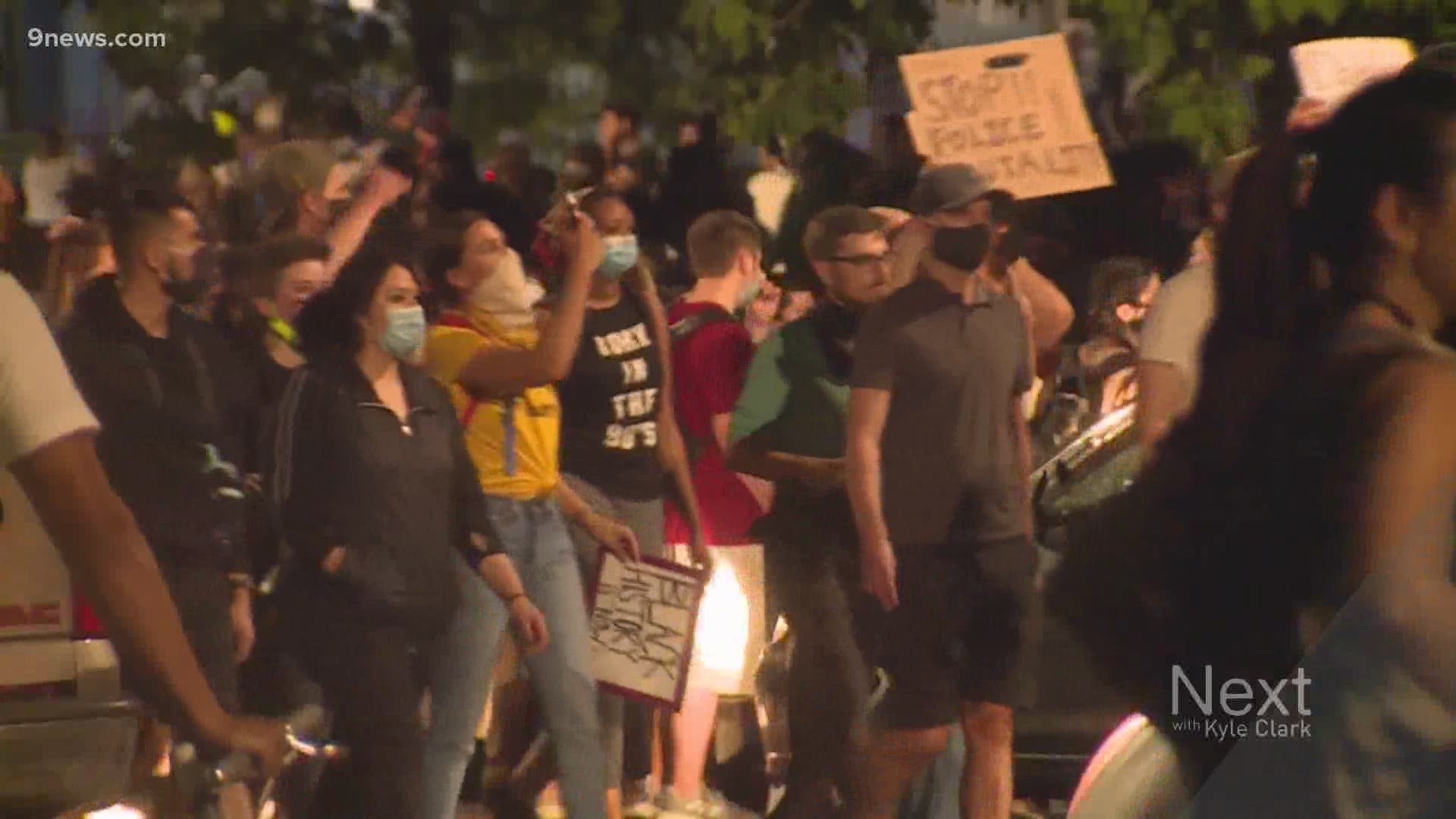 DENVER — When protesters demanding justice for George Floyd gathered by the thousands in cities across the country, some feared it would lead to a spike in COVID-19 cases.

But, as the average 10-day incubation period for the virus came and went, the curve largely stayed flat.

“This is a little bit puzzling because we know COVID-19 is something that is likely to be spread at these protests," University of Colorado Denver Professor of Economics Andrew Friedson said.

He’s part of a team that tracked the relationship between Black Lives Matter protests and novel coronavirus cases.

That team published its findings in a paper that says the reason we haven’t seen the protests lead to a spike in cases is social distancing.

“So what seems to be happening is this spike in avoidance behavior,” Friedson said.

The team mapped out where demonstrations were and were not happening, and found that COVID-19 rates in cities with protests were the same as cases in cities without protests.

They also used anonymous cellphone data to determine that while thousands of protesters gathered together in a given city, even more people decided to stay home than usual.

"If the overall population is sheltering in place more, then what you could have is an offsetting effect that is sufficient to wipe out any transmission at the population level that happened at the protests,” Friedson said.

What does this all boil down to? Any uptick in COVID-19 cases that may exist among protesters has been offset by an even greater number of people who avoided crowds and stayed home.

“The big takeaway from this paper is that social distancing is incredibly valuable,” Friedson said.

One thing Friedson wants to make clear is just because the protests haven't led to spiking COVID-19 cases it doesn't mean it's safe to resume all large gatherings.

"I don’t think that’s the right message," he said. "Because the Black Lives Matter protests were accompanied by a tremendous amount of avoidance behavior.”