New Colorado congresswoman has history of associating with militias

Colorado Congresswoman Lauren Boebert (R) bragged about the militia. And this month, her supporters stormed the Capitol. She's scrubbed away evidence of those ties. 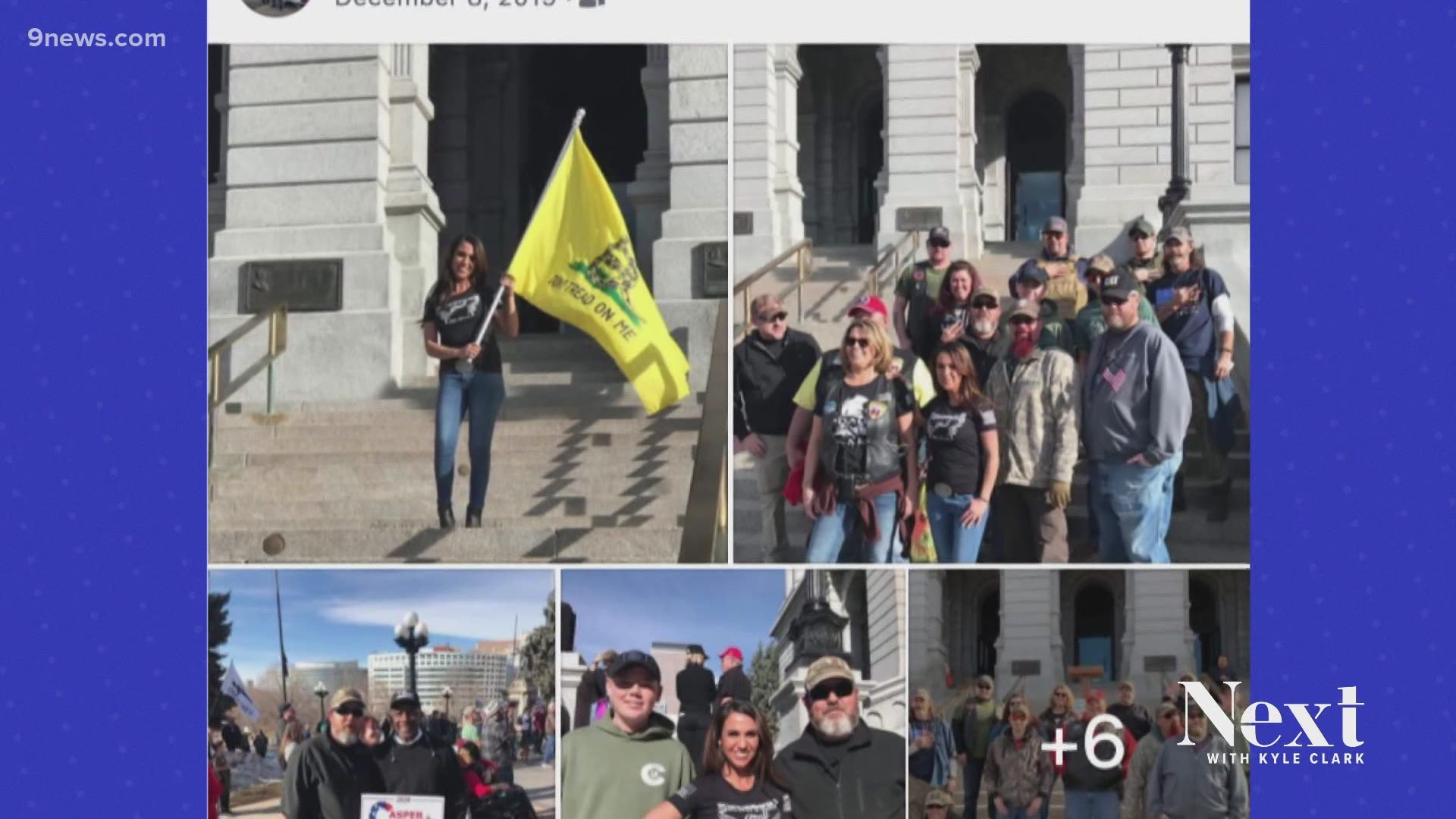 DENVER — In December 2019, fresh into her campaign to represent Colorado’s 3rd Congressional District, Lauren Boebert posed for a photo with a group of gun rights advocates in front of the Colorado state Capitol. Behind her, four men flashed gestures with three fingers, a hand signal associated with the Three Percenters, an extremist militia group.

That photo recently resurfaced, with some people falsely claiming it was taken outside the U.S. Capitol before a violent insurrection on Jan. 6. Fact-checkers very quickly dispelled that misinformation.

But the photo represents part of a pattern of Boebert’s interactions and rhetoric surrounding militias and other extremist groups.

RELATED: Verify: Is the story behind the Boebert group photo circulating on social media true?

This past weekend, a Woodland Park man was arrested for assaulting a police officer during the insurrection. Investigators wrote that Robert Gieswein, 24, had an apparent connection with the Three Percenters group, along with running his own paramilitary group called the Woodland Wild Dogs.

In November 2018, Gieswein posted a photo of himself and three other men posing outside Boebert’s Shooters Grill in Rifle, seen in a screenshot obtained by a Daily Beast reporter before Gieswein’s account was deleted following the federal charges. All four of the men are flashing the same hand signal, and Gieswien appears in the photo holding a rifle. The staff at Shooters Grill open carry firearms, a move encouraged by Boebert, a fervent supporter of gun rights.

RELATED: Woodland Park man turns himself in, faces charges in connection with insurrection at US Capitol

Three Percenters refer often to the American Revolution comparing modern day government to the tyrannical British government. They advocate for resistance to federal government policy they deem unconstitutional. Several Three Percenters have been arrested for roles in the capitol insurrection.

On her Twitter feed, Boebert often uses rhetoric friendly to the cause. In May, after armed militias stormed the Michigan state Capitol, Boebert tweeted calling the state’s Democratic governor an “outright tyrant” who shouldn’t be in power.

Whitmer should not be in power. She’s become an outright tyrant.

A month later, Boebert tweeted the phrase “I am the militia.”

I am the militia. #2A #WeThePeople

And on Jan. 6, the day violent rioters stormed the U.S. Capitol, Boebert tweeted “Today is 1776,” a phase overheard as some rioters entered the building.

The congresswoman has since condemned the violence inside the Capitol that day.

“Everyone in a leadership role has to watch their words and counter some of the false narratives out there, but also to make sure that they’re not associating with or accidentally even condoning these ideas,” said Rachel Nielsen, executive director of the Colorado Resilience Collaborative, a prevention and intervention effort at the University of Denver aimed at countering violent extremism.

After questions surfaced about Boebert’s posed photo with Three Percenters from 2019, the congresswoman deleted it.

“It’s not enough to just not associate with the people,” Nielsen said. “I really think we need people who are willing to say that these things are inaccurate and even the core beliefs are inaccurate.”

9NEWS asked to interview Boebert about these associations with militia groups, but her office hadn’t responded to that request Monday evening.