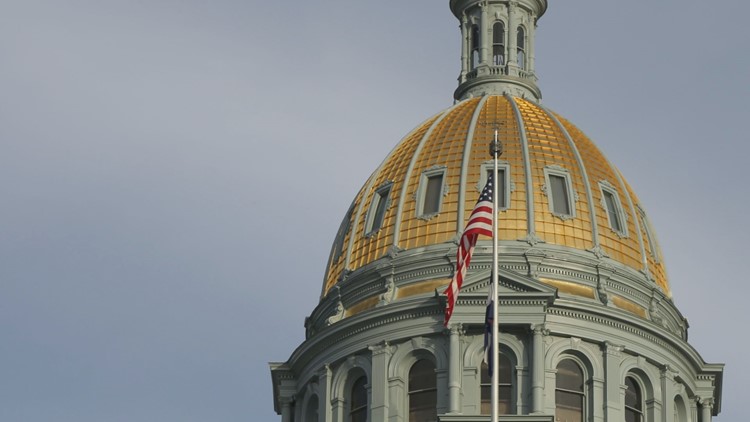 Botched firing of Colorado Senate secretary has been resolved

The Democrats in the Colorado State Senate tried to fire the Senate's secretary and bring in their own person, the Republicans said. The problem? The lawyers said they weren't allowed to do that without the full Senate's approval. As of Friday, the issue seems to be resolved with the previous secretary's resignation.
Author: Marshall Zelinger
Published: 4:48 PM MST December 7, 2018
Updated: 5:11 PM MST December 7, 2018

DENVER — The Colorado Senate secretary snafu may be over.

Incoming Senate President Leroy Garcia (D-Pueblo) decided to get rid of Ameen last month and replace her with Cindi Markwell, Senate Republicans told Next with Kyle Clark. Next could not get much information from Senate Democrats on that decision, which was made just before the Thanksgiving holiday.

While it appeared Ameen was fired and Markwell was hired, the attorneys for the legislature determined Democrats alone don't have the power to fire the Secretary of the Senate or name a new one. That position is elected by members of the full Senate, which doesn't convene again until Jan. 4.

"I am glad to announce that a resolution has been reached in the situation regarding the Secretary of the Senate. Effective today, December 7, Effie Ameen has resigned her post as Secretary of the Colorado State Senate, and an appropriate separation package was arranged in acknowledgment and appreciation for her 17 years spent working hard for the citizens of Colorado," said Grantham via email.

It's unclear if there have been two Senate secretaries up until this resignation. Grantham is in control of the budget through Jan. 4.

"I would be more than happy to, upon request, facilitate the transition in allowing the incoming Secretary to be paid appropriately via the nonpartisan budget as early as Monday, December 10th as opposed to whatever means by which she has been paid since November 26," said Grantham.

The Secretary of the Senate leads and hires the nonpartisan Senate staff and manages the staff budget.