A bike shop in Boulder will stop selling lines of Giro, Camelbak and Bell because they're owned by Vista Outdoor - a company that also owns an outspoken gun company. 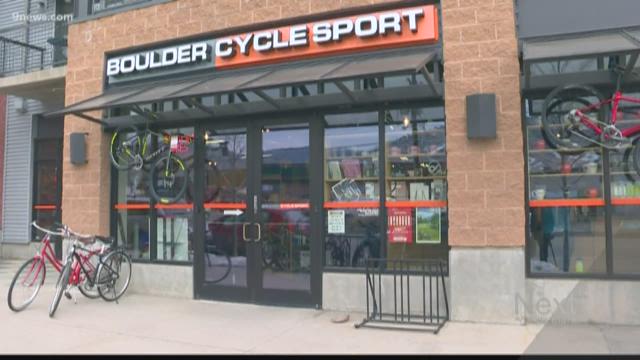 In a place for bikes not bullets, Justin Hoese is taking a stand.

"We've been getting product from them for over 12 years," Hoese said. "Their products are amazing. They're top of their industry, so it was a real challenge to make this decision."

Hoese is co-owner of Boulder Cycle Sport. He and his management have decided to stop selling the popular product lines of Giro, Camelbak, and Bell because they are owned by a company called Vista Outdoor.

"With a name like Vista Outdoor, we tied it to camping gear," Hoese said.

In addition to camping gear, Hoese found out that Vista Outdoor also owns several gun-related companies including one called Savage Arms who brags about its ammunition and weaponry proudly on social media.

"Putting assault rifles and that type of equipment in the hands of civilians is not what we're about," Hoese said.

He knows his stand won't sit well with all cyclists and customers out there. Hoese says the decision actually made even before the horrific shooting rampage in Parkland, Florida which left 17 dead at Marjorie Stoneman Douglas High School.

"Our minds had already been made by then, but that was just some affirmation," Hoese said.

Thursday, major outdoor recreation retailer REI announced that it was also ceasing the sales of products from Vista Outdoor. Vista Outdoor has not offered any statements about the product boycotts.

Hoese says he knows that this will hurt his business financially. Still, he wants to make sure his place for bikes has absolutely nothing to do with bullets.

"As a company, me and my business partners, we won't compromise our core values for profits," Hoese said.