Secretary of State Jena Griswold said her office advises against in-person petitioning during the stay-home orders, in place to stop the spread of COVID-19. 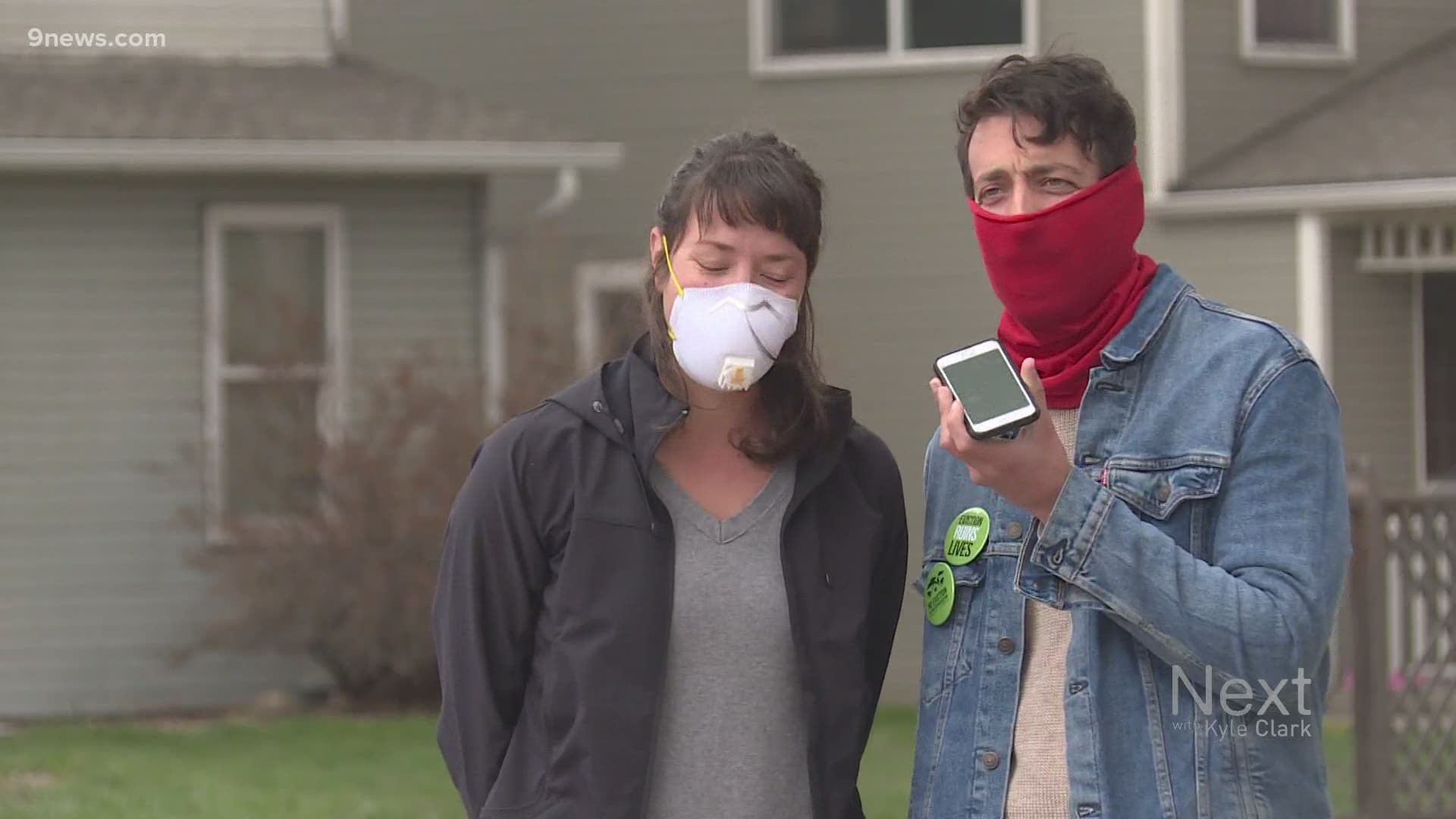 BOULDER, Colo. — If someone came up to you and asked if you'd like to sign a petition to put something on the ballot, would you give them the time of day during a pandemic?

What if they wore a mask and gloves? Would it matter?

Boulder City Council voted down an effort to allow three groups to collect signatures digitally, instead of the traditional pen and paper requirement.

"To me, the question was would we be able to properly validate and sample the signatures, and ultimately the answer was no," said Boulder Mayor Sam Weaver.

Weaver was one of the five who voted no during Tuesday night's council meeting. The issue lost 5-to-4.

That means three issue committees will still have to collect the required number of physical signatures to get their issues qualified for the November ballot.

"We do not have any valid signatures," said Eric Budd, representative of the committee "Bedrooms Are For People." His group is trying to get a ballot issue to allow four or more unrelated people to live in the same home. If the home has more than four bedrooms, the occupancy would be equal to the number of bedrooms plus one.

"If you have more than three unrelated people living together, then you are more at risk of eviction or fines," said Budd.

Because this would be a change to the Boulder City Charter, the group has until August 5 to turn in 4,048 valid Boulder voter signatures.

"A safe number would be about 5,000 signatures to actually collect," said Budd. "The city council has essentially told us do this in person at your own risk or do this next year."

RELATED: COVID-19 pandemic shows how smart Colorado was to switch to mail-in ballots

"I mean, people are even hesitant to even make eye-contact these days," said Meagan Arango with the committee "No Eviction Without Representation."

That committee is seeking a ballot issue asking voters to have the city of Boulder pay for legal representation for anyone facing eviction.

"We need 3,336 verified signatures. Our aim was to collect about 4,500. We currently have, we estimate close to 2,000," said Arango. "We were on track to meet our goal for the June 5 deadline, but we've already lost about 40 days of in-person canvassing."

Since this would make a municipal change and not a change to the city charter, the deadline is different.

"A lot of the big events that we were hoping to take advantage of like the Farmers Market or musical festivals, they just aren't happening," said Arango.

"I think we would, but we're kind of weirdos in that regard," said Ruy Arango.

What about even trying to ask someone to sign a petition?

"That would be the dumbest thing ever, so the answer is clearly no," said Patrick Murphy from the "End the Muni" committee. "How would you like to come up here? I've got a box of 1,000 pens. Come up here, get close to me."

Murphy also has no signatures and need 3,336 valid ones by June 5 for a ballot issue to force the city of Boulder to fund renewable energy initiatives.

"Next year, we will have a full-on electronic petition signing program," said Weaver. "What we were being asked to do by the petition carriers was to do something in two weeks that we think is going to take 18 months to do."

Weaver said that Boulder will have a program to collect petition signatures through a computer program in 2021. That would be similar to signing an electronic contract or lease.

"My thought was, there's always an opportunity to do it next year, where we'll have a full electronic signature system in place," said Weaver.

"It seems a little inconsistent for us to say, 'yeah, stop by retail stores, curbside pickup, stop by restaurants, curbside pickup, but it's impossible for people to sign a piece of paper that's sitting on a table with a petition circulator sitting a safe distance away," said Yates. "We're not inhibiting democracy, COVID has inhibited democracy.

"We can't say to people, 'go out there in the park and try to get signatures' when we know we have a stay-at-home order," said councilwoman Junie Joseph.

The city council does have the power to place an issue on the ballot, without requiring the committee to collect signatures.

"Typically, we don't shortcut the process like that," said Weaver. "It would normally go through our charter committee, it would get validated by our staff, we would have a look at how it would be implemented, and so it would have a process that would take, typically, four-to-six months."

Signature collection is used to get issues on ballot, including statewide issues. On Tuesday, Democratic U.S. Senate candidate Michelle Ferrigno Warren was placed on the June 30 primary ballot by a Denver District Court judge.

Warren failed to turn in enough valid signatures to qualify for the ballot, but the judge determined that she "substantially complied" with the election code.

On Wednesday, Secretary of State Jena Griswold told Next with Kyle Clark that her office is working on alternative methods for those trying to get issues qualified for the statewide ballot.

"We recognize the challenges posed by the coronavirus in collecting signatures. During the Stay at Home Order, we advise against petitioning. We are exploring several potential options with Governor Polis and his office to move forward. Any option must be both fair and constitutionally valid," said Griswold.

SUGGESTED VIDEO:  Full episodes of Next with Kyle Clark