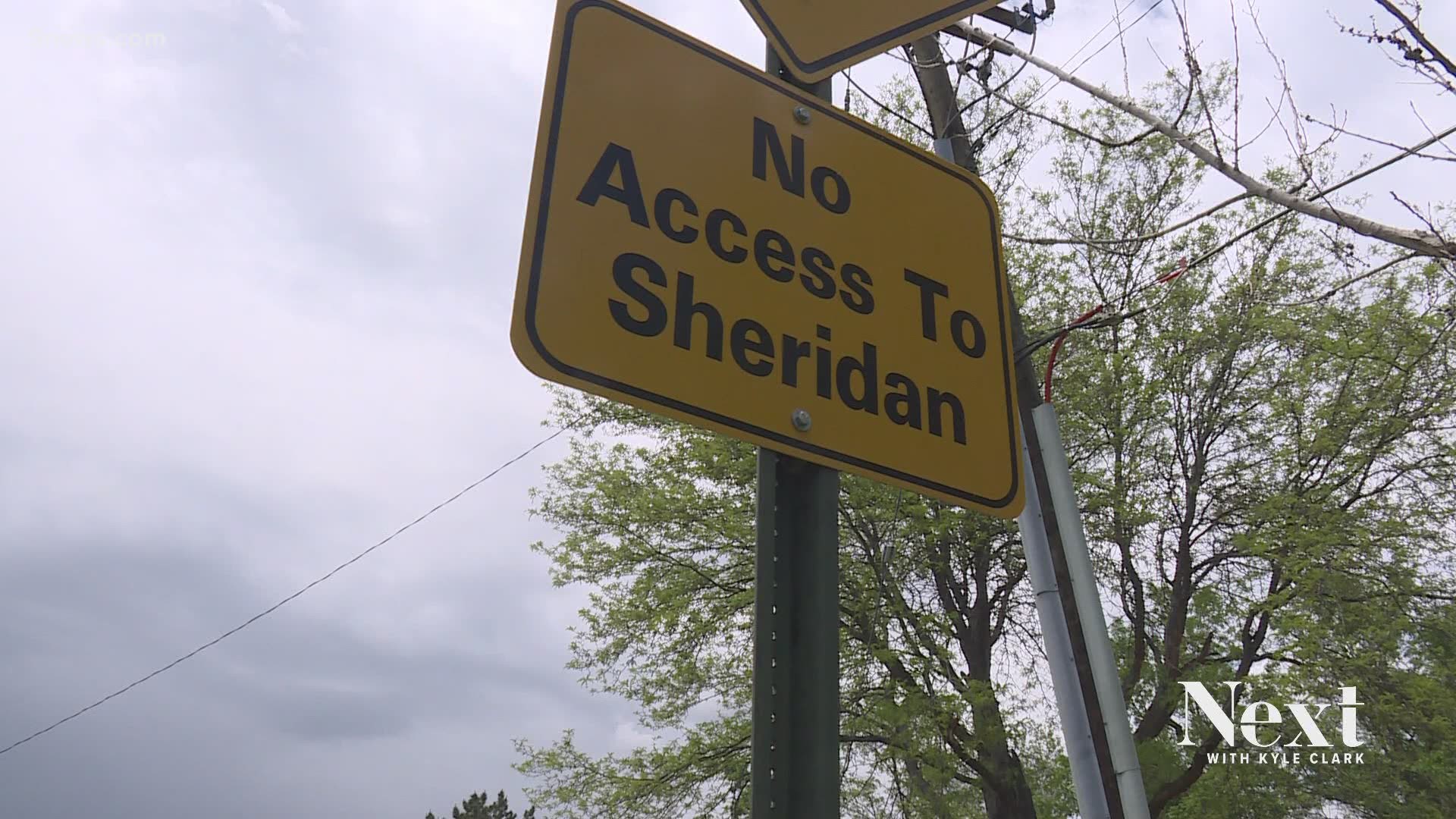 BOW MAR, Colo. — Street signs are supposed to be informative. They take some of the guess work out of driving.

When you see a speed limit sign, you do not have to guess the number, it is printed right there.

Continuous lane signs provide the peace of mind that you are not merging into someone else's lane.

Then there is the sign on West Berry Avenue, just west of Lowell Boulevard, that says something that you do not expect from a street sign.

"I see this sign that says it's 'Not a Through Street,' it doesn't go to Sheridan. And I'm like, 'wait a second? Sheridan comes to here,'" said Littleton resident Jared Ewy. "Is there some sort of Bow Mar space-time thing?"

The sign is in Littleton, just as West Berry Avenue enters Bow Mar, a town with a population of around 900.

"I'm sure these are all amazing people on the other side of that sign, but it's a lie. It's a total lie. You can get to Sheridan," said Ewy.

Keep driving straight past the sign, and without making any turns you end up intersecting Sheridan.

"They could probably get away with 'Not a Through Street' because maybe it wiggles enough that technically it's not a through street. But then they say there's 'No Access to Sheridan.' It goes right to Sheridan," said Ewy.

"Can a street sign lie?" asked Ewy. "I don't see any other reason other than to keep people from going through."

That sign is accurate. Belleview Avenue intersects with Bow Mar Drive, which connects to Sheridan, but not Wadsworth.

"I'm thinking, wait? Can a city just lie? If so, maybe every city gets at least one lie, you know, Denver can put 'full' at its city limits," said Ewy.

The sign is located in the city of Littleton, but a spokeswoman for the city said the sign was not put up Littleton and that you can tell because of the post.

Next with Kyle Clark spoke with Bow Mar's Mayor Pro Tem, who was going to contact the Public Works Director to get us information about the sign. On Tuesday afternoon, a representative from the Bow Mar Clerk's Office said the Town Clerk would return our call. That has not yet happened.

The Littleton Public Works Director was out of the office on Tuesday and could not answer if the sign will come down since it is on Littleton city property.

A question still unanswered from Bow Mar or Littleton: was the sign ever accurate?

"You know, I could run over that. It would probably be illegal to run over any old street sign that's state or city property. But I thought since it's a lie, can you run over a lie and be legally immune?" said Ewy. "I think I kind of want it to stay there. I just want people to know it's a lie. I think it's kind of cool now. It is a navigational landmark that, now, is probably going to attract more traffic than spurn." 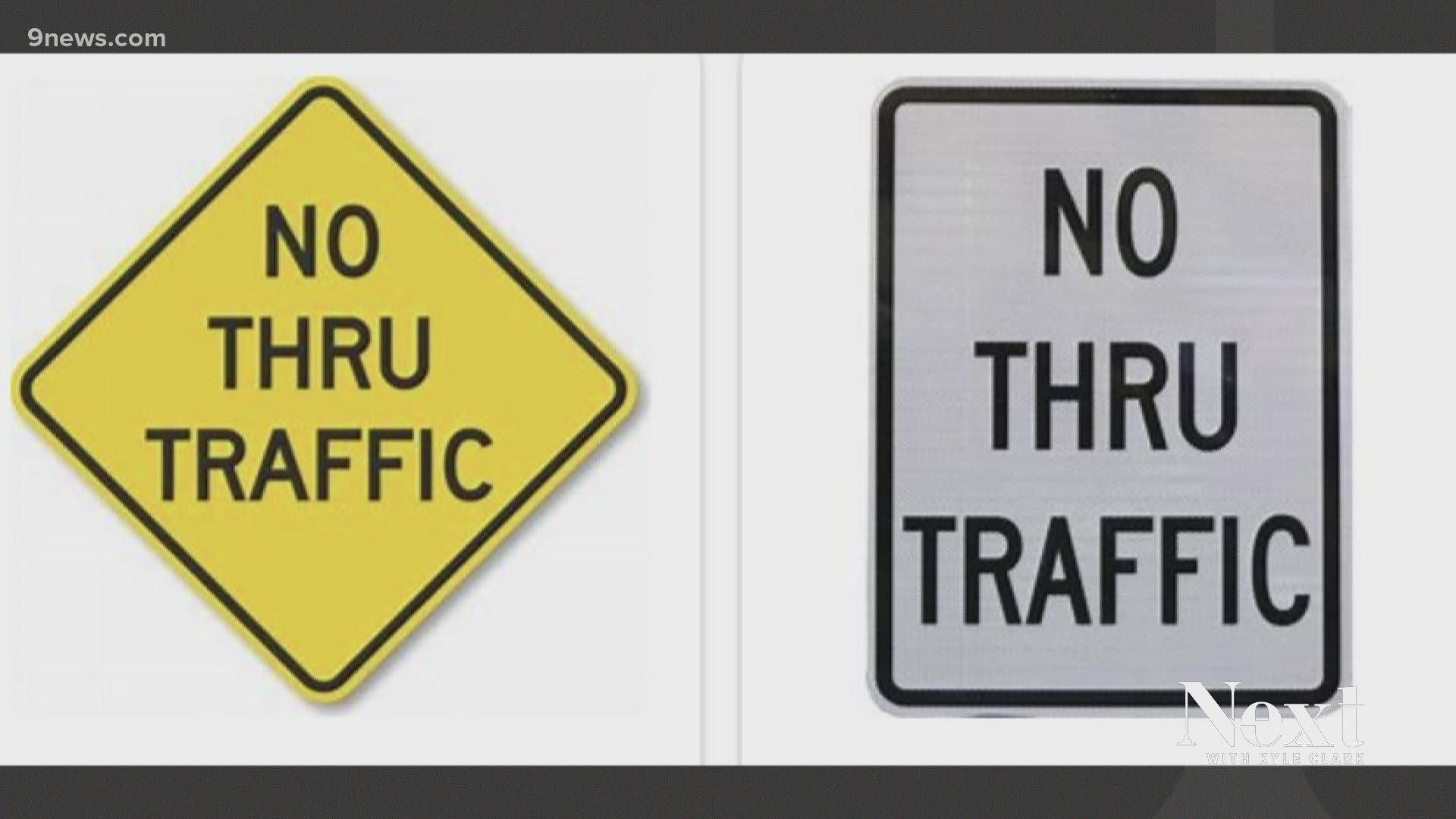 RELATED: Why 'Stapleton' popped up on two Denver road signs