One of the goals of the project is to reduce erosion in the region and to help create what's called the 'Great Green Wall of China.'" 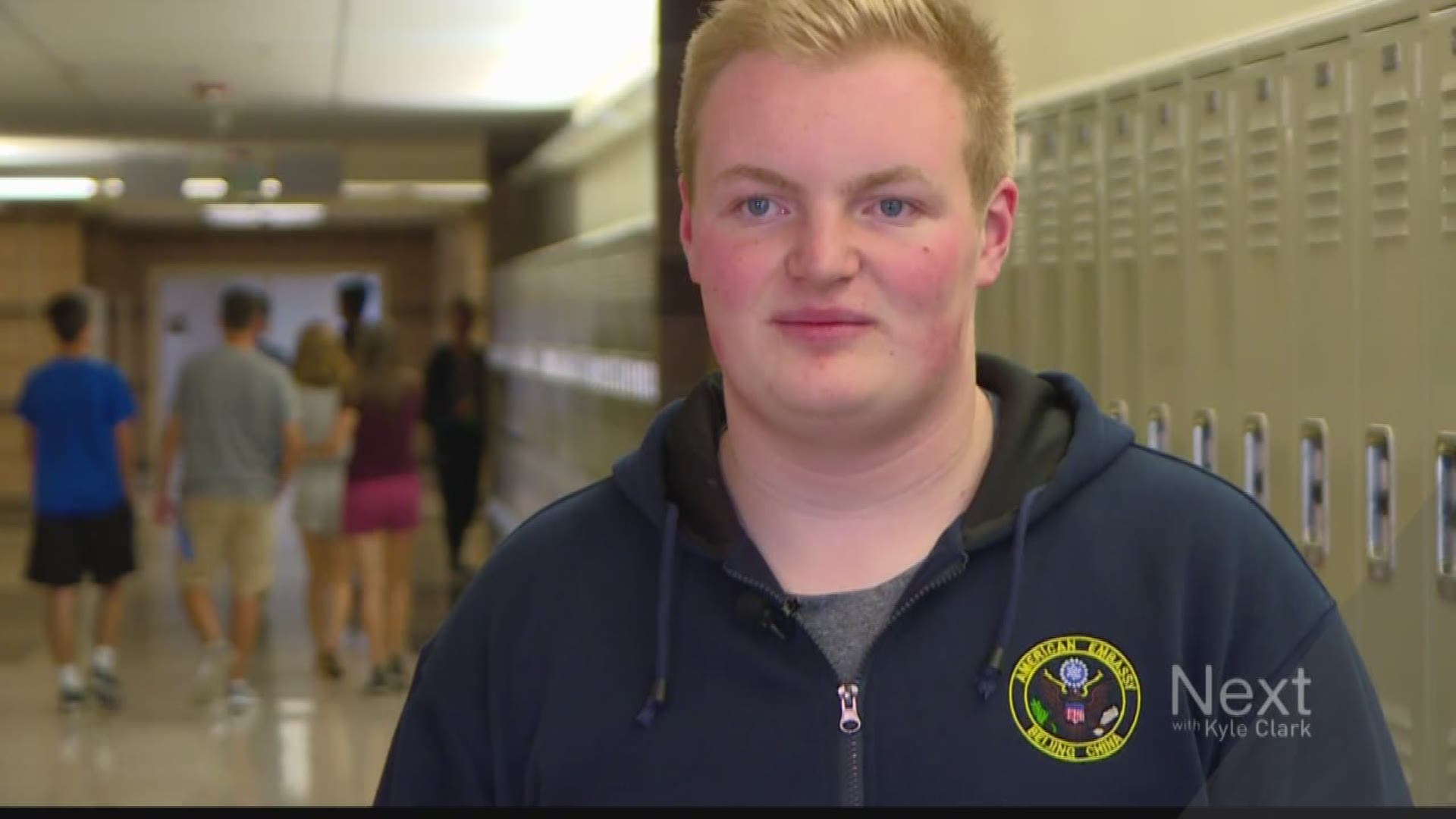 KUSA – There’s always the guy who crams before the final exam. Camden Dempsey, though, is whatever the opposite of that guy is.

Dempsey, a freshman at Lakewood High School, prepared for his upcoming geometry final as he did for the trip that might require a geography lesson.

“Inner Mongolia – it’s not actually Mongolia,” Dempsey said. “You know how China looks like a rooster or a chicken? It’s kind of along the back of that chicken.”

In late March, Dempsey, 14, traveled to Hohhot, Inner Mongolia, China to complete a project he first dreamed up about two years ago.

“My family – we’ve always been interested in China,” Dempsey said. “We’ve just been intrigued by the culture, the history, the language.”

Dempsey is a Boy Scout. He chose an ambitious Eagle Scout project to complete on the other side of the world.

“I chose the Inner Mongolia project because it fit with the ecological and kind of cultural diplomacy that I was looking to instill in my project,” Dempsey explained.

Dempsey spent months pitching his project to various Kiwanis, Rotary and Optimist clubs across the Denver area. He found sponsors in the Boy Scouts of America, the Nature Conservancy and the private equity firm, Warburg Pincus.

Dempsey said he raised about $23,000 ahead of the trip and made sure family, friends and fellow Boy Scouts could volunteer with him.

“We got everybody visas and then we all went out there and planted trees for three days,” Dempsey said.

Dempsey and the American volunteers joined Chinese students in Hohhot to plant more than 100 trees.

One of the goals of the project is to reduce erosion in the region and to help create what’s called the "Great Green Wall of China.”

“Trying to plant a whole bunch of trees to prevent sandstorms from the north, wind from Siberia, blowing down and causing all the sand to accumulate in Beijing,” Dempsey said. “And then it’s also to let trees do what trees do best, which is reduce the air pollution.”

Dempsey hopes his project might be considered for the Eagle Scout Service Project of the year. He also wants to return to Inner Mongolia.

“I would love to another project like this,” Dempsey said.

His last project took him a year and a half to prepare. That geometry final will be no big deal for a Boy Scout.