Right now, I-25 is pinched between a river and a railroad but with Burnham Yard, the highway could expand, the railroad could move and there's room for development. 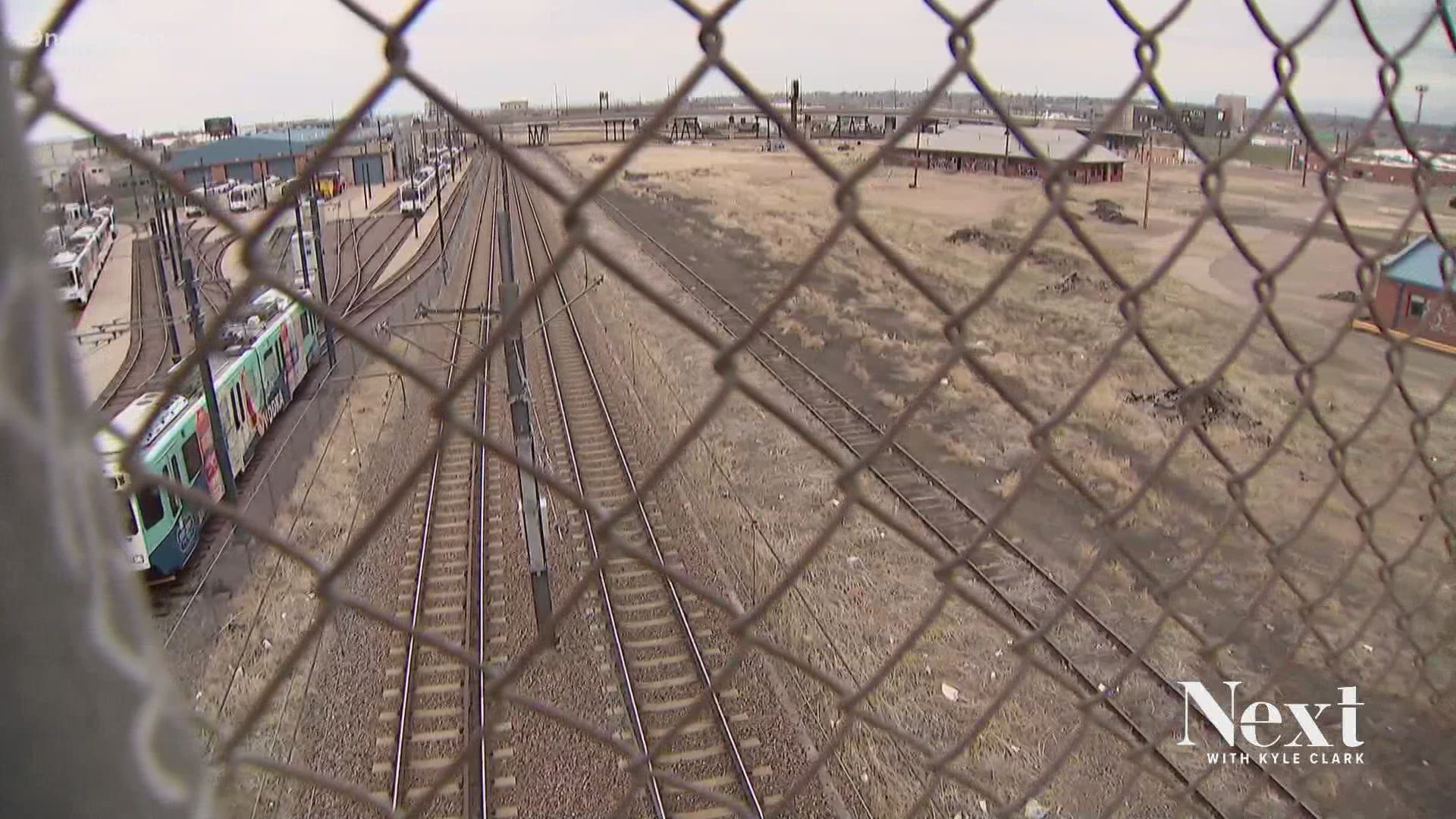 DENVER — Interstate 25 in central Denver is between a rock and a hard place -- the "rock" being the South Platte River and the "hard place" being a railroad.

Drivers can count on traffic between Santa Fe Drive and Colfax Avenue, and the solutions are limited for the Colorado Department of Transportation (CDOT).

"Between the river and the railroad you're really constrained on what you can do with I-25," said CDOT's High Performance Transportation Enterprise (HPTE) Director Nick Farber.

Drivers know HPTE more for the tolls added to U.S. 36, I-25 and C-470. HPTE was created through FASTER, the vehicle registration fees signed into law in 2009. FASTER stands for "Funding Advancement for Surface Transportation and Economic Recovery Act."

"Surface transportation' infrastructure is defined as anything but airports. We can work on highway, rail, transit," said Farber.

And for the last two years, HPTE has eyed Burnham Yard for highway, rail and transit. Burnham Yard is an old rail yard east of I-25, from around Third Avenue to 13th Avenue.

The purchase was delayed because of COVID which, actually, allowed CDOT to try to apply for a federal grant. It did not get that grant money, but it has found another way to fund the $50 million price tag.

RELATED: The 5 options CDOT's considering to fix a crowded portion of I-25

The state's economic development office will fund $7.5 million of the $50 million. CDOT is covering another $7.5 million. The rest will be borrowed by HPTE.

It is an odd marriage.

"When you invest in infrastructure, it attracts employers and workers and facilitates economic growth," said Kraft.

Of the 61 acres, CDOT expects it will need about a quarter of that. The goal would be to move the railroad that borders I-25 on the east, so that I-25 could be expanded away from the Platte River. The purchase of Burnham Yard would, more importantly, give CDOT the area needed for a Front Range Passenger Railroad, and it would help the Regional Transportation District (RTD) to expand light rail on multiple tracks.

"It's one of the many reasons why we're doing this. It's not just to alleviate traffic on I-25, it's to create a whole host of options for commuters, along the Front Range, Colorado Springs, Fort Collins," said Farber.

RTD could benefit from the Burnham Yard plan because it could add light rail lines to run additional trains. Yet, RTD is not footing any of the upfront money.

"We definitely want to help RTD out in this situation. It's their big operational bottleneck for light rail," said Farber. "That's a conversation we're going to have to have with RTD in the future about how they contribute to the project, and perhaps, how we get compensated for that in a future time."

While the state's economic development office is providing 25% of the funds, it is likely to have a hand in 75% of the property.

"That gives us another 40-plus acres to do other things to enhance our economic development and competitiveness," said Kraft. "Really, the majority of the land will be used for non-transportation purposes."

"Longer term, if some of the state money stays in the deal, this is going to be incredibly valuable land that will be sold off to private developers," said Kraft "So, that's another potential source of paying back the funds to state taxpayers."

He mentioned rail yard redevelopment projects in Milan, Italy, New York, Chicago, Sacramento, and Santa Fe as examples of revitalizing areas that had not been providing any public use.

RELATED: Why 'Stapleton' popped up on two Denver road signs

RELATED: Colorado is planning a beefed-up transit service aimed at I-70 skiers and hikers