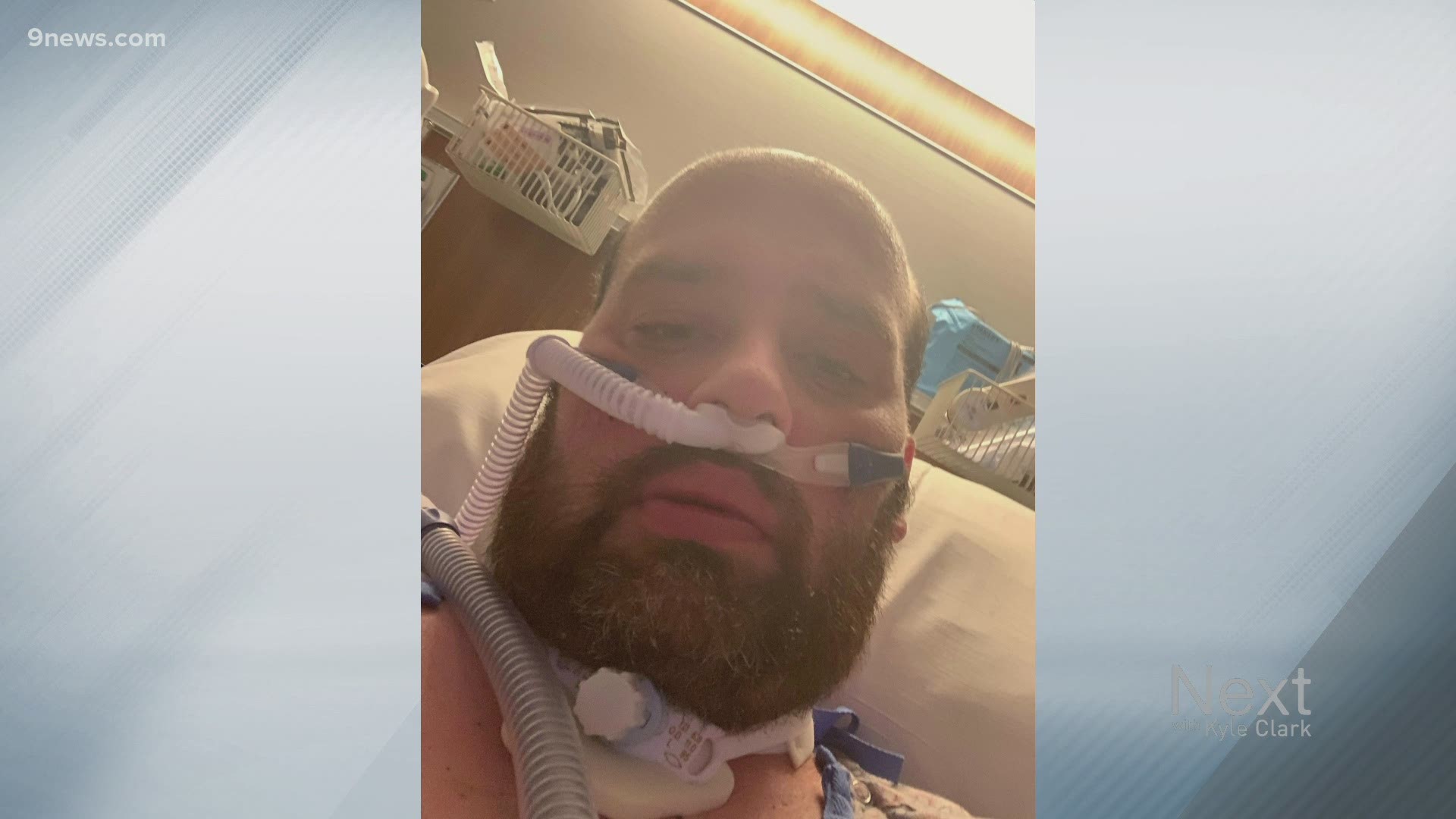 DENVER — In August, when Jason Phillips came to Colorado to fight the Cameron Peak Fire, he didn’t expect to be here nearly four months later fighting the lingering effects of COVID-19.

Phillips, who lives in Washington state, arrived in Fort Collins on Aug. 10 after months of already fighting wildfires in different parts of the country. At that time, what would become the state’s largest-ever wildfire covered about 15,000 acres.

“We held our end of the bargain up, promised the operations sections chief that I wouldn’t go to Walmart, wouldn’t go out to eat – don’t do anything that would compromise the crew,” he said.

On Aug. 25, Phillips, a contract firefighter with the U.S. Forest Service, noticed he didn’t feel quite right at the tail-end of his overnight shift.

“By that afternoon, my life was turned upside down. I couldn’t breathe. I couldn’t keep [anything] down. My whole entire body was shaking so bad, I couldn’t hold a pencil to write my own name,” Phillips said.

He went to the emergency room in Poudre Valley, where he tested negative for the coronavirus. He left, and then went back to the hospital again because of persistent symptoms. When a second test confirmed his condition, doctors admitted Phillips to the intensive care unit (ICU) for treatment.

“The morning of the 26th was when I got told, ‘we’d put you on a ventilator, and you have a 50-50 chance of surviving.’ And I told him – well, what if I don’t have the ventilator whatsoever? He said you’ll be dead by the morning,” Phillips recalled.

He remained on the ventilator for more than five weeks and in the ICU until he could test negative for COVID-19 twice in a row. After 39 days in a coma, he cannot walk. From his hospital bed in Johnstown, he spoke to us for this story with the help of supplemental oxygen because his breathing is still labored.

During his 25 years as a firefighter, Phillips suffered his fair share of injuries including smoke inhalation and a broken back. His doctors told him it could be a full year before he is recovered from COVID.

Still, Phillips does not regret his decision to come to Colorado and said he would do it all over again if it meant he could save the homes he protected.

“I’m a pretty religious person when it comes to a lot of things. I believe he’s the creator of everything, so I believe if you’re going to die, you might as well be right with the one person you need to be right with,” he said. “It rearranges who you are as a person. You take what you had in the past, what you have now, and a lot of that stuff just doesn’t matter.”

Phillips plans to fight fires again in 2021, but recovery will require months of treatment. If you’d like to donate to the GoFundMe started for Phillips, you can click here.

RELATED: After the fire: Community Foundation wants to raise $1 million for watershed recovery