Campaign aims to reduce stigma of opioid and heroin addiction

And one woman's story shows the difference compassion and understanding can make. 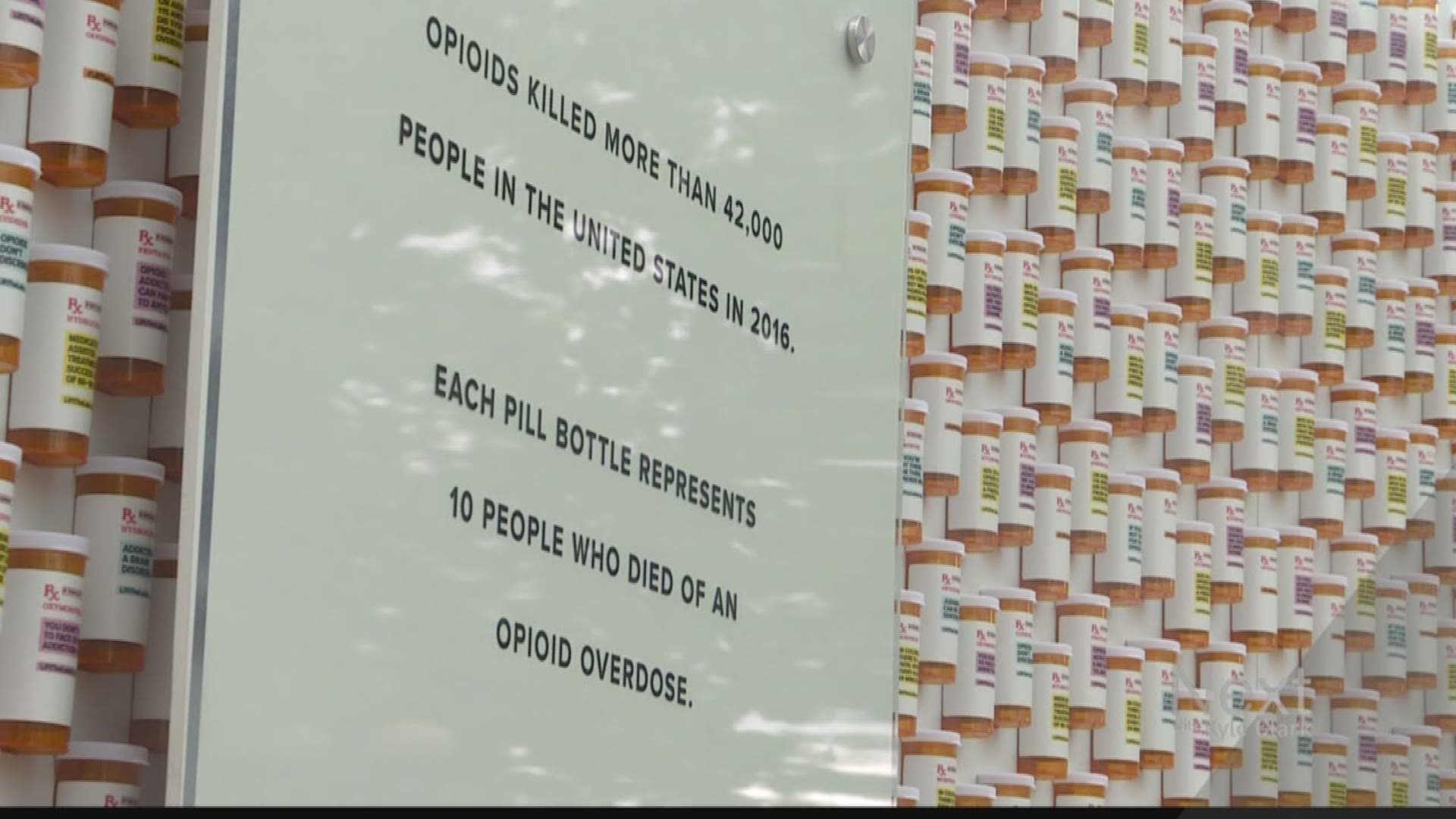 KUSA - Blair Hubbard was 19 when she tried heroin for the first time, a progression from a year-long addiction to opioids.

It was a five-day spiral that led to the amputation of her left-hand index finger.

“I had never used a needle before,” Hubbard said. “I hit an artery and the doctors had to amputate it.”

“I think in his own twisted way, [the doctor] was trying to scare me into stopping,” Hubbard said.

It had the opposite effect. After leaving the hospital, Hubbard said she started using drugs even more heavily. She remained addicted to heroin for several more years before finally getting clean in 2011.

Hubbard, now a Colorado resident and counselor at The Center for Dependency, Addiction and Rehabilitation (CeDAR), said the way the medical staff treated her when she first started using heroin is exactly the kind of stigma she is hoping changes when addicts receive treatment today.

Hubbard joined about 150 people Monday at Civic Center Park for the kick-off of the Colorado Department of Human Services’ (CDHS) “Lift the Label” campaign.

The campaign is a statewide initiative to encourage compassion and support for people with addiction and their families and to remove the stigma associated with opioid and heroin addiction.

“There is no shame in raising your hand to ask for help,” said Kim Bimestefer, executive director of the Colorado Department of Health Care Policy and Financing (HCPF). “Our healthcare providers … are here for you, not just to help you survive, but to help you thrive through this difficult chapter of transition in your own life.”

“Almost everything that happens to us in life is a combination of our genetics and our environment, and just because someone has an addictive personality … doesn’t make them any stronger or weaker.

Hubbard said for her, compassion made all the difference.

In 2011, Hubbard had spent her entire adult life as a heroin and opioid addict. She was homeless or living out of motels, just making it “hour-by-hour,” a reality she said most addicts face.

She also started using cocaine and, in July 2011, she overdosed. The doctors performed open-heart surgery to save her, she said.

“It was the first time I received compassion,” Hubbard said of the medical staff at Lutheran Medical Center in Wheat Ridge. “They set me up with Medicaid and housing. That’s where I began my path to recovery.”

Hubbard said she hasn’t used heroin or opioids since, and that she hopes others will follow Lutheran Medical Center’s lead.

“Some people say if [the first hospital staff] had helped me, would I still have ended up this way? I don’t know, but I think even asking that is enough to explore it,” Hubbard said.

There were 357 opioid-related deaths in Colorado in 2017, totaling 37 percent of all drug poisoning deaths in the state, according to CDHS.

The “Lift the Label” campaign will leverage TV, digital video, social media and other platforms in an effort to lift the stigma associated with opioid addiction. It will run through April 2019.

A memorial wall made of 4,200 prescription pill bottles commemorating the 42,000 Americans who died from heroin and prescription opioid overdose in 2016 will travel to different parks around the state.

The CDHS encourages passersby to write notes to loved ones who have struggled with or lost their lives to addiction on the back of the wall.

Learn more about the "Lift the Label" cause here.