City Councilor Candi CdeBaca said Mayor Hancock is asking for millions for Denver's camping ban, but the contract for city clean-ups has been in place since 2018. 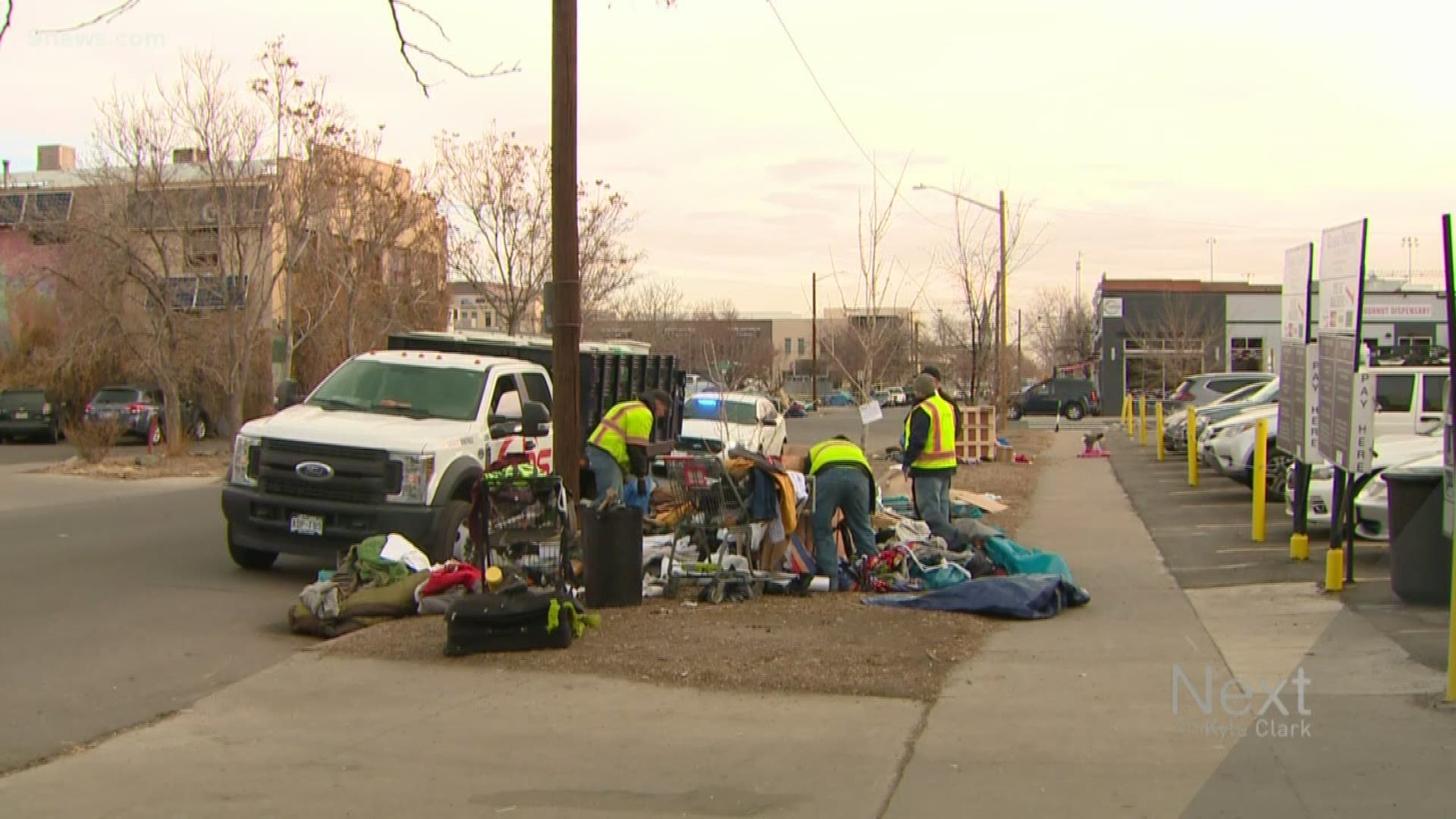 City council’s Housing, Education and Homelessness Committee met on Wednesday morning, when an amendment to a city contract with Environmental Hazmat Services, Inc. (EHS) showed up on the agenda.

The contract, signed in October 2018, allots up to $6 million for EHS to provide clean-up services in Denver. This can include picking up and properly disposing of human and animal waste, food, trash, syringes, medications and anything else that could be found on city property. The contract also calls for short-term storage and inventory of personal property.

A new amendment would not increase the value of that contract but make changes to terms regarding late-night services, or clean-ups that would happen at otherwise unexpected times, according to the Denver Department of Public Health & Environment (DDPHE).

DDPHE told Next with Kyle Clark that under the amendment, now scheduled to be discussed in committee on Feb. 12, contractors would get an extra $100 for responding to non-routine calls from either the Denver Police Department (DPD) or another city agency. The money would come out of the $6 million already allocated to clean-ups.

McDonald said the EHS contract includes cleaning up after people experiencing homelessness but also applies to other necessary clean-ups of any public right-of-way in Denver.

“It’s a fair request for the contractor,” he said. “We are amending the contract solely to respond to a request by the contractor to increase the rate that we pay for off-hours response.”

Speaking to Next on Friday, CdeBaca said the details of the amendment and contract were not included in the public documents attached to the agenda item.

“City council members don’t have access to the contracts we’re voting on unless you’re asking and digging for them,” CdeBaca told Next on Friday. “That’s was what was up in committee, and there was one attachment to the proposal, and it was a request. And the request was for an expansion of the scope, and no details about how that $6 million was used.”

The original contract does not appear to be included on the city council webpage with the amendment request. However, the online amendment proposal specifies that the $6 million contract already exists, and the amount would not increase.

Next reached out to the city, which provided us a copy of the contract.

“Next up in [Safety] today, the mayor is asking for $6 million to ENFORCE THE CAMPING BAN that was deemed unconstitutional. When they tell you we are not enforcing, they do it under the auspices of "clean-ups" instead of investing every spare $ into housing,” CdeBaca’s tweet said Wednesday.

CdeBaca told Next she stands by the tweet because of the unseen documents, and that to look at that tweet alone takes it out of context. She also said she sent out a thread of tweets about the legislation.

“Twitter is a funny tool that’s hard for many to use,” CdeBaca said. “That was our safety committee’s day explained in individual tweets, so to pull one piece of it and say it’s inaccurate was pulling it out of context.”

Though, it does not appear CdeBaca tweeted anything else that day that would clarify this contract already exists.

Her other tweets regarding the agenda item said:

"Calling it off consent so DDPHE has to come and present!"

(The committee also debated the legalization of pit bulls Wednesday.)

"This is enough money to boost the 2020 housing budget for homelessness by 22%, and we're supposed to dump it into enforcing a law ruled 'cruel and unusual' in multiple states? Hell no! #copolitics #HousingForAll."

Denver police briefly stopped enforcing the camping ban after a judge found it to be unconstitutional late last year. The city said this week that DPD has again started enforcements.

CdeBaca wants to see the camping ban fully repealed and has plans to eventually introduce that proposal.

"The effort to repeal it is really not an effort. It’s already been determined to be unconstitutional by the courts. It’s a matter of timing at this point," she said. "We have to dig deeper if we really want to solve this problem, and digging our heels in saying that the camping ban is working is irresponsible."

The current contract with EHS is scheduled to expire In October 2021. As of January 2020, $5.38 million of that contract has gone unspent.