CDOT moved a river to make way for a highway. Now, they've moved it back

Two floods wiped out US 36 in Larimer County. CDOT hopes moving a river will stop that from happening again. 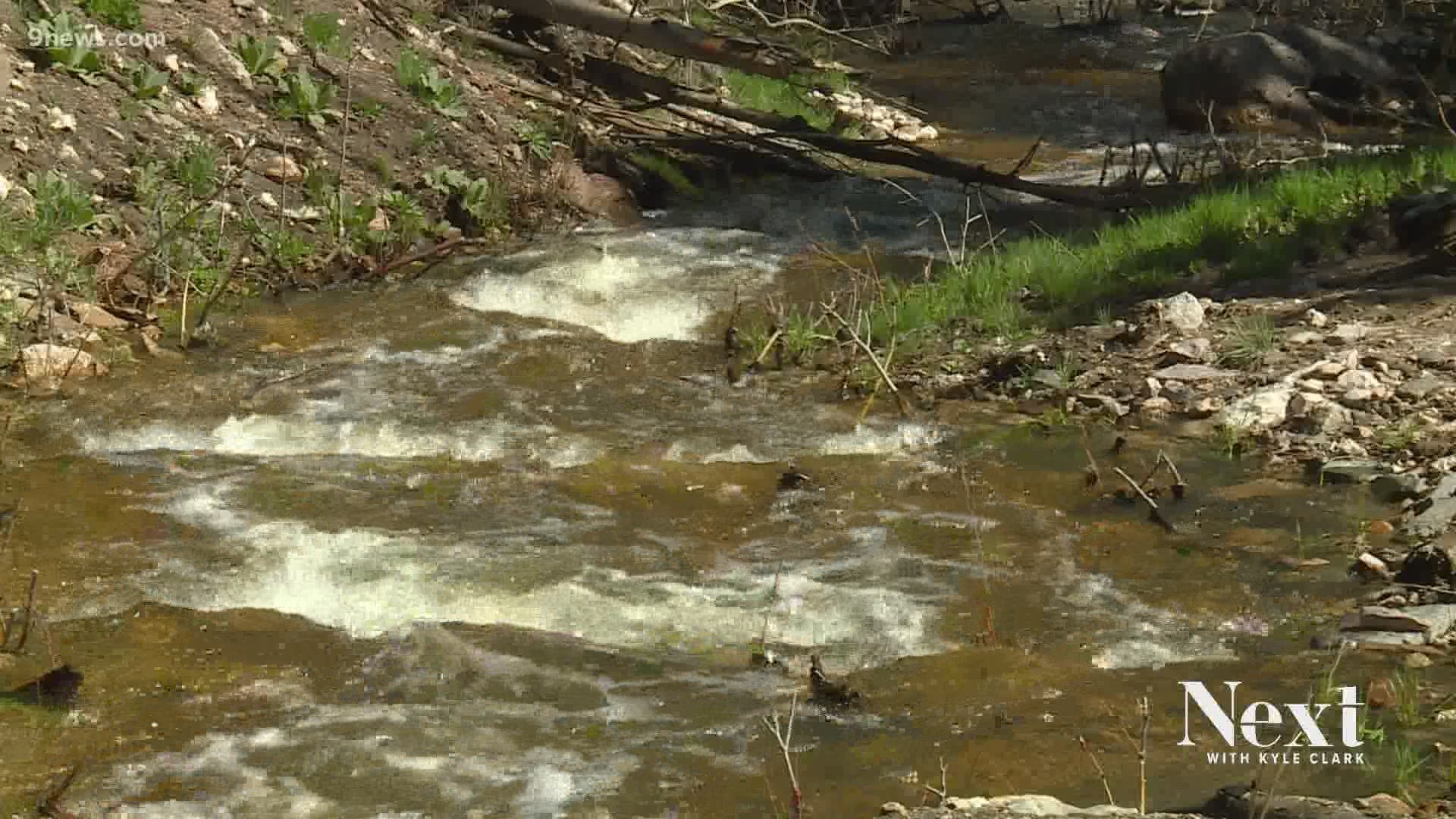 LARIMER COUNTY, Colo. — The state highway department had to figure out how to move the Little Thompson River out of the way when US 36 was built between Pinewood Springs and Estes Park in 1937.

“And the thing about a river is that it’s a dynamic changing system," CDOT Engineer Brian Varrella said. "Whereas, a roadway is a fixed feature made by humans.”

He said the road and the river worked in harmony for the most part, but the Little Thompson yearned to get back to its original channel.

RELATED: US 36, Lyons to Estes Park near completion

“And now that we have that understanding, we can make better decisions, change the design and modify it, to make sure that it stays here and that it lasts a long time,” Varrella said.

The trouble spot on the highway is at a bend near Lion Gulch trailhead. The blue line on the diagram below shows the Little Thompson's historic channel, the red line is where they moved the river in 1937.

Varrella said that the idea to move the river back in the 1930s probably made sense with the technology and engineering practices of the time.

"We've learned so much in engineering especially from an environmental standpoint," Varrella said. "We just have better tools to quantify how nature and infrastructure interact.

"Now we're using those tools and knowledge along with the hindsight of history to make different decisions today that better serve the travelling public."

The solution to restore the historic path of the Little Thompson was to build a culvert under one part of the highway and a tunnel in another section.

CDOT and their contractor Flatiron Construction finished the project in May, and now the snowmelt that feeds the Little Thompson is running through its natural channel for the first time in 84 years.

Varrella said that the chances are high that the small river will one day swell with flood waters again, putting the new balance between man and nature to the test.

“I believe if the 2013 flood came through today, the roadway would still be passable," he said. "This channel will still be functional, and we would have a completely different outcome.”

The move not only restores the natural flow of the Little Thompson River, but it also restores the balance of wildlife that call that area home.

Varrella said that fish will now be able to swim freely up and down the river. For the past 84 years, there was a large waterfall that blocked the fish movement. The new tunnel bypasses that feature.

He also said that waterfall was the main reason for the highway getting wiped out in the two historic floods.

The culvert and the tunnel also have room for large mammals like deer, elk, sheep, and moose to cross US 36. This helps remove them from the hazards of traffic.

Varrella said the project cost was $12 million, which was based on federal emergency repair money from the 2013 disaster relief package.

"But the cost of repairing all the damage from the 2013 flood still exceeded our ability to pay for it," Varella said. "So we had to get very creative and form partnerships.

"This could not have happened this way without them.

He said the U.S. Forest Service, U.S. Geological Survey, the Colorado Water Conservation Board and the Colorado Department of Public Health and Environment also saw the benefit of restoring the balance of nature to this area, and invested in the US 36 restoration project.