A school board candidate and anti-mask activist has won the right to go without a mask at Cherry Creek School District's candidate event on Thursday night. 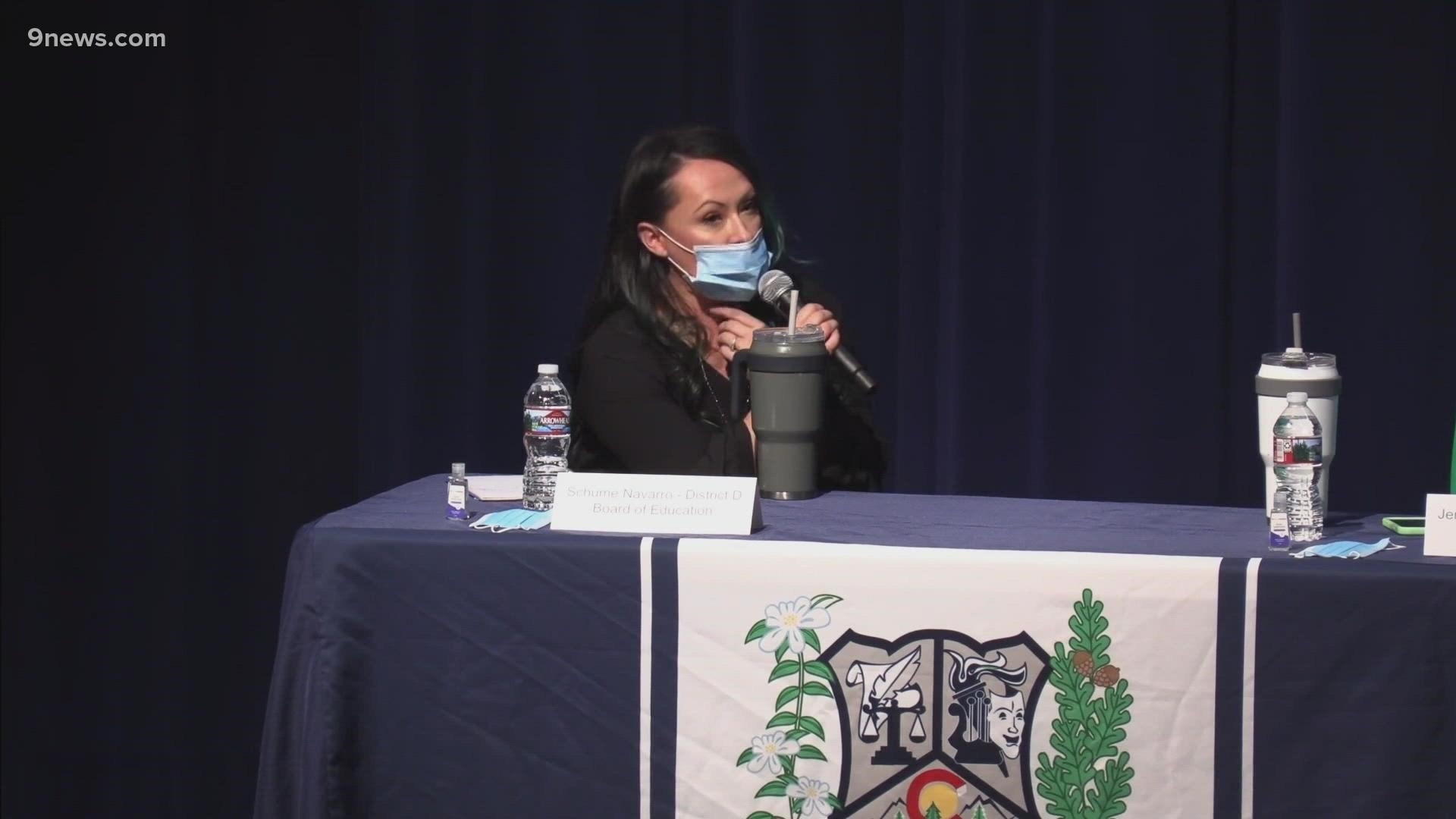 DENVER — A school board candidate and anti-mask activist has won the right to go without a mask at Cherry Creek School District's (CCSD) candidate event on Thursday night.

Earlier in the day, a judge granted an injunction to Schumé Navarro in her lawsuit against the district. Her lawsuit cited a disability as the reason she could not wear a mask, as is required in the candidate forums.

CCSD in its response pointed to social media posts by Navarro saying she was willing to wear a mask to exercise in preparation for the coming "civil war."

The judge ruled that a single unvaccinated and unmasked candidate at an event is not enough of a threat to keep her off the stage of candidates. The ruling also stated that Navarro must maintain six feet of distance between herself and other candidates and members of the public.

"No doubt the District and the public have a strong interest in minimizing the spread of COVID-19. But the potential transmission risk from one unmasked attendee seated on a stage with substantial social distancing from members of the public, students, and other candidates seems small. At this stage of the pandemic, many businesses are now permitting customers to patronize indoor settings without a mask."

Navarro has risen to prominence in Colorado's Republican Party leading the fight against mask mandates and after promoting QAnon conspiracy theories.

RELATED: Schumé Navarro has 'substantially undermined' her own arguments, CCSD says in response to the lawsuit