Sand Creek Massacre was falsely labeled a battle on the monument, but Chief White Antelope's great-great-grandson still wanted it to stay. 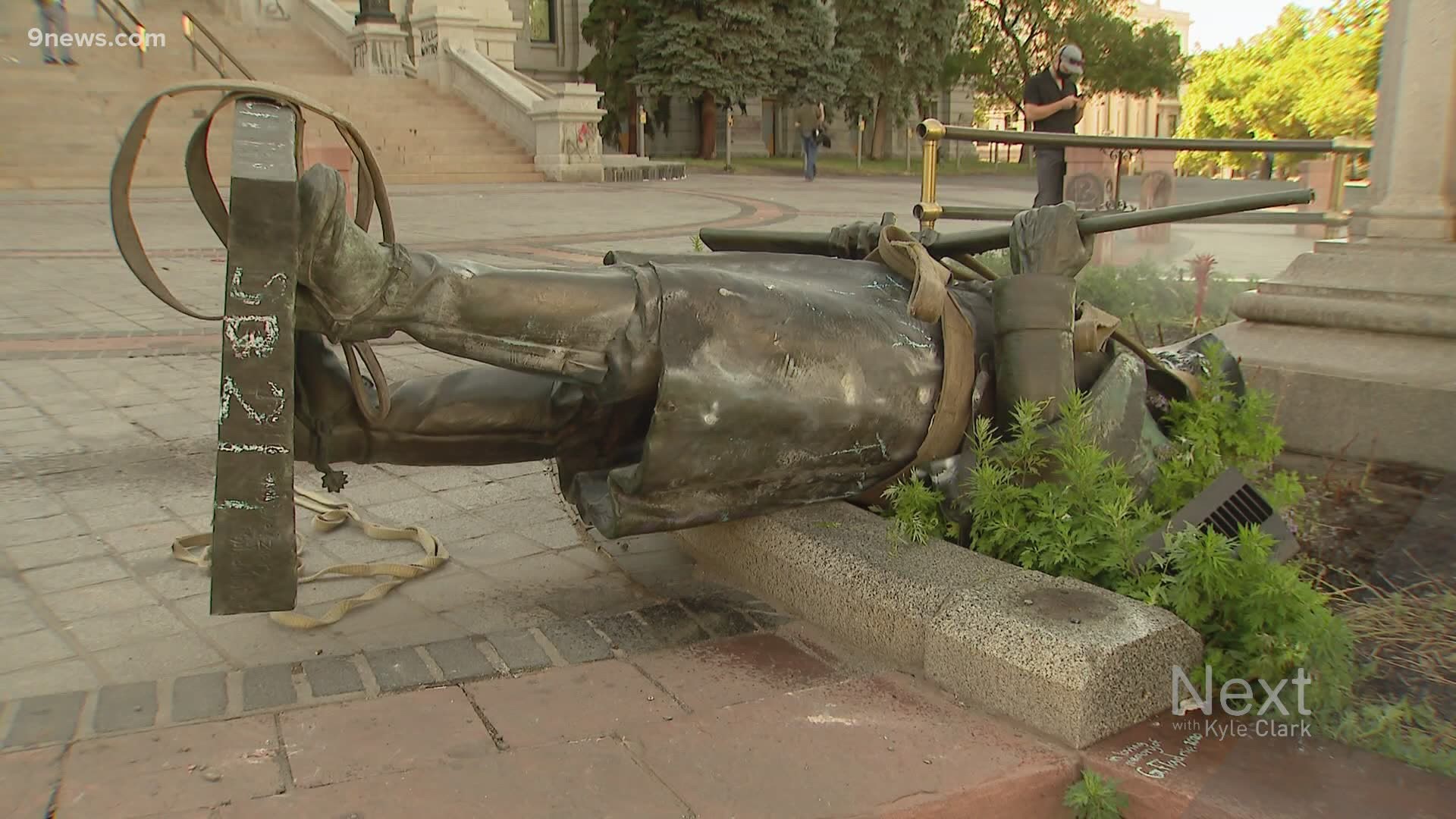 DENVER — Carson Antelope is a 62-year-old Native American history major at Metropolitan State University of Denver (MSU Denver). He’s a first-generation college student and the great-great-grandson of Chief White Antelope who lost his life at the infamous Sand Creek Massacre in southeastern Colorado.

"I never knew I was related to him at first and as a young boy,” said Antelope. “Then I started reading books and then I said, ‘Oh yeah, that’s my great-great-grandfather’.”

RELATED: Walking from the site of the Sand Creek Massacre to the Colorado Capitol

Antelope said his great-great-grandfather was the 'Peace Chief' for the Cheyenne tribe at Sand Creek.  On Nov. 29, 1864, about 200 Arapaho and Cheyenne were massacred by Colorado Volunteers of the U.S. Army at Sand Creek after being promised peace from the second Territorial Governor of Colorado John Evans. Chief White Antelope was among those killed.

“Sand Creek Nov 29, 1864 was one of the most horrific massacres in American History,” said MSU Denver History professor Dr. Matthew Makley. “When John Chivington and the Colorado Volunteer 3rd killed over 150-200 men women and children … they were killing people who surrendered and given themselves up.”

“They didn’t want to have Indians around Denver,” Antelope said. “This is Cheyenne and Arapaho land right here through the Treaty of 1851.”

It was land Carson Antelope would later defend serving 20 years in the U.S. Army including four years of active duty in Desert Storm.

"I was there four years active and then I was there 16 [years] in the Army Reserve," he said.

So when he heard the news of the Civil War statue being vandalized at the Capitol, he had mixed feelings. Underneath the statue, there’s a plaque dedicated to the Sand Creek massacre.

“It truly demonstrates the complexity of history,” Makley with MSU Denver said. “Here you have a monument [of] two soldiers who were fighting to end slavery…you have a plaque beneath it acknowledging that Sand Creek was a massacre and not a battle and it becomes the center of this ire and frustration.”

Antelope said he just wants people to know part of who he is and the role his family played in the history of our state.

“It is an Indian pride and it’s a pride in my family and pride in my heart about my great-great-grandfather,” said Antelope.

“Chief Antelope’s blood is still here in Colorado…the homeland of the Cheyenne and Arapaho people and that’s a tremendous lesson not only for students at the university but a community as a whole.”