Part of the issue requires taking a look at buildings and how our neighborhoods were built. 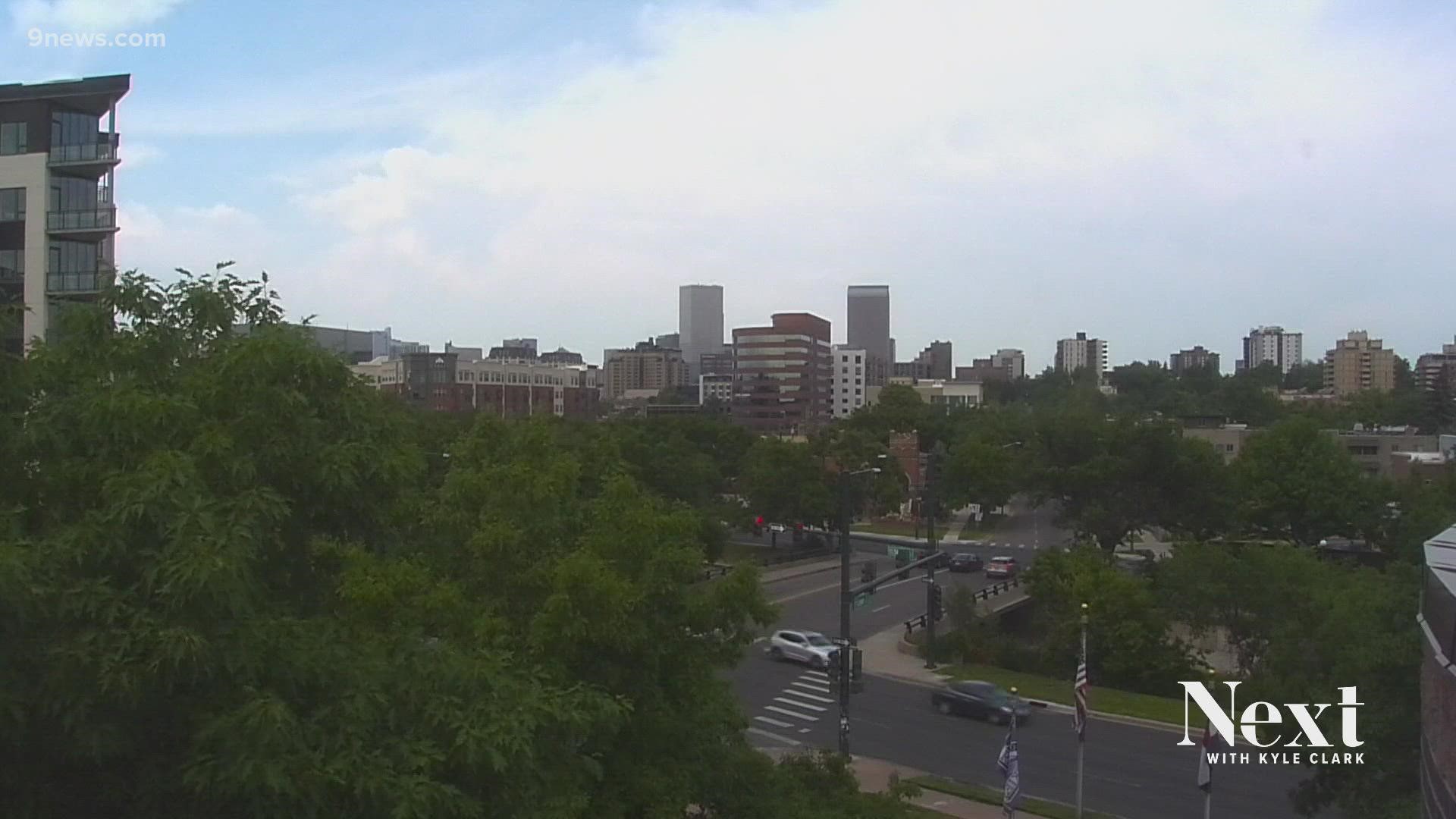 DENVER — Not everyone will experience climate change the same. To understand that requires taking a look at buildings and how our neighborhoods were built.

Cindy Chang with Groundwork Denver, a local non-profit working on sustainability and community environment projects, said their group has studied that very concept. They looked at land-surface temperature data, mapping that out with other information including tree canopy cover, impervious surfaces (meaning they reflect more light) and the percentage of households in poverty.

Groundwork Denver found that neighborhoods with the most poverty also had the highest temperatures because of fewer trees, more concrete and less green space. These factors, Chang said, mean temperatures can vary between neighborhoods. On an average summer day, communities like Globeville and Elyria-Swansea can be 7 degrees warmer compared to Cherry Creek.

"When you live in a neighborhood that's hotter, but don't have air conditioning or access to the mountains or cooler natural areas, it's unbearable. It affects the health of elders and children living in these neighborhoods," Chang wrote in an email to 9NEWS.

What is being done?

Groundwork Denver puts some of its effort into addressing the disparity.

"[Groundwork Denver] works directly with residents of the most impacted communities to support their solutions to hotter temperatures. The residents have been planting trees, advocating for more street trees and green space from the city, more bus stop shelters, and overall more resources to combat climate change. With our help, four residents of [Globeville and Elyria-Swansea] are on the city's Sustainability Advisory Council and advocating for their community to build resilience against climate change," Chang said.

The city of Denver is familiar with the kind of information Chang shared.

"Historic redlining maps of Denver that trend closely with what we call the inverted 'L' with our lower income communities," said Grace Rink, the executive director for Denver's Office of Climate Action, Sustainability, and Resiliency. "It corresponds with a lower amount of green space and tree canopy in those neighborhoods, as well."

Rink also mirrored what Chang said, that she would like to see more green space and tree canopy in neighborhoods across Denver.

She also said the city is working on a project to help people replace heating and cooling systems with more energy efficient systems over the next two decades. Knowing this may not be cost effective for everyone, Rink said voters passed a ballot initiative in 2020 that will set aside a pool of tax payer dollars to help pay for some of these changes.

What about building emissions?

"Emissions from buildings, on average, account for 40 percent of emissions we see on a regular basis," said Brenna Simmons-St. Onge, the executive director for Alliance Center.

She said this encompasses energy, water use, solid waste and includes office buildings, condos, and homes.

What did it take to change a century-old building?

The Alliance Center, another non-profit focused on sustainability, is in a 113-year-old building next to Union Station in downtown Denver. This group worked on turning it into one of the leading environmentally-friendly buildings in lower downtown. That means low-flow water products, prioritizing recycling and discouraging driving to work with parking lot pricing.

Over the last several years, they've worked on varying project sizes. Chris Bowers, with the Climate Alliance, said some of the projects are smaller like LED lights and picking paints that are more environmentally friendly.

Other projects were bigger, like installing solar panels on the roof.

He said one of the benefits is a source of energy on site. Bowers said there can be anywhere from 20 to 40 percent energy loss during transportation to a building.

Another pilot project reverses thinking about electric cars. Right now they have one electric car share that when it's idle and not being used, the Alliance Center has the technology to pull energy from the car battery.

"Look to schedule specific events when the building is peaking at its highest energy usage," said Bowers. "At that point in time, we can use the car battery to lower that demand. That 15-minute time interval can have a big impact on utilities rate that we are able to save 2-, 3-, 500 a month."

It's a short enough time that the car is still drivable. Bowers said the project has the potential to scale up and is currently being studied.

He also said energy cost savings over the next five to ten years will help them make up some of the costs, as well.

RELATED: When wildfires erupt in the west, their impacts can be felt far and wide

RELATED: How a 1 degree C increase to Earth's average temperature is impacting weather

RELATED: New report hints at what climate change could mean for Colorado

RELATED: Global warming could mean the end of the pika in Colorado. This group is trying to change that.