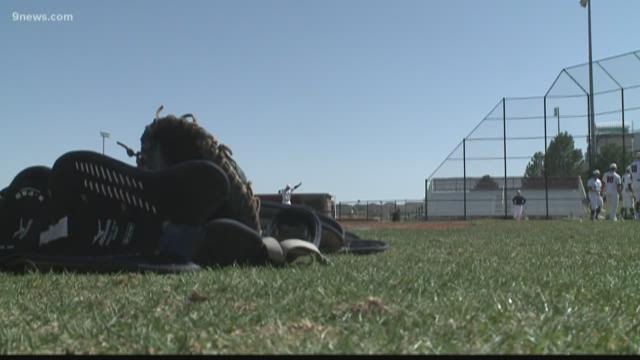 Gavin Bell never expected, or intended for his email from the Texas Wesleyan baseball coach to spread like wildfire across the internet.

One day after, Coach Mike Jeffcoat has been fired.

"I was just trying to get some help about it, and ask people around me like, “What should I do? How do I respond?'" Bell, a senior at Cherokee Trail High School in Aurora, told 9NEWS.

A former coach at Cherokee originally shared the email online. In it, Jeffcoat told Bell that his team will not accept athletes from Colorado because they fail drug tests.

"We have made a decision to not take a chance on Student-athletes from your state. You can thank you liberal politicians," Jeffcoat wrote in the message, dated Feb. 20.

The Texas Wesleyan President Frederick Slabach announced that Jeffcoat had been fired on Thursday morning. He called the email derogatory and said the school does not permit any discrimination.

"This was really never meant to get anybody fired," Bell said. "It’s just hard to see him go because maybe this was just a mistake in his life, and I mean one mistake… I mean, everybody makes mistakes. They’re all human, right?"

Slabach said this email is one of two reasons for Jeffcoat's termination. He would not provide details but said the coach also violated a rule from the National Association of Intercollegiate Athletics.

The HS recruitment director for Slammers Baseball, Byron Embry says the firing was deserved, and kids in Colorado already have a tough time getting recruited because of the cold weather.

"And so our message to America is to recruit kids based on their potential and not the politics of the state," said Embry.

According to the 2018 roster, the Texas Wesleyan baseball team does have a freshman player from Arvada, Colo.

Bell says he does have offers from other schools. He's not sure that he would reconsider an offer from Texas Wesleyan.