Bob Fuchigami was just a kid when his family was forced from their home in California and sent to Amache, an internment camp in southeastern Colorado. 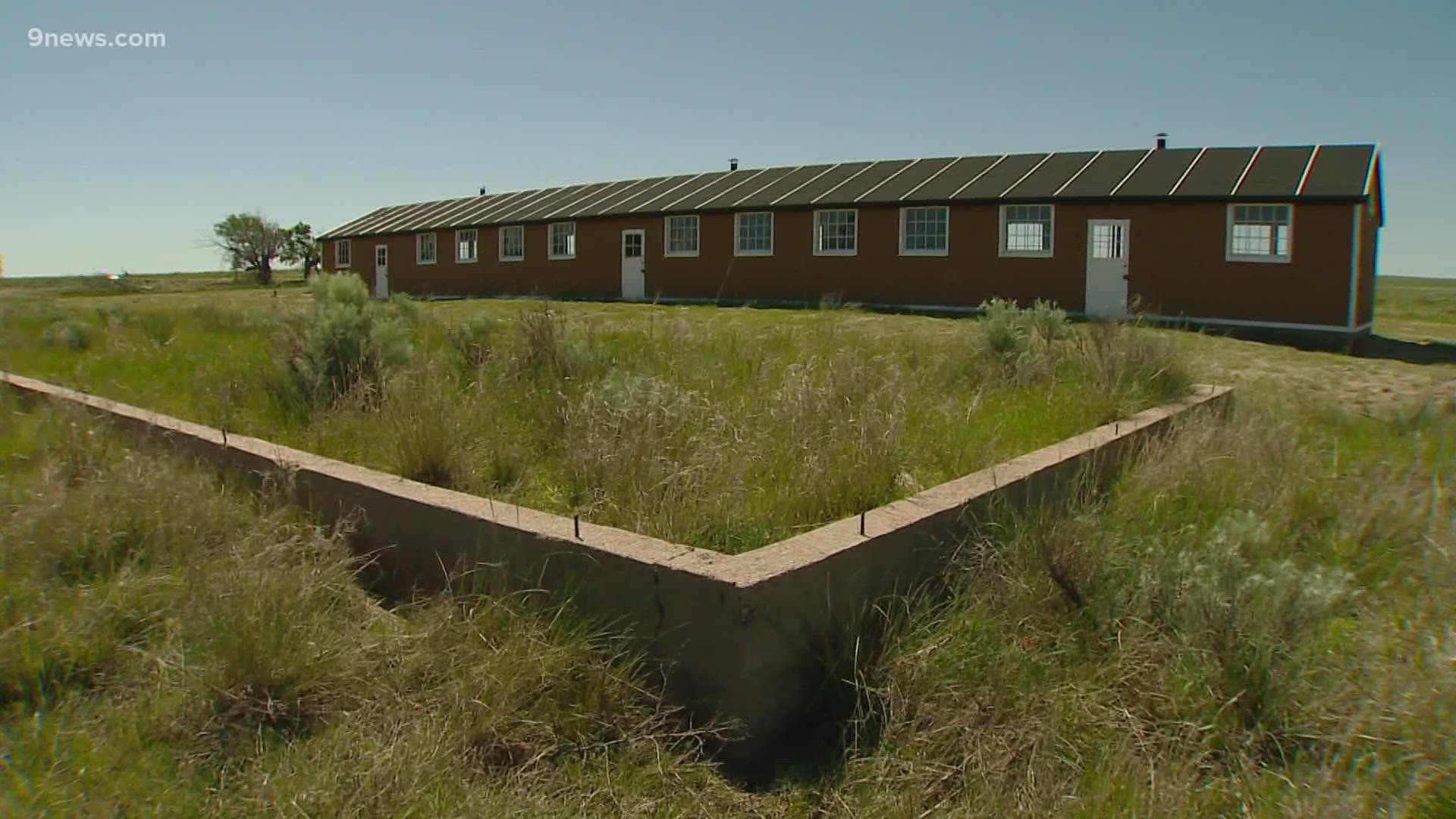 EVERGREEN, Colo. — Before history fills any book, someone lives it.

“If I look a little unsteady on my feet, I’m 91," Bob Fuchigami said, taking a moment to rest on the seat of his walker.

Fuchigami sat for a moment inside the basement storage room of his home in Evergreen where books and binders full of history occupy the shelves.

“I’m trying to sort through it," Fuchigami said.

Fuchigami preserves the history that he lived nearly eight decades ago. He was 11 when the United States ordered the forced removal and imprisonment of his family and more than 120,000 people with Japanese ancestry.

“The reaction was fear," Fuchigami said. “They took it out on us. You know, we were scapegoats.”

Fuchigami recalled his family being loaded onto trucks and trains for destinations unknown.

Fuchigami, his parents and eight siblings had no choice but to leave behind their fruit and vegetable farm in Yuba City, Calif. In September 1942, the family was taken by train to southeastern Colorado to Amache, an internment camp the U.S. government called the Granada Relocation Center.

"This is about a mile square," Fuchigami said, pointing to the site on a map. “It was very crowded.”

“I’ll never forget what they did to us," Fuchigami said.

Fuchigami can't forget, and he hopes his country won't either. In April, he testified in support of a bill sponsored by Democratic Congressman Joe Neguse and Republican Congressman Ken Buck, both of Colorado. The bill would add Amache to the National Park system.

“We believe the federal government ought to lend a helping hand in that effort and adding the park to the National Park Service system will ensure that the site is protected for years to come," said Neguse.

The bill cleared the House of Representatives, and on Thursday, it passed through a U.S. Senate committee. It must clear the Senate and get the president's signature before becoming law.

Neguse said he was hopeful the potential legislation would attract more visitors to Amache, so they can keep telling the story Fuchigami has been telling for 79 years.

“There are very few of us left who were in the camp, who remember what happened," Fuchigami said. “When we’re gone, a lot of the history disappears with us.”

RELATED: How much entrance, camping fees could increase at RMNP