Colorado celebrates Women's Equality Day on the steps of the capital

This year marks the 99th anniversary of women's right to vote 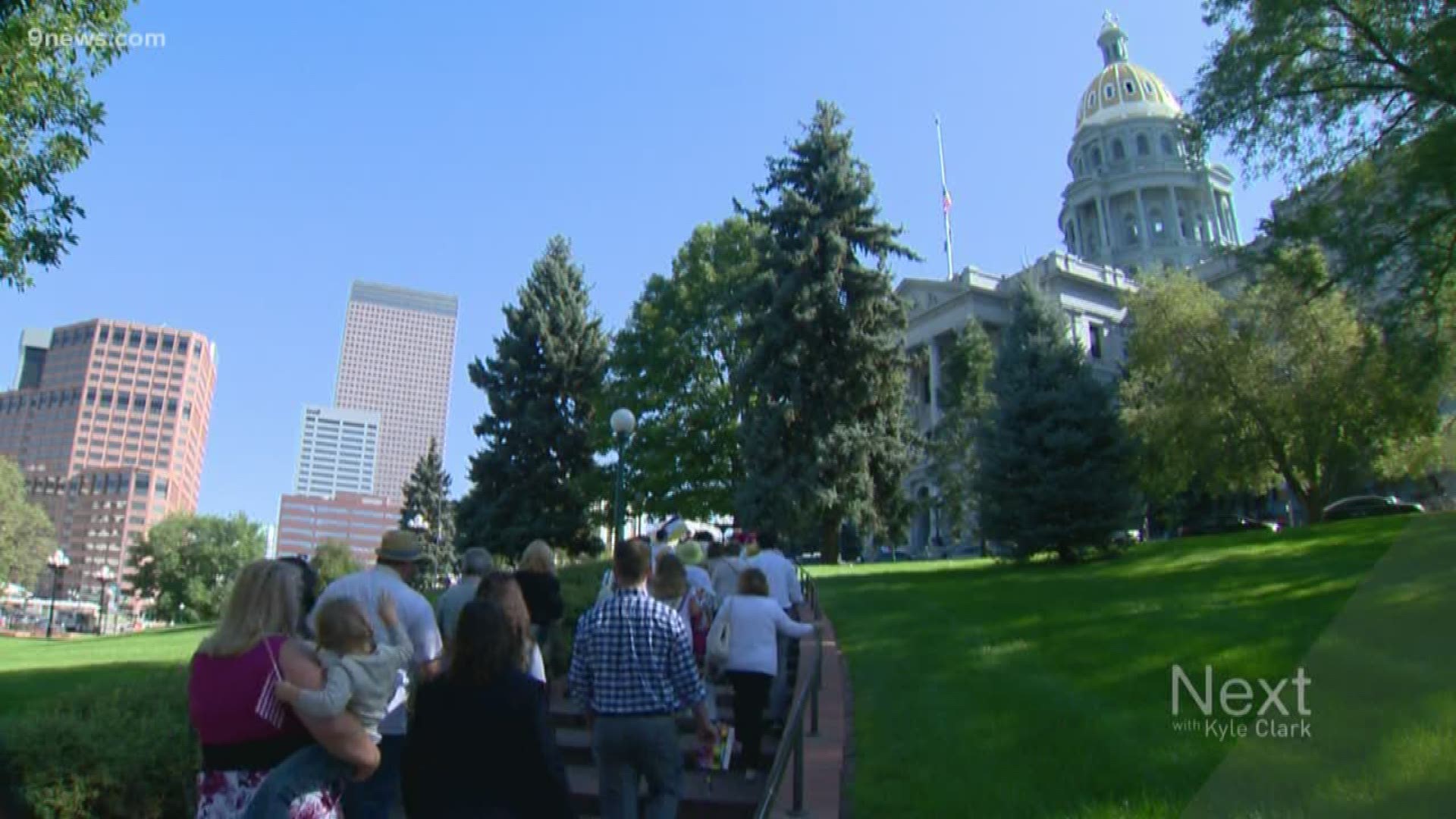 DENVER — Politicians and community leaders on Monday gathered on the steps of Colorado's capitol to celebrate Colorado Women’s Equality Day. This year is the 99th anniversary of the largest voting-rights expansion in American history -- the passing of the 19th Amendment, which guaranteed full voting rights to women across the country in 1920.

RELATED: The Colorado women that played a crucial role in the World War I effort

“It enfranchised half the adult population by removing gender discrimination from voting practices,” said History Colorado Chief Operating Officer Dawn DiPrince. “Quite often, voting happened in saloons, and so that was one of the reasons [why] they didn’t want women to vote. They didn’t want women to be entering into these traditionally male spaces.”

“Women fought for this right. They organized, they went to every community and county in this state of Colorado and they organized voters around this very cause,” DiPrince said

In 1893, Colorado outlawed denying citizens the right to vote based on their sex, a rule that existed in no other state. Wyoming did give women the right to vote before its southern neighbor, however, Wyoming was a territory then, and not a state.

“Not only was Colorado the first state that enacted women’s right to vote by popular referendum, they were also the first to have women represented in their state legislature,”  DiPrince said.

Today, 47% of legislators in the Colorado General Assembly are women, according to the National Conference of State Legislatures, second only to Nevada.

Monday's event launched the Women’s Vote Centennial — a year of guest speakers, community engagement and partnerships in all 64 Colorado counties. The partnerships are with organizations like History Colorado, which has a mission to create a better Colorado inspired by our past.

“We are walking, breathing history and archives in and of ourselves and so when we have beautiful days like today … it’s about those 99 years,” DiPrince said.  “It’s very much about those of us who embody this history and will be carrying it into the future as well.

We had tons of feedback yesterday in response to our story on women's voting rights. A lot of you told us we're not giving Wyoming the credit it's due when we say Colorado was the first state to guarantee women the right to vote. And you make a good point! Wyoming granted women suffrage in 1869. It was a territory then. Colorado was the first state to outlaw denying citizens the right to vote based on their sex, back in 1893 - but as we found out in our research today, four states could technically claim the title. If you want to nerd out over the history of it all, check out this article from History Colorado.