Colorado Congressman Jason Crow will return to DC as the House considers impeaching President Trump following the insurrection at the Capitol. 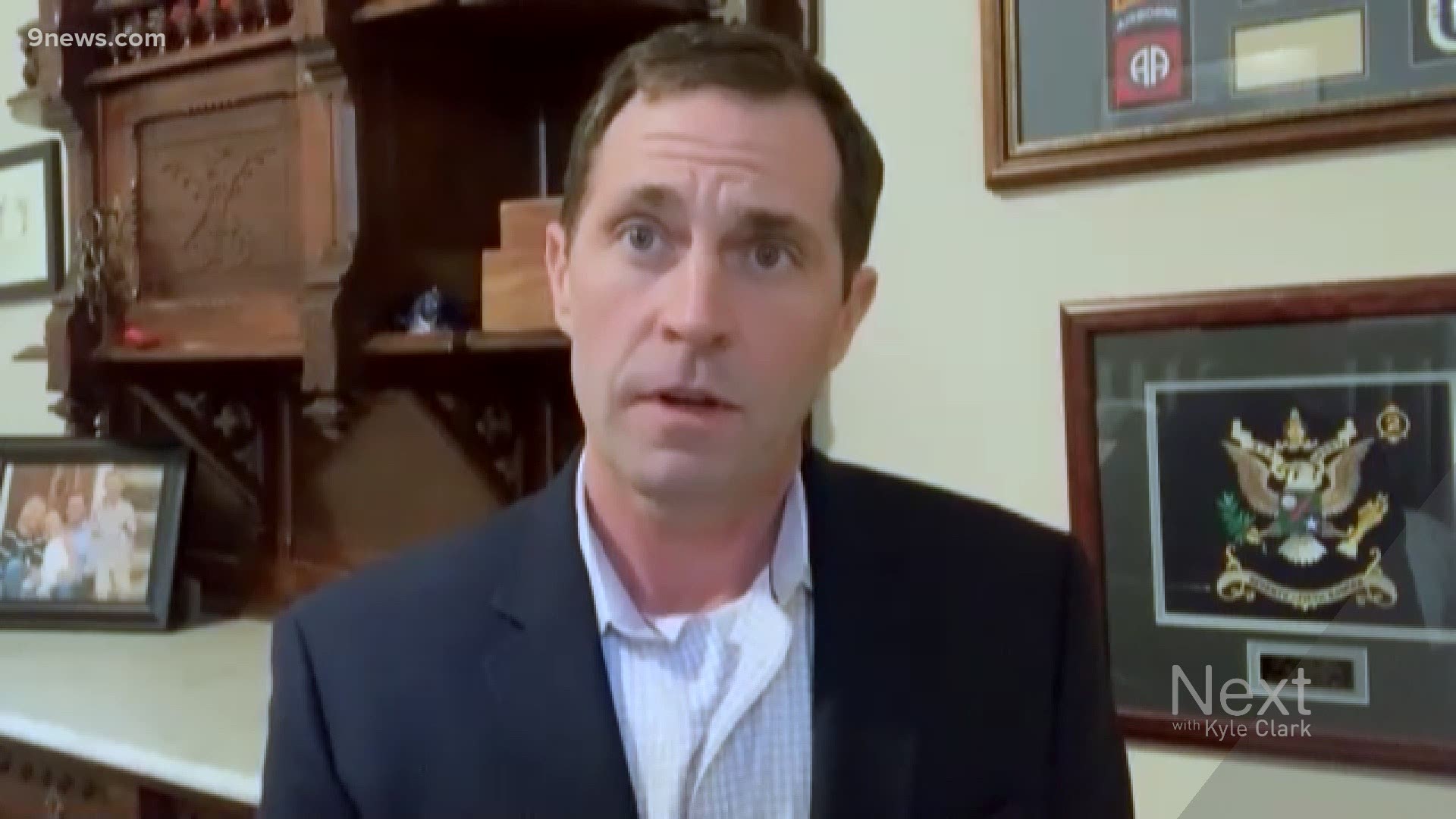 Before flying out from Denver, Next with Kyle Clark asked him if he feels safe leading up to Inauguration Day on Jan. 20.

RELATED: 'We were getting ready to fight:' Rep. Jason Crow describes escaping mob inside U.S. Capitol

These answers may have been shortened or edited for clarity.

Are you concerned about law enforcement, Capitol police or members of the military being on the side of potential armed protests, or attempts of insurrection?

I think we have to be really careful about where the concern lies. The story of Wednesday was a story of overwhelming, incredible bravery and integrity. My experience was [being] trapped in that chamber surrounded by the mob – officers that were willing to put their lives on the line to do their job. We saw officers being crushed by the mob, beaten up and still doing their duty under just extraordinary, difficult circumstances. That’s the overwhelming story.

There are instances of officers that were derelicting (sic) their duty. In fact, two officers of the Capitol police department were just put on leave. There’s word one potentially may have been arrested. And of course, some video indicating less than honorable actions. So we will hold those folks accountable.

There were reports of folks that were in the riot and participated in the insurrection, who are in positions of public trust, whether they’re elected officials, members of law enforcement, current or retired members of the military. We will pursue justice against those folks.

But I did, out of just some concern, just send a letter [Sunday night] to the chief law enforcement officers of the 6th District, both sheriff and police departments, asking them to conduct of review of their force to ensure that no members participated in the assault in the Capitol, the insurrection, because going forward, we have to have confidence in the integrity of that force, even though the majority of them are doing the right thing. We have to support those that are doing the right thing by making sure we identify those who may not be.

When you go back for the inauguration – do you feel safe?

I had confidence going into Wednesday on the security situation in the Capitol. That confidence was misplaced, so I need to figure out what needs to be done going forward to reinspire that confidence, just not with me, but with my colleagues, as well.

Is what you’ve seen from Colorado Rep. Lauren Boebert enough to have you want her expelled from Congress?

I’m still thinking about that, as well. Her actions are disgraceful. There’s no doubt she was part of inciting the riot and the insurrection, and I’m looking at what tools are available to condemn that. It is possible that I want her to leave Congress. I don't think there's a place for people of her immorality and depravity to be in the United States Congress. Whether or not there's a tool at our disposal to do that I guess remains to be seen, and we're doing that analysis right now. It's disgraceful for the state of Colorado that she's in that seat. She represents the state of Colorado to an extent. It's not OK. It's not who we are as a people. It doesn't represent Colorado values, and I'll do what's necessary to make sure that people know who we really are.

If you consider impeachment, do you support the idea of holding onto the articles until after President-elect Biden's first 100 days?

I think we move forward with the articles as quickly as possible. I think we will impeach the president this week, and we should move forward with all haste because the president is a threat to our domestic security, he's a threat to our national security and to the American people. We owe it to them, and our leadership and our oaths require us to take every action possible to ensure the safety and security of the American people and of the world.

The larger question is when we transmit those articles to the Senate and start a trial. Because we saw the birth of a domestic terrorist movement this past week, and we are seeing a number of law enforcement and national security officials step down from their posts in the last couple of days... I'm extremely concerned of the leadership void -- making sure that we have people in place to secure our domestic security our foreign and our national security.

You shared a photo with your kids after coming home on Friday. What was different about that homecoming than any other Friday?

So good to be home and hug the kiddos. pic.twitter.com/S45O0fVmxc

There was a moment on Wednesday when I wasn't sure whether I would come home. Sometimes you take things for granted, and something happens where you just realize what's special to you and you hold those folks a little bit closer then you might have otherwise.