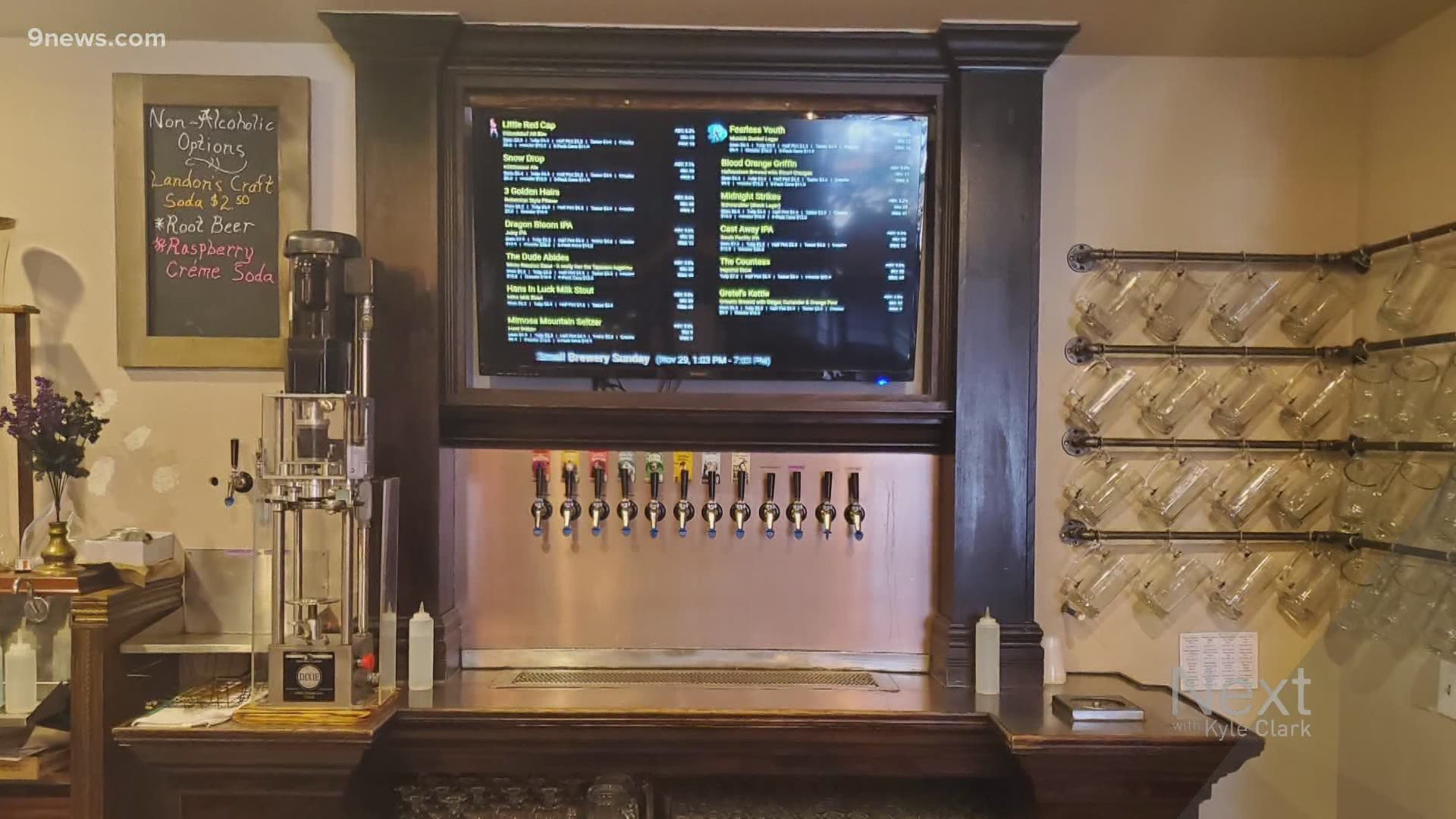 LOVELAND, Colo. — A group of more than 65 businesses in Larimer County plan to keep complying with Colorado’s Level Yellow COVID restrictions, even as their county moved into much stricter Level Red on Tuesday.

The businesses, led by a restauranteur and a brewery owner, argue that the county’s health department is presenting misleading information about case data and their businesses are being unfairly targeted.

“There has been no communication, no dialogue, no response,” said Morgen Harrington, co-owner of Grimm Brothers Brewing in Loveland. “Unfortunately we feel like this is our only avenue of getting the attention of the people we need to be talking about.”

Their letter, which confuses the county’s current 14-day average test positivity rate with a cumulative positivity rate for all COVID tests performed in the county since the pandemic began, says further restriction on businesses will lead to many of them closing.

RELATED: 'We are now past the high point': ICU nurse in Greeley discusses surge, staff shortages

“The shutdowns are going to be a death sentence for a lot of businesses here,” Harrington said.

“We have put everything into this business…everything. If we shut down again and we have to close, it’s not over for us. That weight is carried on for the next 10 years.”

Democratic Colorado Gov. Jared Polis told reporters on Tuesday that the state would enforce the restrictions as they would liquor laws, considering temporary restriction of business licenses for restaurants and bars that don’t follow the rules.

Through a spokesman, Republican Sheriff Justin Smith told Next with Kyle Clark that he has no intention of shutting down businesses.

"Given that the police reform bill makes local peace officers personally liable for violations of Constitutional Rights, the legislature and governor have recognized that we have an enhanced understanding of those rights and an obligation to assure that we aren't infringing on citizen's rights," he added, referring to the law signed by Polis earlier this year.

Further south down I-25, the town of Castle Rock, in Douglas County, held a special meeting Tuesday night to vote on a resolution opposing the elevated COVID restrictions.

The City Council voted to pass that resolution, which now includes a significant amendment -- Castle Rock won't use its resources to enforce Level Red restrictions.

The decision was made after testimony from business owners there.

Among the speakers was Miguel Rodriguez, who owns The Office Bar and Kitchen, a restaurant that the Tri-County Health Department shut down earlier in the day for having indoor dining. Rodriguez said he wished Castle Rock could do more to help.

"It's unfair, very sad, and depressing to be blamed and trolled, to be pointed at, and controlled to the extent of now being referred to us as a criminal. You cannot support us, because you will be supporting a criminal activity," he said.

City councilmembers said they had been exploring ways to help businesses that stay open pay for fines from the county or state. Lawyers advised against it, saying that using town funds for what is now criminal activity is illegal.

Even though Castle Rock won't be enforcing the Level Red rules, the county and the state can still force businesses to comply.

Ahead of the meeting, Mayor Jason Gray told Next with Kyle Clark that the original resolution should not be taken as a suggestion that businesses shouldn't follow the rules, but he understands where business owners are coming from.

Gray, who owns two cafes, described the meeting as a chance for business owners to be heard, and hopefully convince state and federal legislators to do something.

"I think our resolution -- what we're trying to make sure our citizens know is that we're on their side," Gray said. "To close businesses down without a plan, without compensation, is just really really hard, and it should be illegal."

Gray said he planned to follow state protocols so that he will not lose his business license.

He told me he feels Castle Rock's approach is far more constructive - hearing out concerns and sending them to state leaders.

WATCH: The toughest choice of this restaurant owner's career