Colorado's first major COVID outbreak was tied to a bridge tournament, putting an immediate stop to the games that were a social oasis for some high-risk Coloradans. 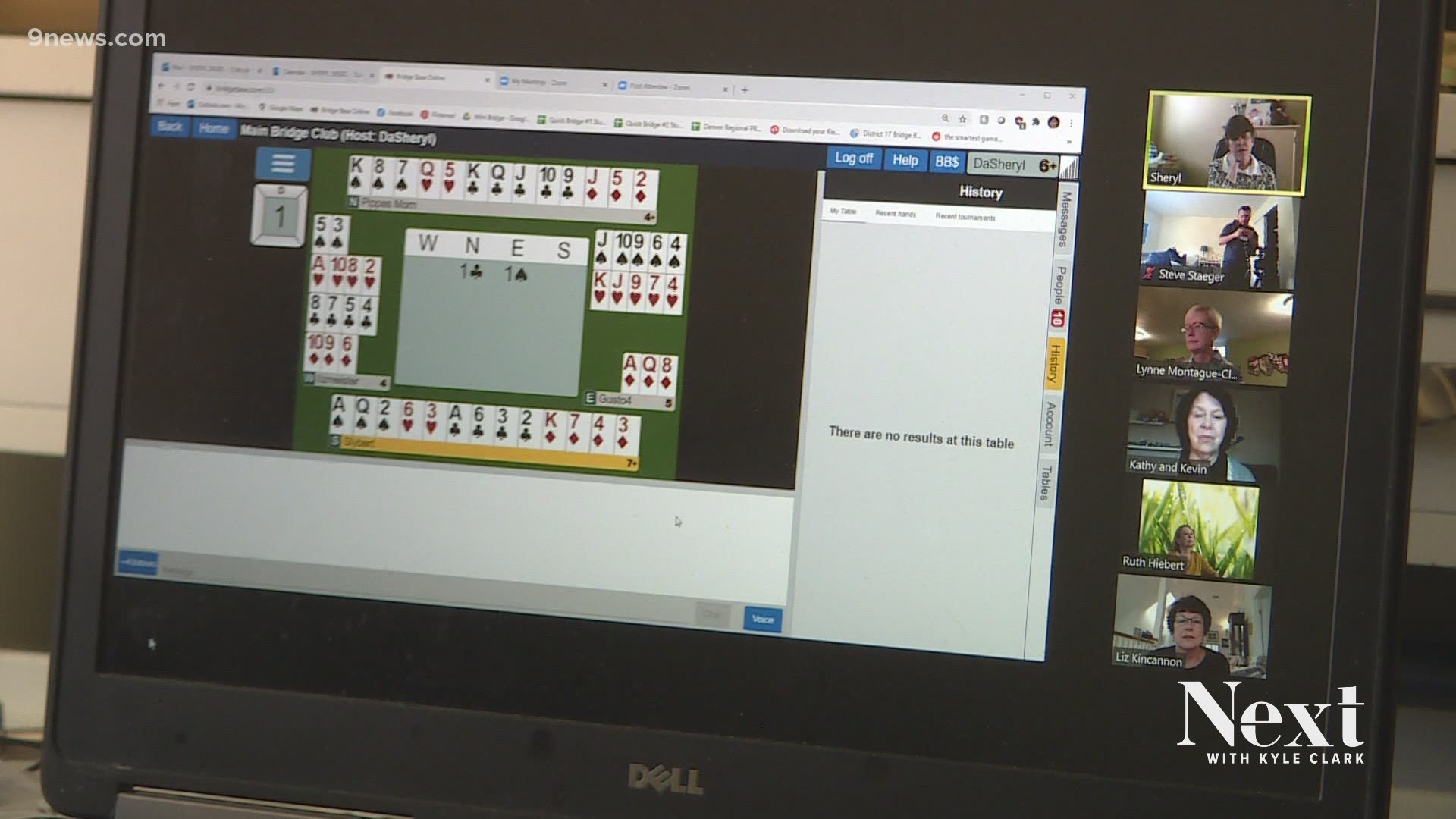 DENVER — Kathy McMahon was shocked when she got a call from a public health official last March telling her she’d been exposed to COVID-19 while playing bridge.

“Within days that bridge club in Colorado Springs was shuttered,” McMahon recalls. “Within a week every club was closed.”

“The stigma of knowing that all of Colorado COVID started in our community was difficult,” Sheryl Siegel, a bridge mentor and player, said.

The pandemic was crushing for people in the bridge community, forcing an end to gatherings across the state.

“Bridge players are social beings they get up in the morning and they get dressed and they go to the bridge club and they see other players and they play their favorite game,” said Siegel.

The average age of bridge players, according to Siegel, is 70. That age group has been most adversely impacted by the pandemic, forced to isolate from family and friends.

Siegel and other bridge fanatics in the metro Denver area have been working hard over the last few months to keep the game alive and give people the social interaction they need.

They’ve moved their regular tournaments online, organized friendly online games linked with Zoom meetings, so the social aspect of the games keep going, and mentored people who weren’t as comfortable with technology to get online.

“Even though we’ve lost that socialization at the table we’ve replaced it with other things that are valuable," Siegel said.

It worked for McMahon.

“Now I play pretty regularly with three different women I’ve never met and we’ve become friends and that is so cool,” McMahon said. “We all can’t wait until the time we can all go out and get dinner together.”

Siegel is also working to bring more people into the bridge community.

“These are people that have time on their hands and what’s not great about learning something new, especially a game like bridge.”

She’s offering a free six-week class called Quick Bridge. You can contact Sheryl at sheryl_siegel@msn.com or Elly Larson at denvermetrobridge@gmail.com to sign up.

RELATED: Life after the COVID vaccine: The science behind why 'normal' can't start again right now